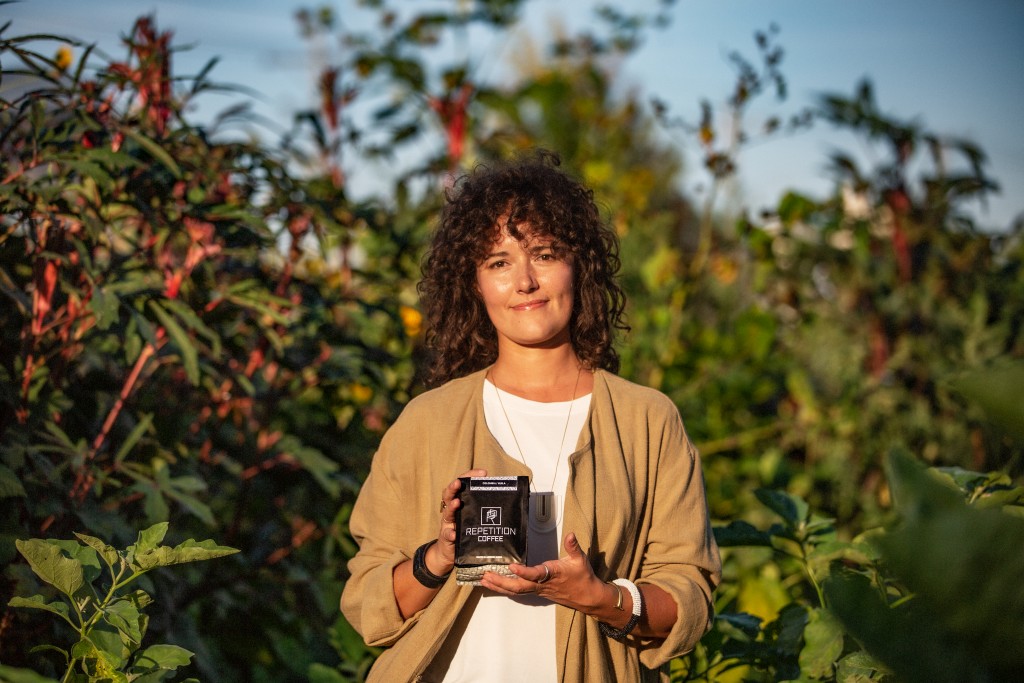 Amy Pope pursued a career in foreign diplomacy before founding Repetition Coffee in Lawrence in 2015. // Photo by Adam Smith

LFK’s Repetition Coffee will celebrate its sixth anniversary Nov. 17 from the comfort of a spacious new 4,500 square foot roasting space at 512 E 9th Street in Lawrence’s historic arts district. A party is planned for that Friday, Nov. 19, and the team also looks forward to participating in Final Fridays regularly going forward.

On Sept. 1, the Repetition team moved from their original 900 square foot residence at 900 New Jersey St. with the intent to expand their roasting operations while sharing floor space with local artists.

Founded by Topeka native Amy Pope out of her garage in 2014 before expanding to a brick-and-mortar location one year later, Repetition had to get creative in order to survive the pandemic. Pope and her team of six wasted little time in reacting to the new realities of the outbreak by launching a free doorstep delivery program to distribute their growing list of blends.

“That worked really well for us and helped us keep our client base. We grew our subscription customers through that because people recognized that they could place a really small order online and it would arrive at their doorstep within the week,” Pope says.

The Repetition crew has worked diligently to get to this point.  This core group is made up of “flow guru” Chelsea Rae, “dancing Swiss army knife” Siena Vance, designer and marketing director Gretchen Mukmin, “skateboarding roaster” Sam Thomas, and “ray of sunshine” Katie Harpstrite, and has remained intact from the Repetition’s inception through the present-day.

“We’re a pretty small team and we haven’t grown at all since we moved. We don’t really have the volume yet to necessitate more employees because, even though we’re growing into this new space, we are still feeling the hit of COVID,” Pope says.

While the team handles most of the roasting, marketing, and distribution back in Kansas, Pope takes great pride in traveling abroad to form strong relationships with those she buys coffee from. Repetition currently sources their beans from a growing list of locales that includes Brazil, Colombia, Ethiopia, Honduras, Kenya, Mexico, Peru, and Uganda.

“I’m in a really privileged position to get to make contacts with those farmers, to get to jump on an airplane and place myself in the middle of the supply chain. I put a lot of care into forming deep relationships with the people I buy coffee from,” Pope says. 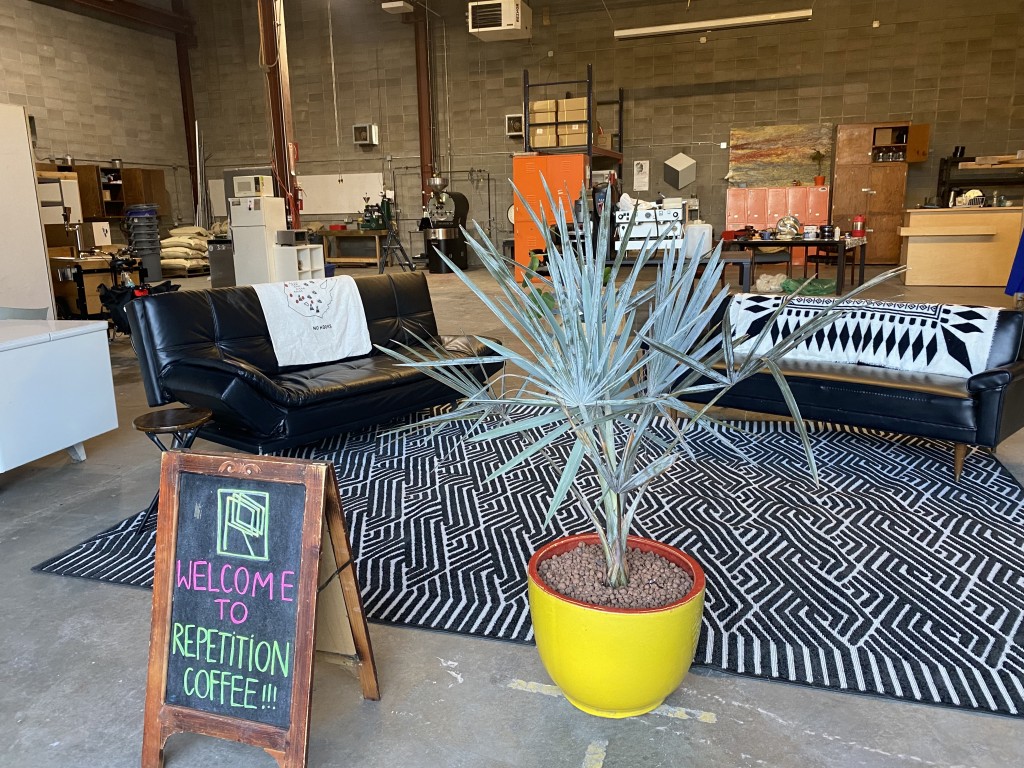 A world traveler at heart, Pope studied and lived abroad for a decade prior to returning to Kansas in 2014. Fluent in Spanish, Pope’s journey included almost five years in Madrid and Spain. The tail end of the trip was spent in Paris, where she completed her master’s degree in international relations and peace studies, with the original intention of becoming a foreign diplomat.

While in Spain, however, Pope picked up a new interest in coffee cultivation.

“I was doing my graduate school program in Paris, where I had done a bunch of studies on supply chains and international trade,” says Pope. “I came back [to the U.S.] and kind of knew that the direction that I wanted to take with the coffee roasting business was to be the green buyer and the contact for everybody that we work within regions all over the world.”

She now uses these diplomatic skills to reach unique roasters around the world. In particular, Pope tries to work with as many female-owned and led farms and co-ops as possible. This growing list includes collectives like AMACA (Asociación de Mujeres Productoras Agropecuarias del Cauca)—based out of El Tambo, Cauca, Colombia—which first formed in 1999 and now boasts 140 active members across the El Tambo municipal region.

Another key value for Pope and her team is sustainability. The new building sources the majority of its power from solar panels and renewable energy, for example.

While the new location is primarily a roastery, the team is looking at ways to craft part of the space to accommodate more sit-in customers in the future.

“We used to do a small café where people could come in. We would set up a coffee shop-style scenario, and our customers could come in and hang out with us and drink coffee. We’ll probably start picking that up here shortly now that it seems like most of our communities are vaccinated and it’s safer. We have a lot we’re looking forward to,” Pope says.