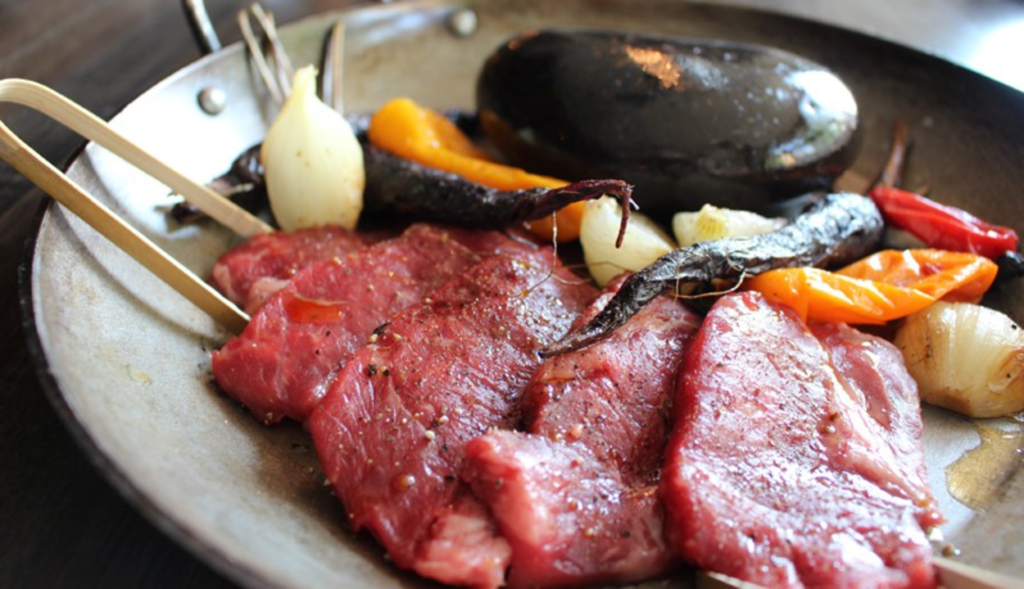 The Country Club Plaza was designed by architect Edward Buehler Delk to look like a neighborhood in old Seville, yet, in 92 years, there has never been a truly Spanish restaurant of note here. That oversight is among the reasons that Alan Gaylin, founder and CEO of Kansas City’s Bread and Butter Concepts, saw visions of paella in his head when he signed the lease on 4807 Jefferson.

Because the restaurant that has come of this vision — República — shares a corporate parent and part of a name with the Tex-Mex-leaning Taco Republic, some early patrons have walked in propelled by a different mental picture.

“Yes, we’ve had people come in here and ask if we have tacos,” Gaylin says. “Not everyone understands that the culinary traditions of Latin America and Spain are quite distinct.”

That may be true, but many Kansas City diners have long been familiar with the notion of tapas: small plates to be eaten with wine or cocktails, often before a late dinner. República joins at least 10 metro venues selling some form of tapas, from the similarly Moorish La Bodega to Sama Zama’s Japanese-style small plates in Westport.

There was nothing Spanish-romantic, nothing even remotely European about the business that last served food here, Ingredient, and Gaylin has done wonders turning the space into a sophisticated, clubby room. Still, his smartest move was to turn the food over to talented young chef Bradley Gilmore — who also oversees Gram & Dun, Gaylin’s other Plaza restaurant — assisted by sous chef Rick Mullins. The two men’s styles mesh well in this restaurant’s exhibition kitchen. If only these fine chefs were actually preparing more of the food. But more about that in a minute.

Tapas are best as a communal experience — meaning plenty of options for plenty of people, and plenty of potential for jamming up a server. But the staff I encountered over four visits to República demonstrated a smart grasp of timing and delivery, along with a real conversance with this menu of some 12 cold small plates and 21 hot choices. It’s a good team that inspires good teamwork among the tablemates being served.

I was more than OK letting others in my party take my share of a couple of the caliente offerings that looked better than they tasted. Lightly fried, crunchy squash fritters were very good naked and even better swathed in red-pepper coulis or mustard aioli, but the version with spicy merguez sausage missed the mark. And I might have enjoyed the jamón coca flatbread I tried one night if it hadn’t been soggy.

More teamwork is called for with the popular Caliente Rock (not a Univision program), along with a fair amount of concentration. For the record, I’m not a fan of dishes that require you to do anything more than pick up a fork and lift food to the mouth. Interactive tasks (this includes fondue and shabu-shabu) rarely rise above novelty status, and if I have to cook my own food, I’d rather stay home. But I admit that I almost warmed to this idea, which centers on a shiny black river rock that has been heated to 500 degrees and added to a shiny pan with roasted seasonal vegetables and 5 ounces of sliced raw wagyu strip steak. Patrons cook the meat themselves, using tiny wooden tongs, on the sizzling rock. It’s still not my idea of fun, but it has the virtue of ensuring that your table will be free of small children.

It’s one thing to ask you to cook your own meal. It’s another to have line cooks unable to properly execute the creations of a restaurant’s top-billed chefs. República suffers from this chain-of-command problem, which is made apparent by the dishes’ inconsistency. Gaylin, Gilmore and Mullins seem aware of this. There has already been a change in the kitchen staff, along with a serious menu tweak; gone are the whole grilled fish, the lamb shank (which will return on a future menu in the colder months) and the chicken-fried rabbit.

I’d like to say I’ve had visions of paella in my head since I first ate at República, which offers five preparations (two per day) of the saffron-informed rice dish, but my feelings are mixed. I’ve tasted — and loved — a couple of the less traditional choices here, both of them free of the traditional shellfish. The game-bird version is generously blessed with moist pieces of quail and duck (so decadent, it’s made for sharing). And the “From the Market” paella, made only with seasonal vegetables, was filling and good, expertly prepared with crisp snap peas, baby carrots, squash and heirloom tomatoes.

Among the tapas, most of the standbys here are excellent, including the pork albóndigas meatballs served with Green Dirt Farm cheese, and the sautéed shrimp that come half-drowned in garlic and chili oil (but served with plenty of excellent grilled bread).

Only four desserts are offered, including a smooth habanero and vanilla-bean flan (light on the peppers) and a chocolate-hazelnut torte sided with a dollop of creamy white-chocolate-peach mousse. I’d order either of those again.

When República is in top form, this newest entry into the Plaza restaurant scene is an exceptional experience. And even when it’s not, the place remains a step up from most of the nearby corporate chains. But Gilmore and Mullins must become more hands-on — or hire better talent behind the line.