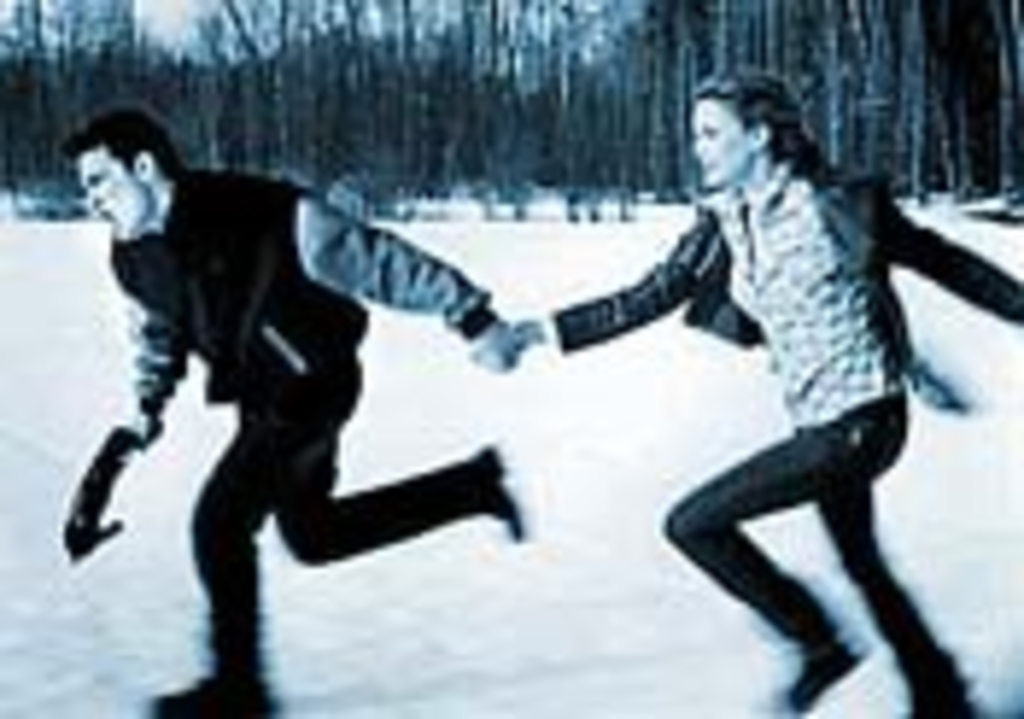 It’s hard to tell whether this movie was meant to be taken seriously. On the one hand, it’s a thriller by John Frankenheimer, who directed The Manchurian Candidate and The French Connection II. On the other hand, it relies so heavily on by-the-numbers plotting and silly clichés, it’s hard to imagine someone with Frankenheimer’s experience meaning it as anything but a joke. Even as a joke, it doesn’t amount to much.

The problems start early on in the story, right after car thief Rudy Duncan (Ben Affleck) is released from prison. His best friend and cellmate, Nick, has recently been killed in a fight, and Nick’s pen-pal girlfriend, Ashley (Charlize Theron), is waiting for her lover outside the prison gates, unaware of his demise or even of what he’s supposed to look like. Of course, Rudy doesn’t tell her the truth — if he were that smart, the movie would be over in 20 minutes. Instead, he decides to impersonate Nick, which leads to big trouble when Ashley’s psycho brother (Gary Sinise) shows up and forces Rudy to help him plan a robbery at a casino where Nick once worked. Rudy has even gone so far as to dump his ID immediately after meeting Ashley, thereby ensuring that he can’t prove his real identity at any point in the film.

That’s not the dumbest thing he does, either. His attempts to outwit his captors are laughably inept, and the only reason he manages to survive at all is that the villains are actually thicker than he is. Sinise is more greasy than menacing, and his cohorts are a truly sorry lot. They even commit the greatest mistake any movie bad guys can ever make, stopping to explain their evil plan after they’ve captured the hero, giving him ample time to escape. Haven’t these guys ever seen a James Bond film?

Screenwriter Ehren Kruger, who wrote the deliriously self-referential script for Scream 3, throws in some good lines (Rudy insults Ashley by telling her, “I had better sex in prison”) and entertaining (if completely implausible) plot twists, but most of Reindeer Games could have been written by a computer. Frankenheimer hasn’t lost his skill at staging chase scenes and shootouts, and he does his best to breathe life into the flat material. Even old pros have their limitations, though, and no amount of chasing and shooting can make this anything more than a mediocre B-movie. (R) Rating: 5