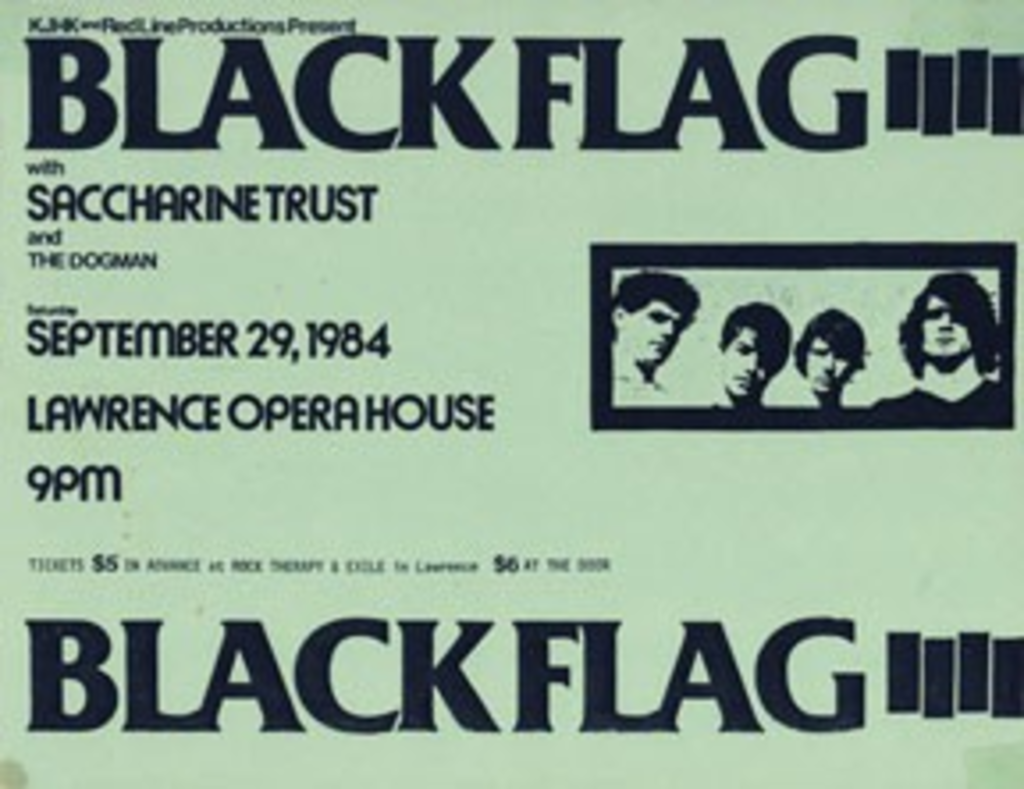 Butthole Surfers, Naked Raygun, Black Flag, fucking MINUTEMEN — these are just a few of the bands whose performances at places like the Foolkiller in KC and the Lawrence Opera House were captured by the fearless, underground, compact tape recorder of a dude named Jason Willis.

For the past couple of months, Willis has been posting these concerts (as well as art clippings and commentaries) for download at his blog, Oxide Flake. Says Willis in the About section:

Oxide Flake is an online repository in which to share digitized versions of the cassettes that are slowly turning to dust in my closet. While primarily an outlet for the various live recordings I made (or in rare instances was given) back in the early to mid 1980’s, I also plan to load it up with demos, cassette comps & other tape-based nonsense as time permits; combining the audio files with a dose of related print ephemera (local zine interviews, reviews of the shows being shared, etc) when possible/appropriate.

It is my belief that in this manner I might finally wash my hands of the apparent compact with the future I unwittingly made at the age of 14 when I decided to document this stuff in the first place.

Willis has also been posting punk ephemera — until January of last year, it seems — at his other blog, Scar Stuff.