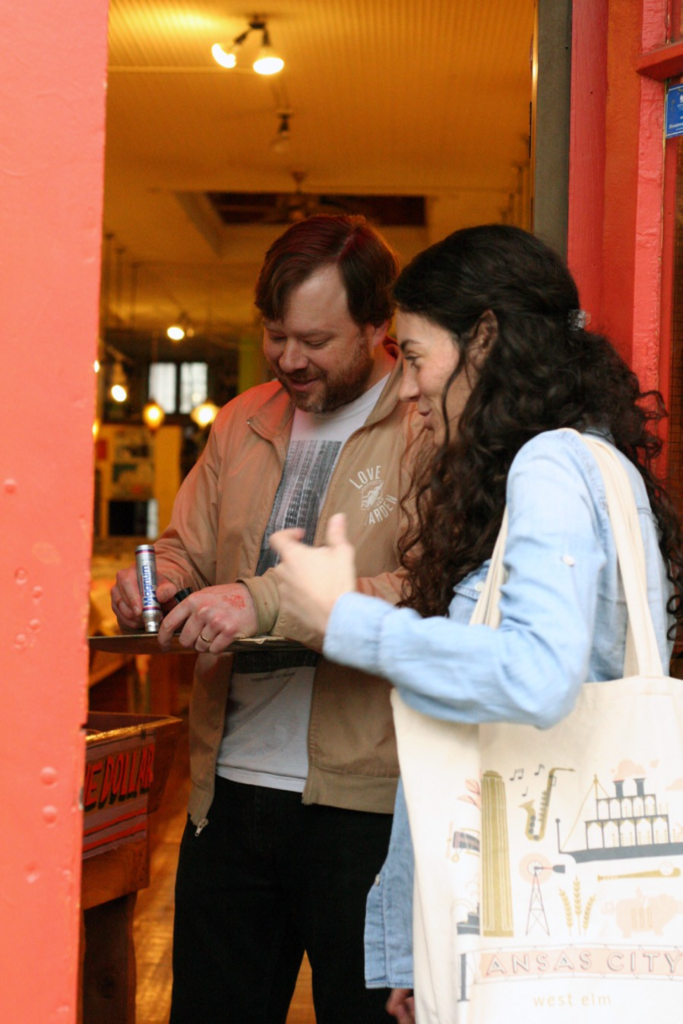 Saturday’s forecast wasn’t so much about chances of rain as absolute guarantees thereof. Anyone hoping not to be thunderstormed upon was woefully (and wrongfully) optimistic. At 8 a.m., Love Garden owner Kelly Corcoran handed out numbers to those waiting in line at just a little before 8, reasoning that it was “going to storm like a motherfucker, and it wouldn’t be cool to make people stand around.” It let everyone not under the Ernst Hardware awning an opportunity to run for cover and hunker down somewhere for breakfast. 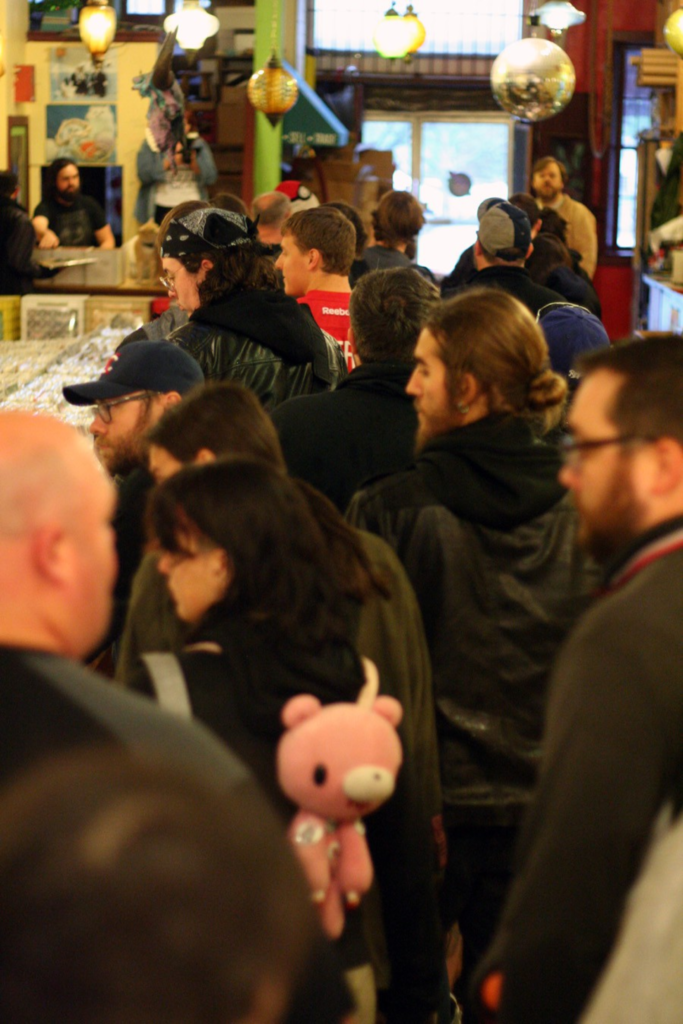 The shop opened at 9:30, half an hour early, and filtered people through at a number every couple of minutes. Those waiting for a crack at the exclusive releases happily chatted and dug through the rest of Love Garden’s stock. It was a slightly damp crowd, but they seemed pretty happy. Even the first person in line, who looked slightly dazed — unsurprisingly, given that he’d begun waiting at 1 a.m. — seemed pleased with his haul.

After 30 minutes inside, I left $95 poorer, four records richer, and headed out into the drizzle and eastward to Kansas City. 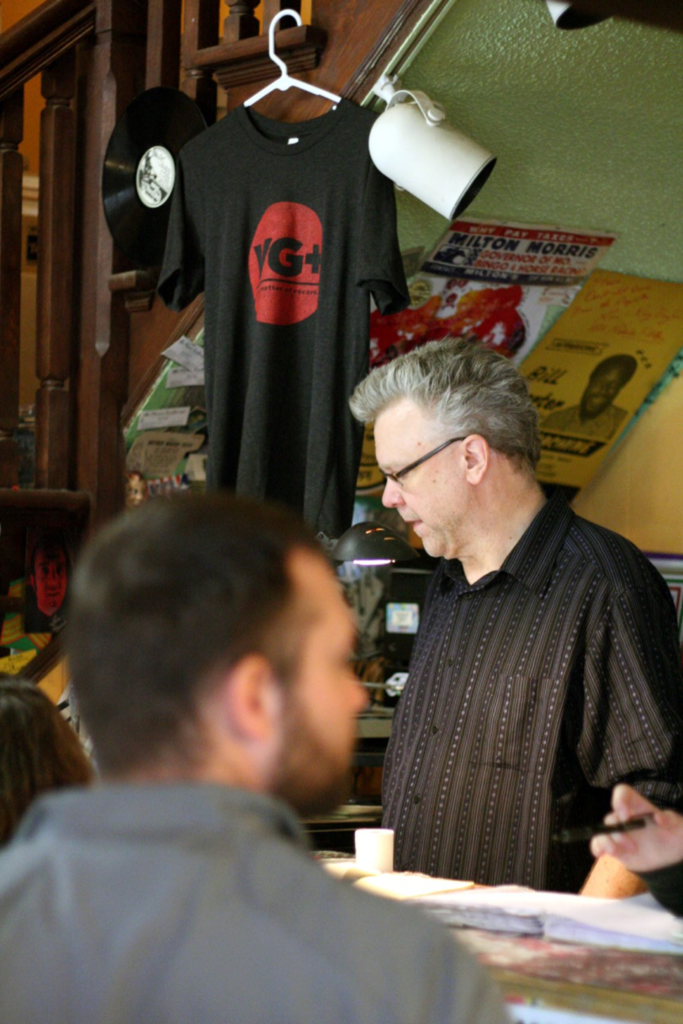 My first stop in KC was Zebedee’s, which is currently looking for a new place because its lease ends in June and won’t be renewed. I spoke with owner Dave, who said they’re looking at several locations but would likely stay in midtown. While something like the Crossroads seems an ideal location, ripe for a record shop, with the money required to promote the move — buying all new posters, shirts and the like, to say nothing of the move itself — it seems unlikely.

The store will be spending May trying to reduce stock, so keep an eye on Facebook for sales. If you happen to know of a good spot on Troost, let them know there, too. Here’s  to hoping they find a similar spot. Listening to R&B hipshakers in what’s essentially a living room is too cool an experience to give up. 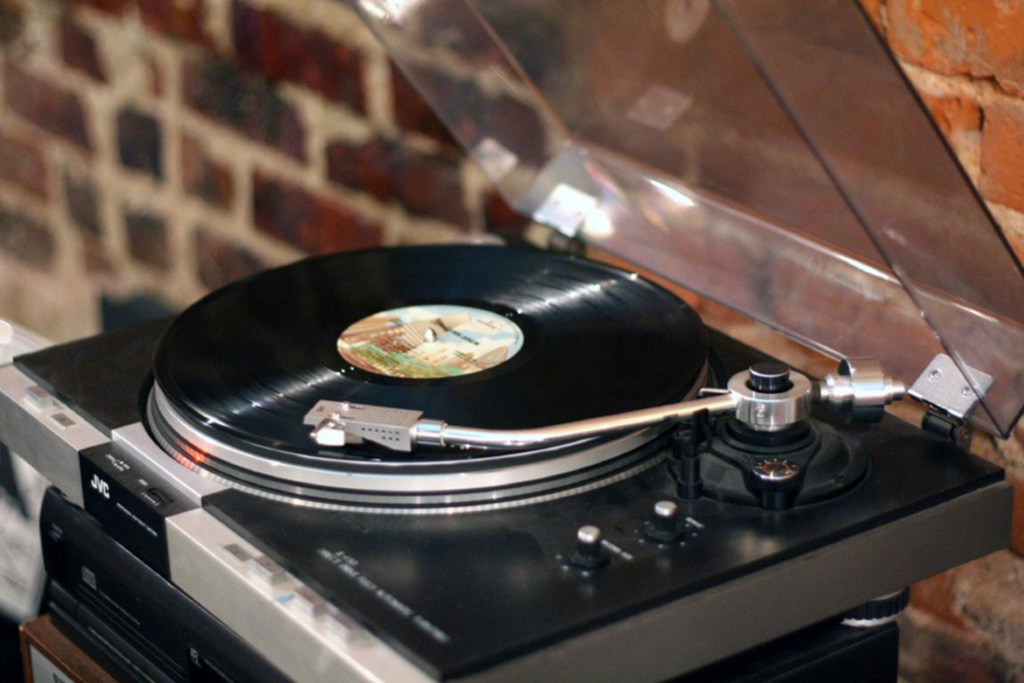 Right down the road, Vinyl Renaissance had a steady stream of customers flowing through the store. Talking to Coleen Shaw-Voeks, who was greeting folks as they walked in, it seems that, as they opened at 8 a.m., they had pretty much everyone in the door before the downpour started. The experience at the shop was chill as hell, and the invitation to take a doughnut as you came or left really gave an inviting feel to the whole record digging experience. 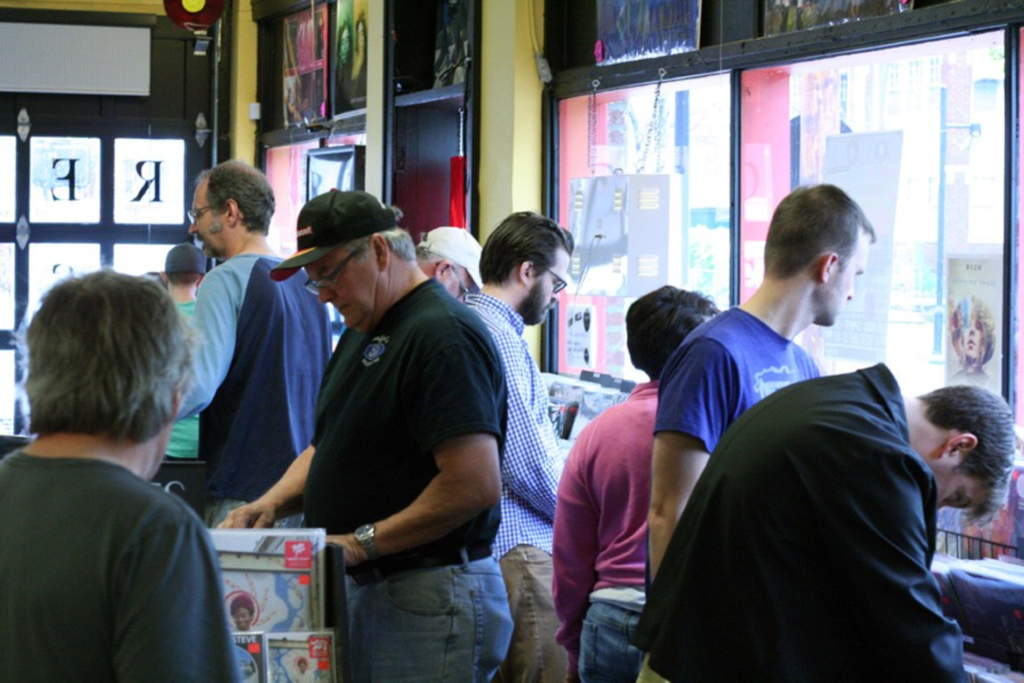 Records With Merritt had about as many customers as could comfortably fit in the little Westport Road shop. Still, people were politely elbowing past one another, digging through the store’s selection of new wax. What made the stop here novel was that Records With Merritt had the only exclusive local release of Record Store Day: a seven band compilation of all the bands playing that afternoon, on a lathe-cut 12-inch. The original parking lot plan had gone by the wayside, what with the continual drizzle that never seemed to abate all morning long. The Mr. and the Mrs. were setting up inside as I wandered around and debated grabbing a beer from the tub by the counter. Given that I still had one stop to make, drinking and driving seemed like a bad idea, so I wandered on down Westport Road to my final stop. 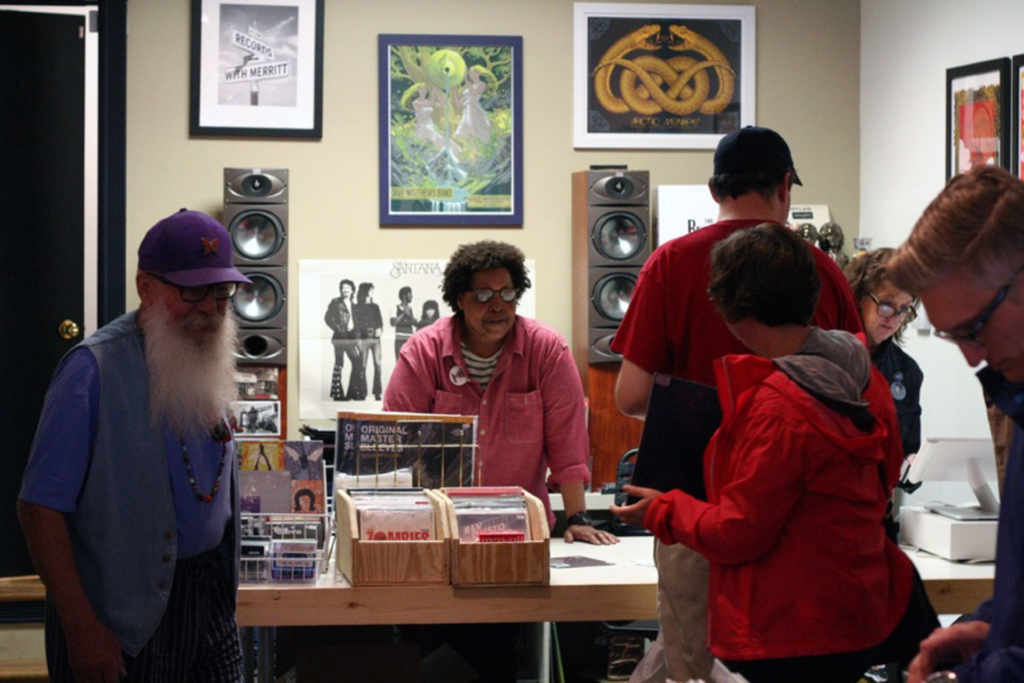 As expected, Mills Record Company was packed. Even with the expansion, both sides of the store were loaded with people, and the chatter was loud and enthusiastic. Owner Judy Mills was in good spirits, talking with regulars and new customers alike, with her and all the employees helpfully directing people to the albums they were after. Their outdoor show actually happened, with the bands under a tent and every electrical connection checked and double checked by Britt Adair, and the weather even managed to abate for the last few bands. 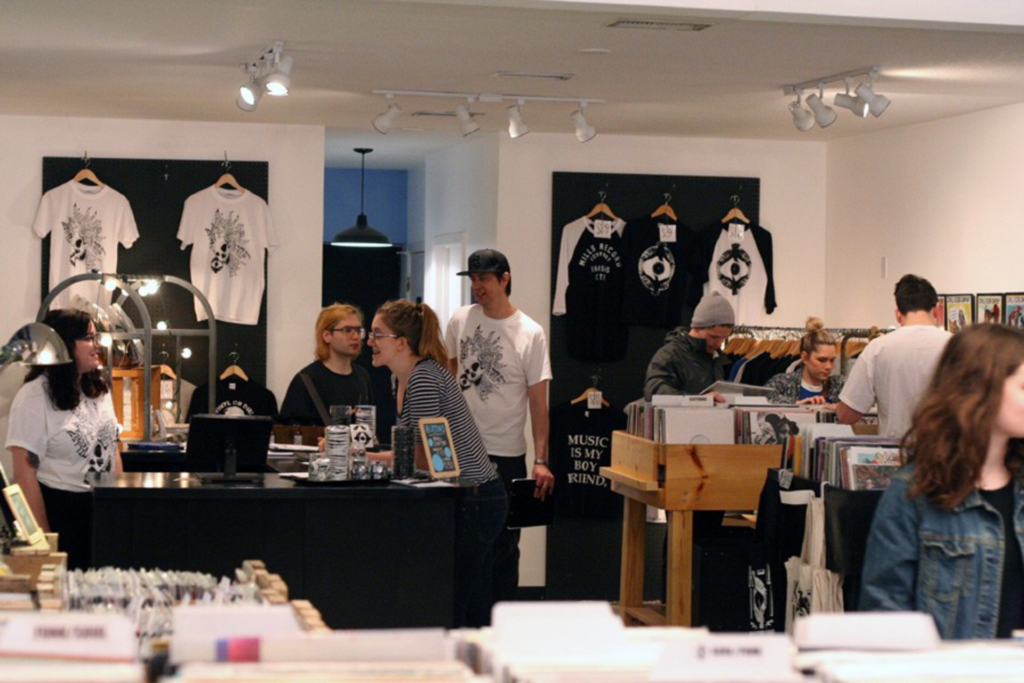 After six hours and five record shops, it was time to head back down the highway, but despite an incessant dampness that never abated, it was hard to be in poor spirits. Every customer seemed to have a story of how they managed to get their hands on something they were jonesing for, and for all the talk of major labels co-opting the whole Record Store Day experience, I didn’t run into a single person in my travels who felt taken advantage of. I think that’s less to do with the “holiday,” though, and far more to do with the people behind the counter at these shops.