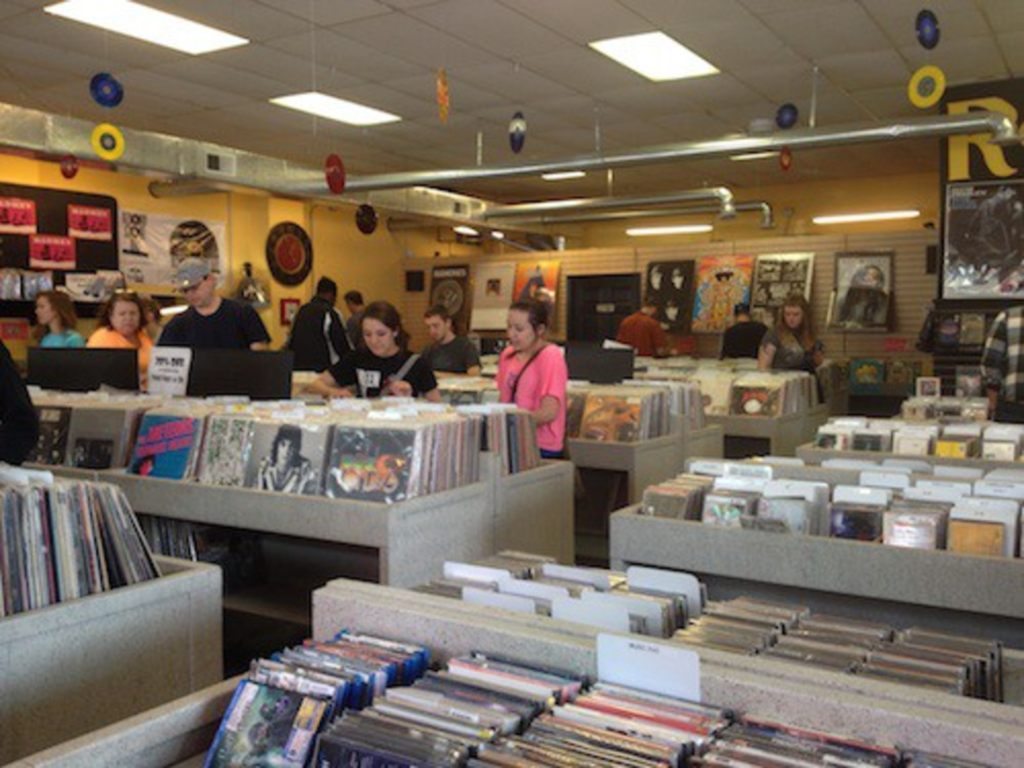 This year, we wanted to focus on capturing Record Store Day around Lawrence and Kansas City. We sent writers to Love Garden Sounds, Mills Record Company and Vinyl Renaissance. If you didn’t make it out, here’s your chance to live vicariously.

It was call time for the 39th street Vinyl Renaissance location at 11 a.m.; I assumed I’d be facing mayhem right on time. (I even stayed relatively sober Friday night, so as not to upset my brain waiting in the lines and heat on Saturday.) Right at the beginning, Vinyl Renaissance was clustered with steadfast vinyl elitists, but I couldn’t help feeling that the initial turnout was lacking. But it was still relatively early in the day, so I didn’t think too much into it.

After getting inside and out of the beating (but welcomed) sunshine, I noticed all sorts of ages, looks and groups eagerly crate digging for selections and specials. I picked up a Cash record in the specials section, and couldn’t help but giggle at the intense concentration some of the browsers were radiating. It was pretty inspiring seeing all of these genres of people coming together, united under a blanket of musical discovery.

The saga of unearthing tuneful treasures continued on, and staff members were willing to help out. Around 2 p.m., sound and band equipment for the bands were just about ready. Featured sets by Katie Herzig, Mat Shoare, Fullbloods and Akkilles were scheduled, and things kicked off at about 2:30 p.m. Each group played around six songs and set a mellow scene for the sunny afternoon. 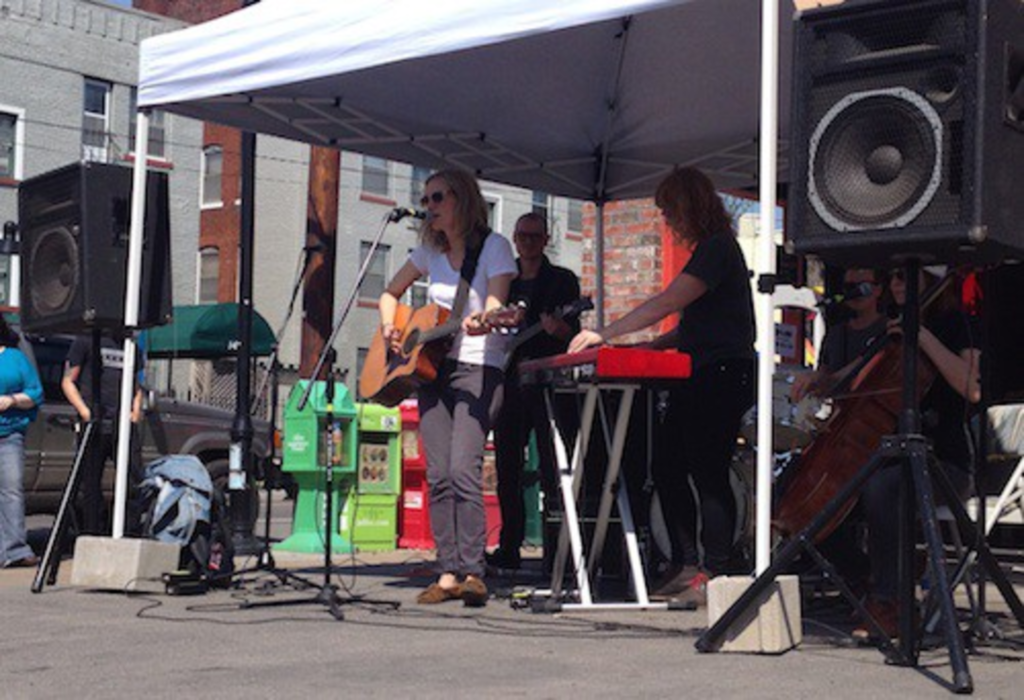 Katie Herzig, who was in town for a show last night at Kanza Hall, swayed the steadily growing number of listeners on with the help of her four-piece band. It felt like an intimate Emmy the Great show, minus the adorable London accent and casual swearing.

I have an unrequited love for any song where a drummer uses steel wire drum brushes – so the song “Lost and Found” probably took the Katie Herzig cake for me. It featured charming cello plucking and solid harmonies by the two other female members. 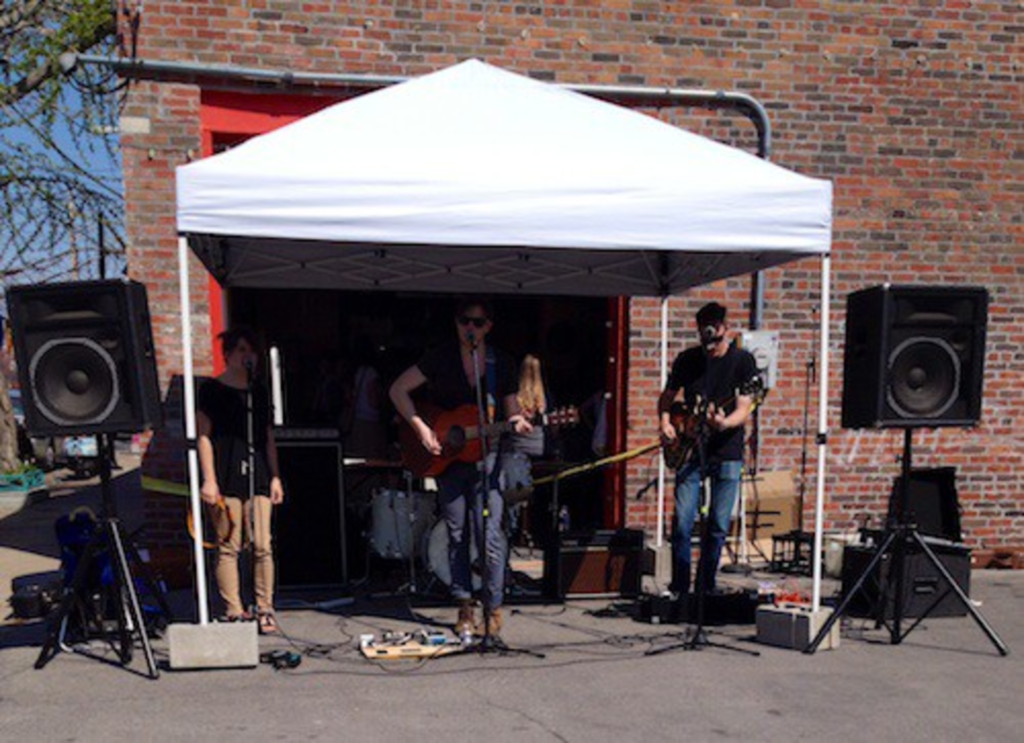 Akkilles followed next. I saw the group at Recordbar about a month back. I enjoyed the band then, but even more so this time. David Bennett has a way with ambient, lo-fi pop, and for the Vinyl Renaissance showcase, Akkilles’ music was restructured to feature mostly acoustic, instrumental elements over fancy pedal effects.

After Akkilles, my heat level had reached an all-time high, so I ventured inside to cool off and check out what people were buying. A couple of the staff members noticed a lot of rock, thrash metal and hip hop selling, and, of course, most of the day’s sales were coming from the exclusive specials. The RSD specials’ line had been out the garage door before the bands started.

I took my brief in-door respite to observe the scene. The chaos had died down at Vinyl Ren, but there was still a lot of browsing and crate digging. Families with children perused the close-knit aisles while vinyl enthusiasts snooped on what others were checking out (myself included).

“Nowadays, I don’t go to shows anymore,” a 60-something year old guy said to me. “I ain’t paying fifty bucks for a show… Baby, it just ain’t worth it.” The man pointed to a Sly & the Family Stone record at the front of a bin. “This is what was right,” he said. “I bought this record for $4 back then, but I enjoy it now.”

This guy was on to something. Record Store Day calls attention to the pleasures of remembrance you get listening to an album on vinyl, and helps honor those righteous buffs that entertain themselves with genuine, artistic form. Days like this are meant for these dedicated aficionados sharing the knowledgeable wealth of music with the less experienced, in turn, nurturing new vinyl nerds. This is what makes days like these all worth it – even if conversations can get a little strange.

I moved back outside and tried listening to the rest of the bands. Fullbloods and Mat Shoare extended the warm melodic mood, but the sun took its toll on me, and I took to listening from Mud Pie’s shaded deck instead. I felt way too forced to maintain a focused mind when the sun and bands were so calming – in all, not a bad way to spend one’s Record Store Day.