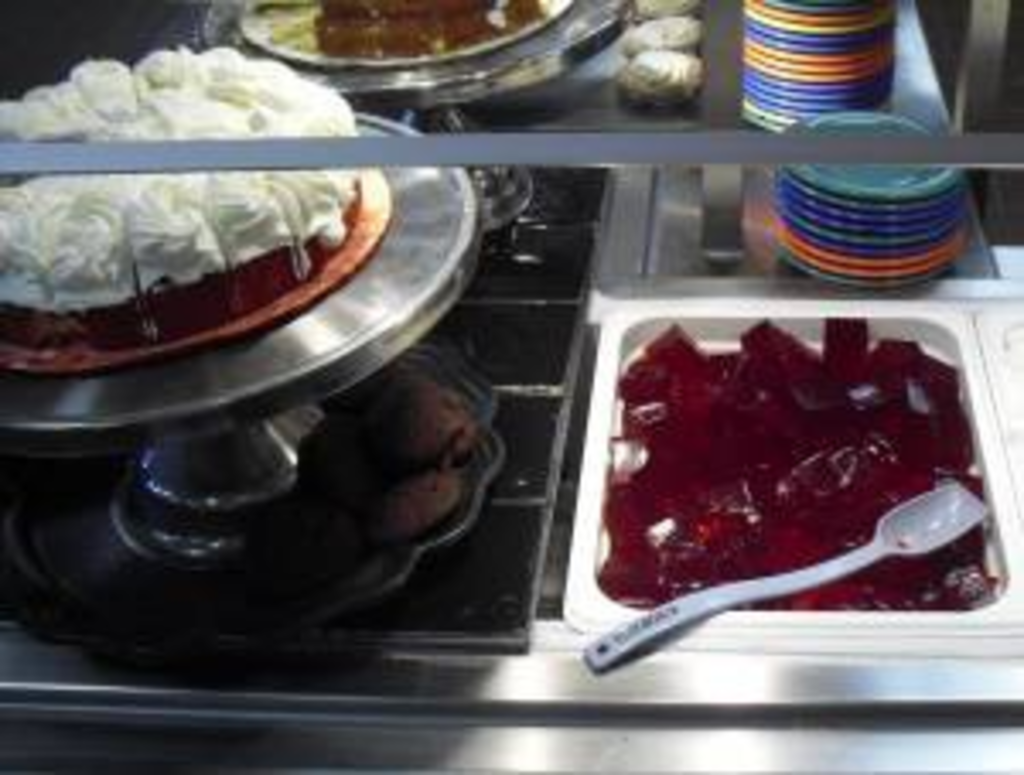 ​A Fat City reader e-mailed us to say that this week’s post about the Joys of Jell-O — which expressed our concerns that too few restaurants were still serving America’s favorite gelatin dessert — had left out the dessert display at the 11-month-old Golden Corral Buffet & Grill (8800 Northwest Skyview Avenue in Kansas City North).

The manager of the restaurant — which is the new prototype for this North Carolina-based buffet-and-grill chain — told me that the well-laden dessert station in the restaurant, called the Brass Bell Bakery, always offers a selection of sugar-free gelatin cubes along with the pies, cakes, cookies, soft-serve ice cream, two kinds of fruit cobblers, very good bread-pudding and old-fashioned banana pudding made with vanilla wafer cookies.

I had never been to a Golden Corral, assuming it was one of those dumpy, 1980s-style cheap steakhouses like a Ponderosa or a Bonanza (or a Ryan’s Grill & Buffet, which still seem to be doing a beefy business out in the suburbs). Actually, the Northland’s Golden Corral has more in common with the casino buffets — but without the pungent aroma of cigarette smoke and the clanging bells and sound effects from the slot machines.