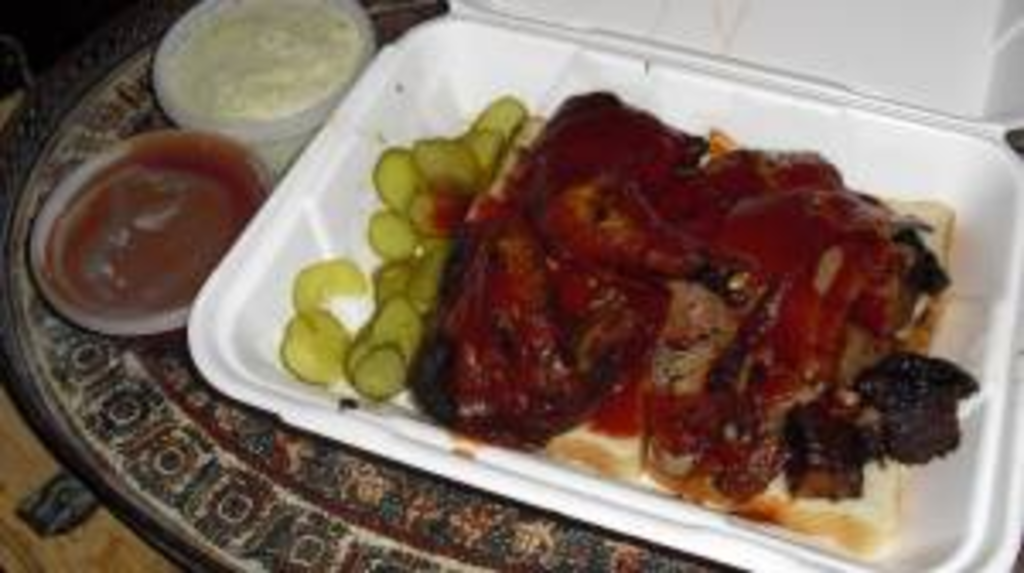 ​This week Burger King officially threw its rib into the casual dining ring, introducing Fire-Grilled Ribs to its restaurants in major markets. The ribs are grilled on the new batch broiler units that most of the Burger King outlets have already installed. They’re retailing for less than $8; an 8-piece meal, including drink and french fries, is being marketed for $8.99.

For just a little bit more, though, you can get more from a local ‘que joint. The Smokestack BBQ at 8920 Wornall offers the “Smokestack Slab Dinner for Two,” a slab of hickory-smoked pork ribs with steak fries, cole slaw, pickles and toast for $22.95. If you’d prefer a bunch of barbecue without ribs, there’s the Smokestack Dinner for Two with a half-chicken, two sliced meats, steak fries, slaw, pickles and toast for $22.95. Both these meals can easily be shared by three adults.

And the two Zarda Barbecue locations, in Blue Springs and Lenexa, offer a $17.99 Variety Plate that easily feeds two hungry people: any two sliced meats, 2 ounces of sausage, 3 ounces of bunt ends, one-fourth of a smoked chicken, a rib snack, two side dishes, bread and pickles.