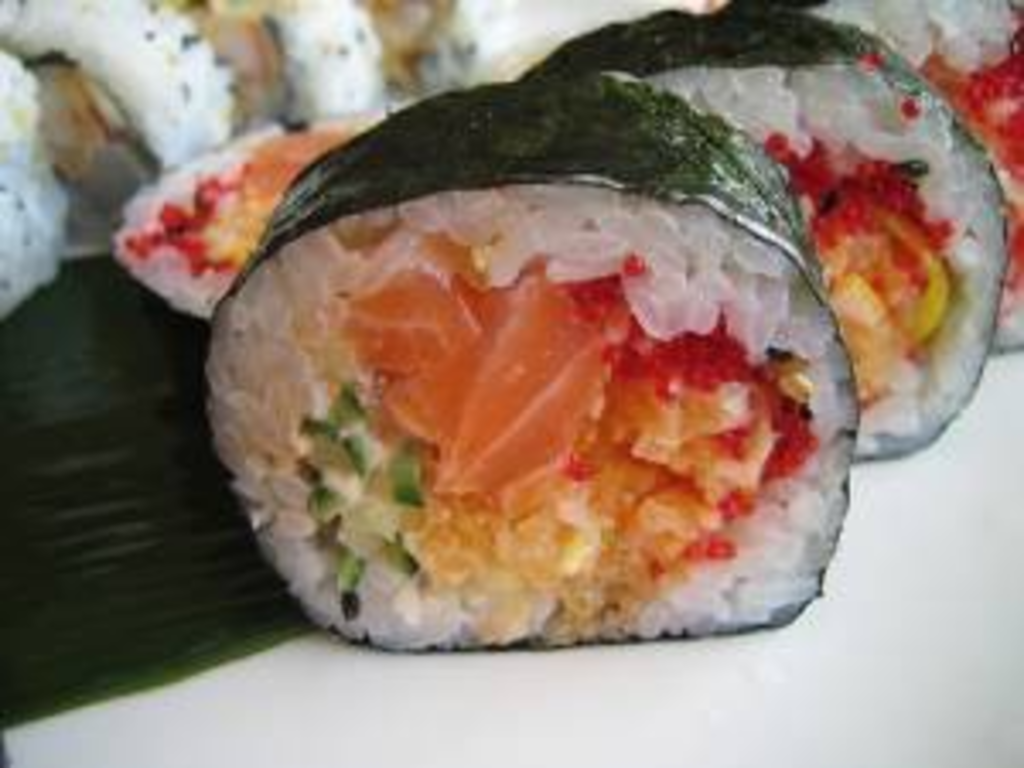 ​If your idea of heaven is a quiet Sunday with a newspaper, a cup of hot tea and a plate of maki sushi rolls, Ann Ai, the owner of Edokko Restaurant — 8615 Hauser Street in Lenexa — has a deal for you. On Sundays only, from noon until 9 p.m., diners can order as many maki rolls as they want for $24.95. The list includes traditional favorites like the California Roll, Philadelphia Roll, shrimp tempura roll and a Dynamite Roll along with her chef’s own creations, like the Green Devil Roll made with spicy crabmeat or a competely different roll named in honor of Lenexa that’s made, interestingly enough,with imitation crab.

Ai says that so far, the record for maki mayhem goes to a table of burly guys who come in to watch the football game on TV, down a couple of beers and gorge on maki rolls. “They’ve eaten eight rolls each,” Ai said. “That’s a lot!” And since the rolls average about five bucks each, they got their money’s worth.