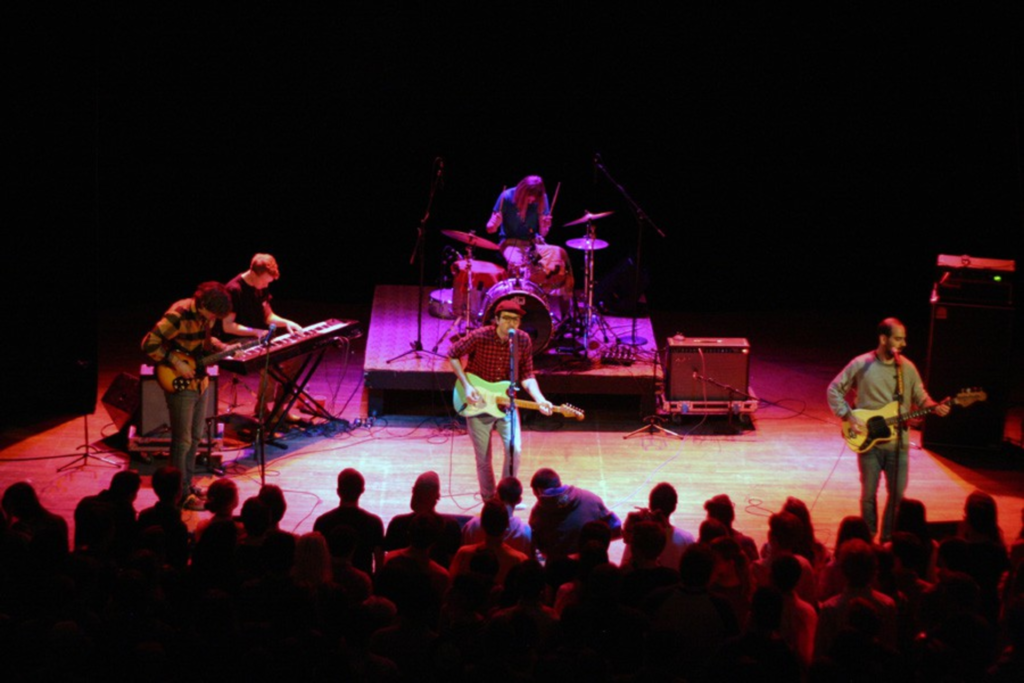 A wonderful evening in beautiful downtown Lawrence was made even more lovely with the laid-back show at Liberty Hall. Let’s be honest: Shows of this ilk really showcase what a show palace Liberty is. A rock show there reverberates like mad, but lovely indie acts shine on its stage (Real Estate frontman Martin Courtney even remarked on what a wonderful place they were playing in as the band took the stage).

The interesting thing about this show is that the crowd was fairly sparse early on, especially considering that University of Kansas students could get in for three bucks. When Your Friend took the stage, it seemed like this was going to be a pretty ill-attended show. 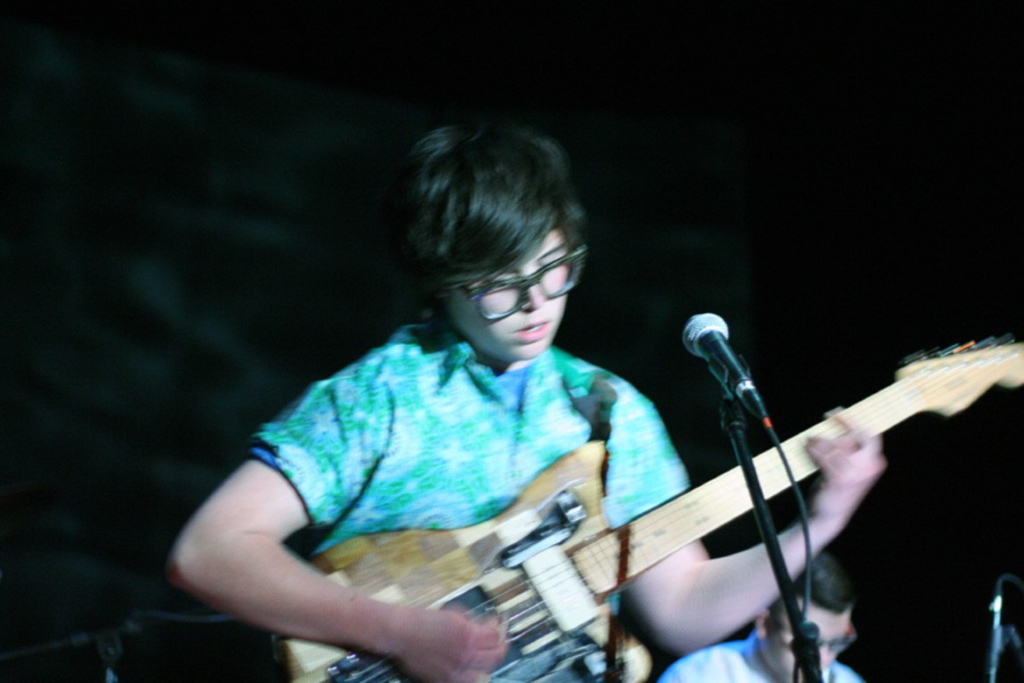 Taryn Miller’s voice needs a space in which to stretch out. The recent performance video that KJHK (that, along with KU’s Student Activities, put on last night’s show) put up of Your Friend showcases how much Miller can fill a room. Her guitar playing isn’t mentioned with near the frequency her voice is, but hearing the shining chords ring out, all the way to the upper reaches of the balcony, made me feel all aglow. It’s all the best aspects of Jeff Buckley, from soaring voice to lush instrumentation. 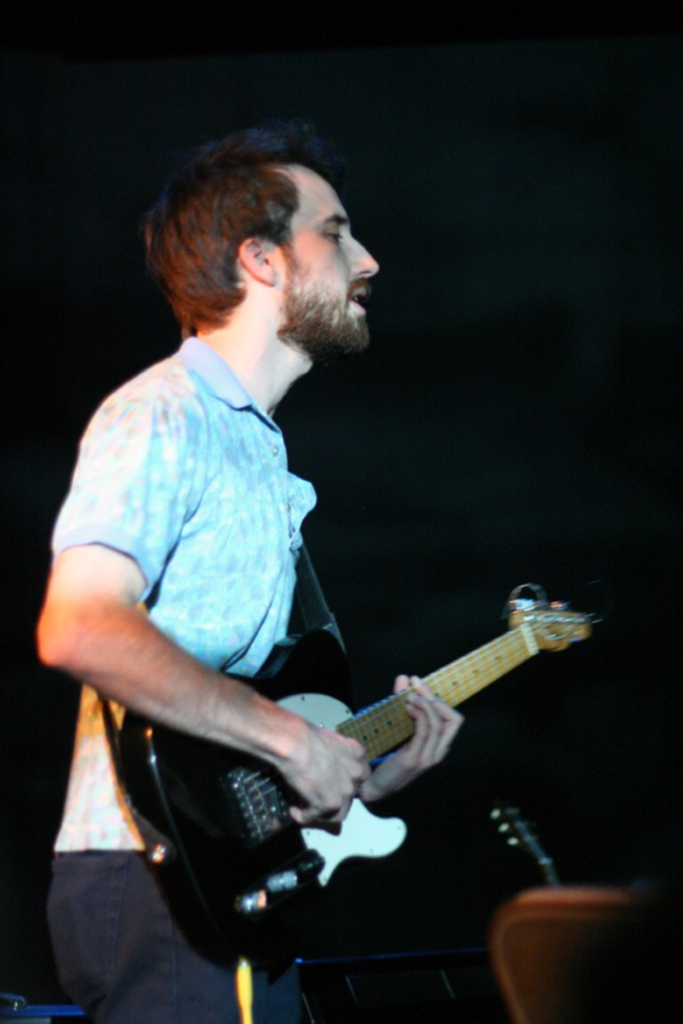 Also worth noting is the fact that the rhythm section brings a quiet, stormlike vibe to Your Friend’s sound. It’s like a spring thundershower just on the horizon, getting ready to wash you clean. Further bonus points for the projected bathing-beauty movies from the 1940s on the screen behind the band. 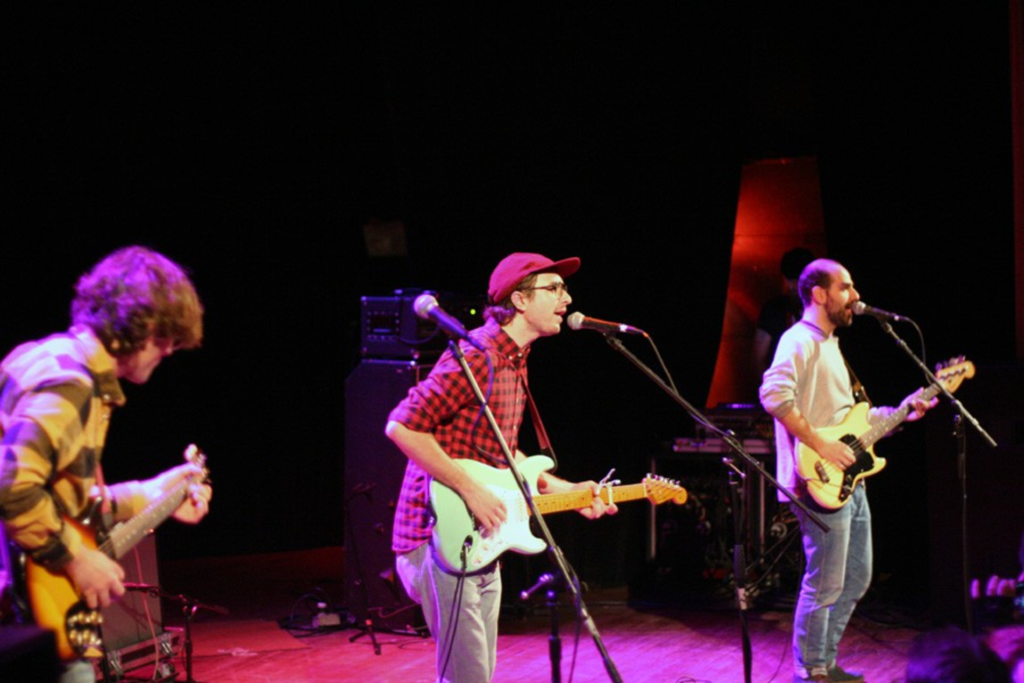 My early concerns about show attendance were all for naught, as it turned out. By the time Your Friend’s set was at its halfway point, the line for the show stretched down the block. When Real Estate took the stage a little after 10 p.m., Liberty Hall had become packed.

Real Estate is not an exciting band. They are pretty, they are calming, they are very pleasant, but by no means can they be considered an energetic live act. Their audience is enthusiastic, to be sure: Songs were greeted with strong applause and cheers, but you could hear crowd chatter steadily increase as each song went on. 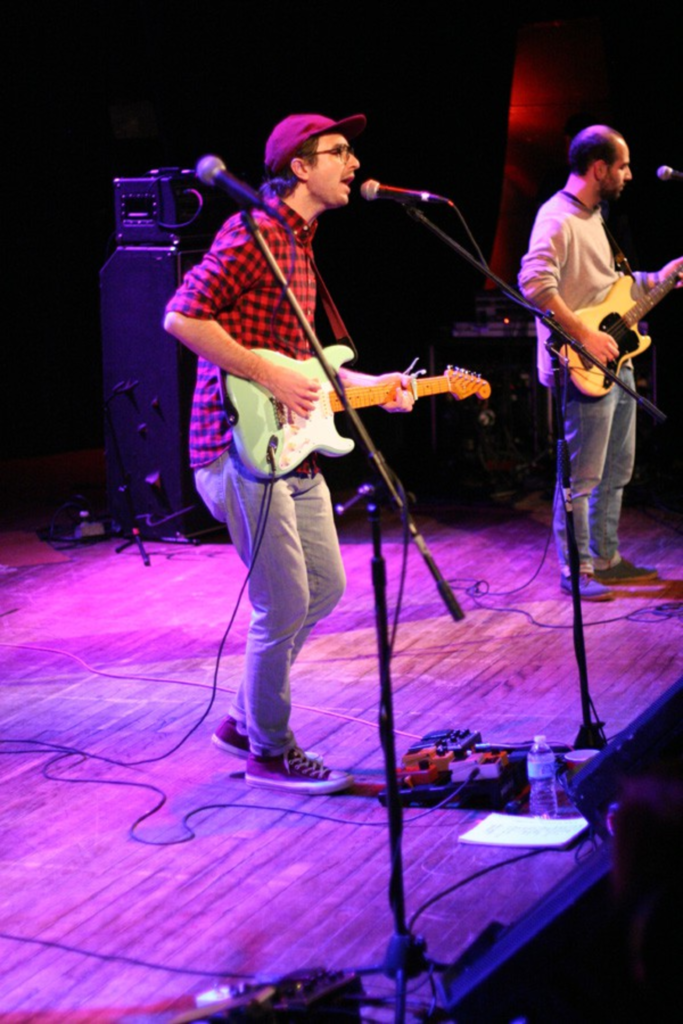 Everything about Thursday night’s show was shimmery: pretty guitars, sweetly sung vocals, and lovely weather combined for a packed show with an appreciative audience. Was it a dreamy vibe? Certainly. But occasionally, dreamy can mean sleepy, and while soothing sounds can be entertaining, at other times they’re simply soporific.

The songs were pop gems of well-crafted, chiming guitars and harmonies that soothed the soul, but at no point could I ever count myself or the rest of the audience as excited. Pleased, definitely entertained, but by no means excited. This marks the second time in about six months that I’ve seen Real Estate, and while the new songs from Atlas are lovely, the band’s sound isn’t exactly reaching for new heights. Given the three-year stretch since its last album, I would’ve hoped for something that redefined the band’s music. Unfortunately, while the lyrical content has gotten darker, the band’s sound has stayed the same. Real Estate’s a good band to see live, but once you’ve seen them, it’s not a show-going experience that needs repeating. Lessons learned.