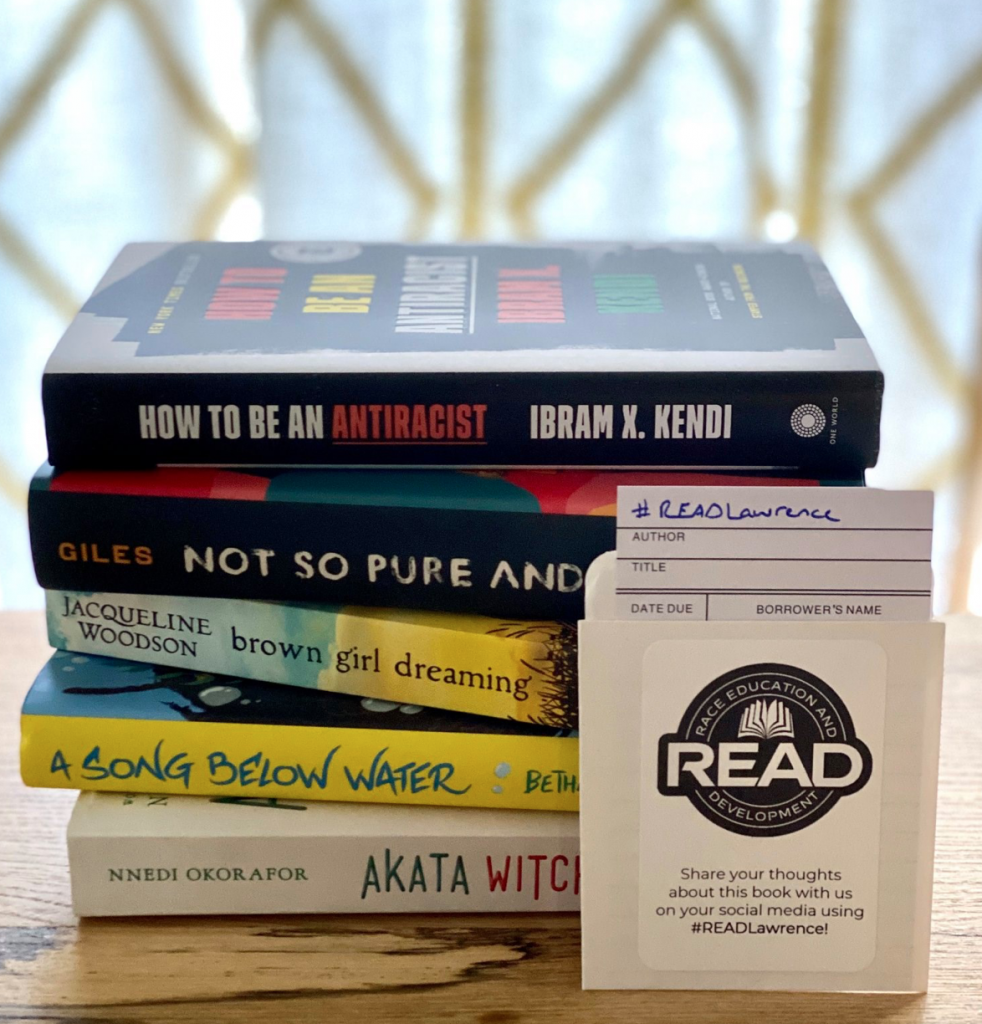 With all branches of the KC Public Library temporarily closing, locals must utilize their creativity in order to get their fill of free books in the coming weeks. For those living in Lawrence the Little Library Project, free mini-libraries scattered through the area, offers access to books for all ages. Thanks to the efforts of READ, Race Education and Development, these little libraries also serve as educational tools for the community.

Demetrius Kemp, a security guard at Free State High School, purchased a bunch of Black History Month books and asked social media for the best ways to help share these titles with curious kids. As stated in an article written by Lawrence Journal-World, Kemp wondered, “How do we explain this to smaller kids that don’t get this?”

Tyler Lindquist, a friend of Kemp’s, suggested that books from BIPOC authors be collected through a book drive. From there, these contributions could be placed in Little Libraries in the area. This sparked the creation of READ in mid-July, an organization founded by alumni of Leadership Lawrence, Kemp, Lindquist, Dena Johnston, Jackie Zensen and Mandy Denton. The group recognized the vital importance “for our community to educate themselves on matters of racial justice and equity, engage with those who feel their voices are not heard and elevate our community to a stronger standard of personal development. Through education and understanding comes empathy, which is integral for justice and equity.”

The drive ran from late July until early August. READ initially teamed up with The Raven Bookstore, Signs of Life, & The Dusty Bookshelf, to help local businesses struggling due to the pandemic. Those interested in participating could purchase new or used books to donate to the drive. READ received support from individual and organizational donors from The  University of Kansas Libraries, the Haskell Foundation, and Leadership Lawrence, along with operational and in-kind donations from local businesses and organizations.

READ recognized a gap in residential areas known as “books deserts” that were lacking little libraries near Lawrence public schools. Though they initially had a goal of building ten little libraries to help fill these gaps, they will have built 16 by early January. Ten were funded by a grant from the Kansas Volunteer Commission and built by Free State High School students under the direction of Amanda Torbett. Each of these kits includes a post, hardware, setting materials, a $10 gift certificate to Cottin’s Hardware & Rental, a READ plaque, a Little Free Library registration plaque, and a supply of BIPOC books to start the library. The remaining six, made possible by donor’s funds, were built by craftsman Roger Taylor and will include the same elements in their kits but will instead have a $10 gift certificate to either The Raven Bookstore or The Dusty Bookshelf.

READ recently had a community member tell them they had been successful in fundraising to have their own little library built. “It’s great to see folks getting creative,” said Lindquist. 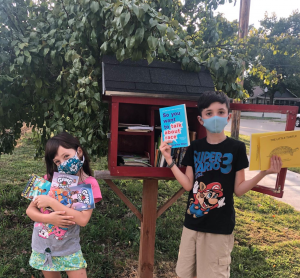 Though READ is not currently a 501(c)(3) organization, they utilized fiscal sponsor Lawrence Schools Foundation for the book drive and Success by 6 Coalition of Douglas County for the little library project.

READ stopped counting donations when they hit 600 books in early September. They are prioritizing finishing current building projects before they accept further donations. These projects also include 4 little needs pantries/libraries built by artists at Van Go, a Lawrence art-based social service agency that provides jobs for people ages 14-24. While the first three have been donated to Ballard Center, Sunrise Project, and Willow Domestic Violence Center, one still needs a home.

The organization was recently recognized by the Lawrence Chamber of Commerce for its work in the community with a ribbon-cutting. They were granted honorary membership by the Chamber for their efforts. 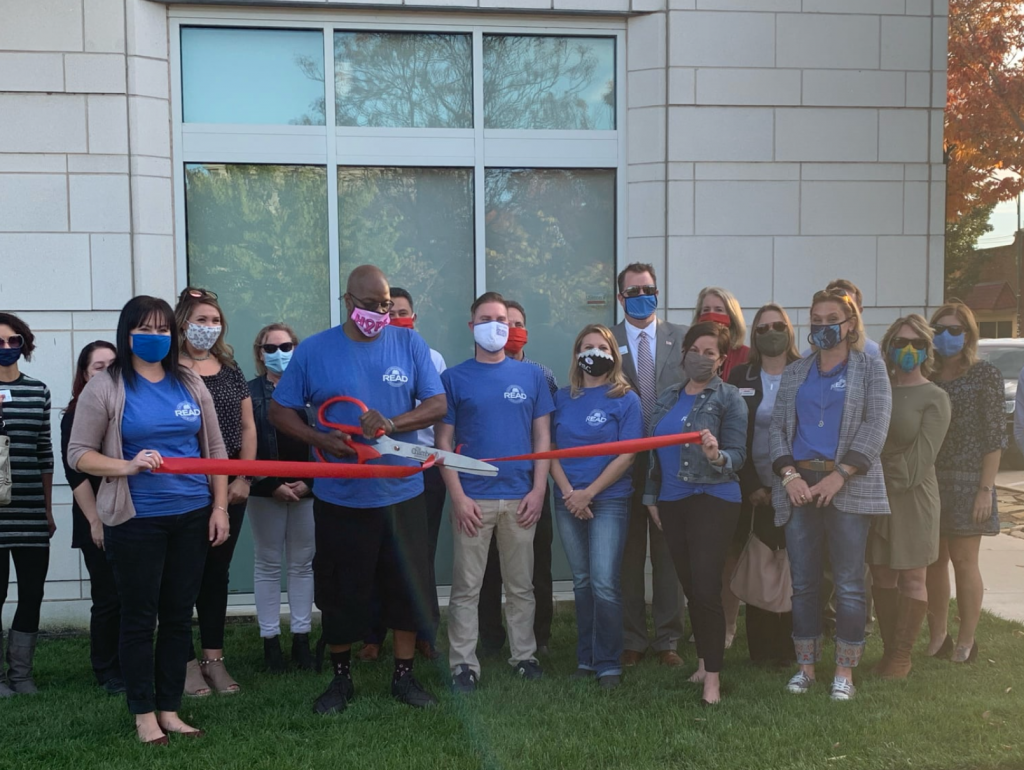 READ looks forward to potential growth in the future. They have been approached by an organization that wishes to expand their work into Baldwin, Eudora, and Lecompton. More information will be released on this possible expansion in the coming months.

Lindquist hopes other communities will be able to use READ as a model in pursuing similar projects in their own towns and cities.

“We’re not looking to be this overarching organization that will control all of those projects, we would just like to be a model for other communities to do the same,” says Lindquist. “And we would be more than happy to share our knowledge and experience with those groups as they’re trying to do this.”

However, Lindquist returns to the work and care of those who have helped READ’s vision come to life. “We have a great network of support in Lawrence.”