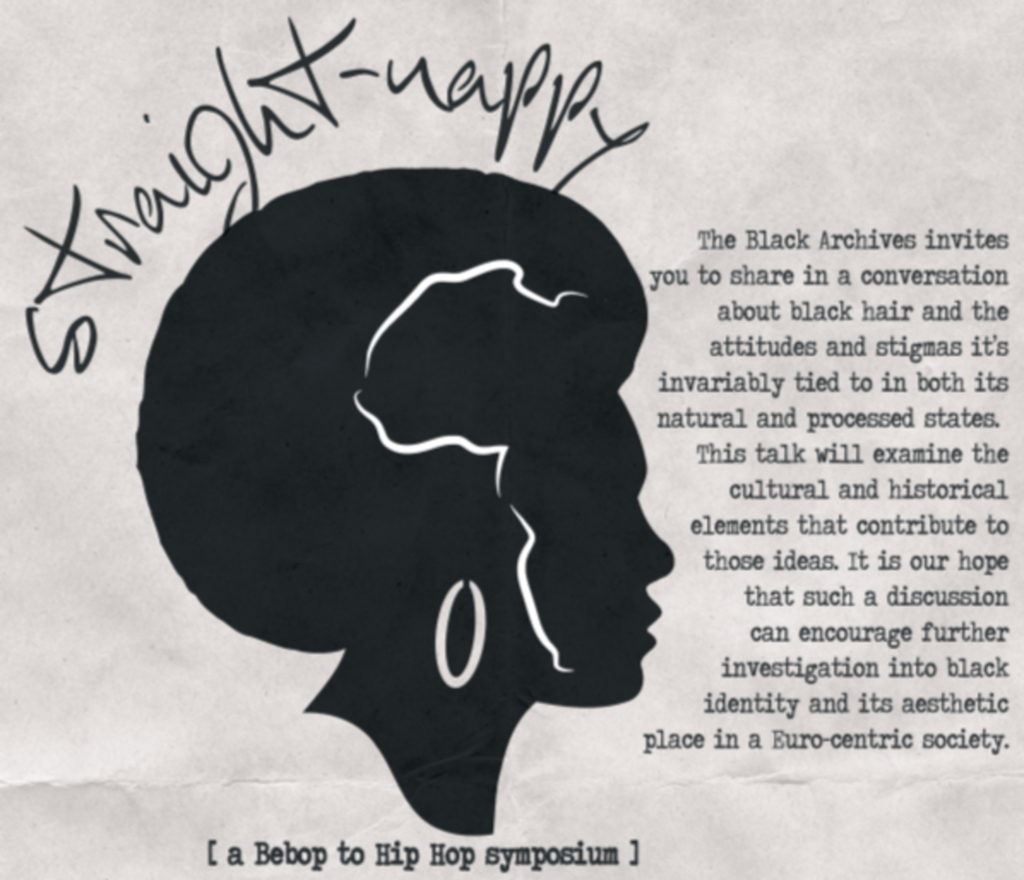 If you don’t know local rapper Reach by his music, there’s a good chance you know him from his work in other areas of the community. Last year, Reach partnered with the Black Archives of Mid-America and debuted a symposium surrounding misogyny in hip-hop. This Saturday, the second installment of the Bebop to Hip Hop series takes place, as a partnership with the Black Archives and its current poet-in-residence, Glenn North. This year’s topic: black hair.

Ahead of Saturday’s event, we called Reach for some details on how the discussion will play out and why it’s an important one to have right now.

The Pitch: Tell me about this event. How did you decide to do a symposium on black hair?

It started about a year and a half ago, when I wrote the discussion outline for a symposium. I’m just kind of continuing my series. This isn’t music-related, but we’re talking about this concept of black hair and the attitudes associated with processed hair and nonprocessed hair.

This is a conversation that began after the Blue Ivy hoopla last year, when there was a lot of back and forth. There was a conversation about what it is, this concept of so-called “nappy hair,” and how that ultimately speaks to the black experience in America. It’s about how we see each other and how we value our appearance in a Eurocentric society. So I decided I wanted to do the second symposium on this topic. I wrote another curriculum for the discussion and I invited some friends and some people I know in different places in the community to sit on the panel.

Why do you feel it’s important to have this conversation and address this as a social issue?

I think anytime we see people get personally and emotionally invested in the lives of celebrities – particularly in the Blue Ivy case – it’s an issue that gets traction with anyone. People all have experiences with this issue in one way or another, regardless of who they are, and they probably have an opinion on it.

I had a cousin who went natural, and there was a lot of the older women in my family who had an issue with it. There was a big emotional backlash. I think it speaks to a lot of people, and we deal with it every day. I wanted to deal with it in more of an academic kind of way.

What can an attendee expect?

Glenn North will begin the conversation, to contextualize the things we’re going to talk about, from a historical standpoint and a contemporary standpoint. We want people to understand the full picture we’re looking at, the historical aspects from slavery on as well as the contemporary aspects from the Civil Rights-era movement. We’re going to look at the Afro, and how that informed and empowered the “Black is Beautiful” movement, and the natural hair movement. We’re going to look at stuff we’ve seen in Hollywood and the entertainment industry. We’ll talk about the black hair-care industry being a multibillion-dollar industry – that’s money made every year on the idea of black beauty – and whether they’re monetizing a deep-rooted issue that we have with self-worth.

It’s going to be a formal discussion, but it’ll be fun. It’ll be something that everyone can relate to.

The Bebop to Hip Hop: Black Hair symposium takes place Saturday, March 21, from 2 to 4 p.m., at the Black Archives of Mid-America, 1722 East 17th Terrace, Kansas City. It’s free and open to the public.