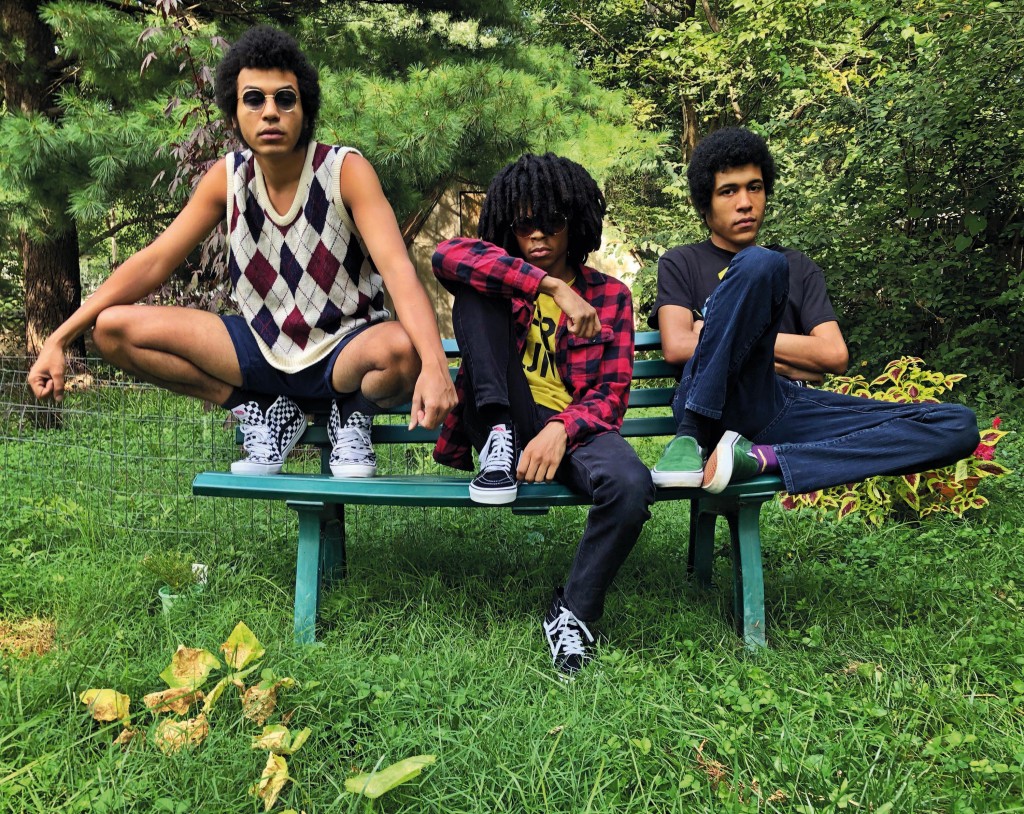 Isaiah, Dee, and Solomon Radke–the trio of brothers who make up Kansas City’s rock ‘n’ roll act Radkey—are not particularly loquacious. Then again, when you’ve done as much in the past year as this band has, you don’t really need to be. Actions speak louder than words, what with two massively successful Kickstarter campaigns and a slew of popular live streams keeping Radkey in the public eye during the pandemic just as much as their relentless touring had before it shut down live performances.

Thankfully, the trio had already started work on a Patreon—a site where “fans become active participants in the work they love by offering them a monthly membership”—even prior to the shutdown, thus allowing them to pivot on an already-existing axis, rather than having to scramble, says bassist and vocalist Isaiah.

“I don’t know if we actually would’ve finished the full record if we didn’t just get everything taken off our schedule,” continues Solomon, Radkey’s drummer. “It’s like, ‘Oh, now we have time to finish the album. Interesting.’”

The interesting thing about Radkey’s Kickstarter programs for No Strange Cats and Green Room is that these aren’t to record the albums. They’re already done, but it offers up a way for fans to fund the release of vinyl editions. As a matter of fact, the announcement of a Kickstarter was accompanied both times by the release of the album itself via streaming services–an intentional decision, says Isaiah.

“It’s really great that they want to hear it and it’s important to us that we actually put it out to even listen to beforehand,” explains the bassist. “It can be a mystery—what it sounds like, what the songs are—or you can just listen to them on Spotify, which promotes the actual record itself, which is nice.” 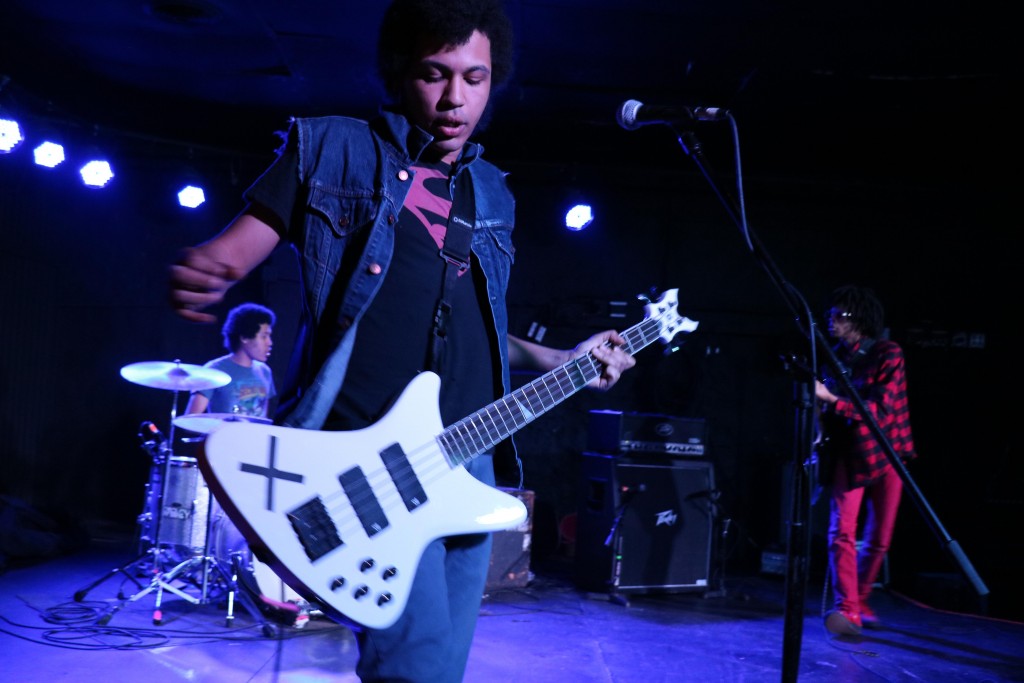 As the band has these songs written and recorded, their take is that if they can just surprise everyone by putting it out there when they can, Isaiah continues: “All right, here it is. You’ll get the whole thing. It’s fun to give people something exciting in times like these.”

Speaking of “Times Like These,” one of Radkey’s biggest-ever shows was slated to happen this past Fourth of July weekend: Foo Fighters’ D.C. Jam, a 25th-anniversary celebration for the arena-rockers, featuring Chris Stapleton, Pharrell, the Go-Go’s, Band of Horses, the Regrettes, and, yes, Radkey.

Thankfully, Bandcamp Fridays, wherein the platform waives their fees and all proceeds from sales go directly to the artists, have also been a boon to the trio. While they do say that they’ve been learning as they go, the simplicity of the platform for releasing music is the real appeal.

“We can just get it right out to the fans,” Isaiah says, with guitarist and vocalist Dee seconding it: “No label, no middle man.”

Given that this is a return to the band’s early days, wherein everything was done by the three brothers and their father, Matt, I ask if it’s been difficult making the transition back to the whole DIY method of operating Radkey.

Solomon lets out a sigh of relief before saying, “It’s been nice transitioning back to that. When you’re on a label and it takes like two weeks to get like a response on something simple, it’s really cool just being fully in charge of all the stuff we do now, so that’s been a plus.”

“We’ve been doing this for just so long,” Isaiah agrees. “It’s been a constant train just rolling. It’s crazy. It really is. We just figured out a lot of stuff along the way and a lot of those things are like, ‘Just put out a bunch of singles.’ That’s just kind of how the music business works right now, especially with Spotify and stuff.” 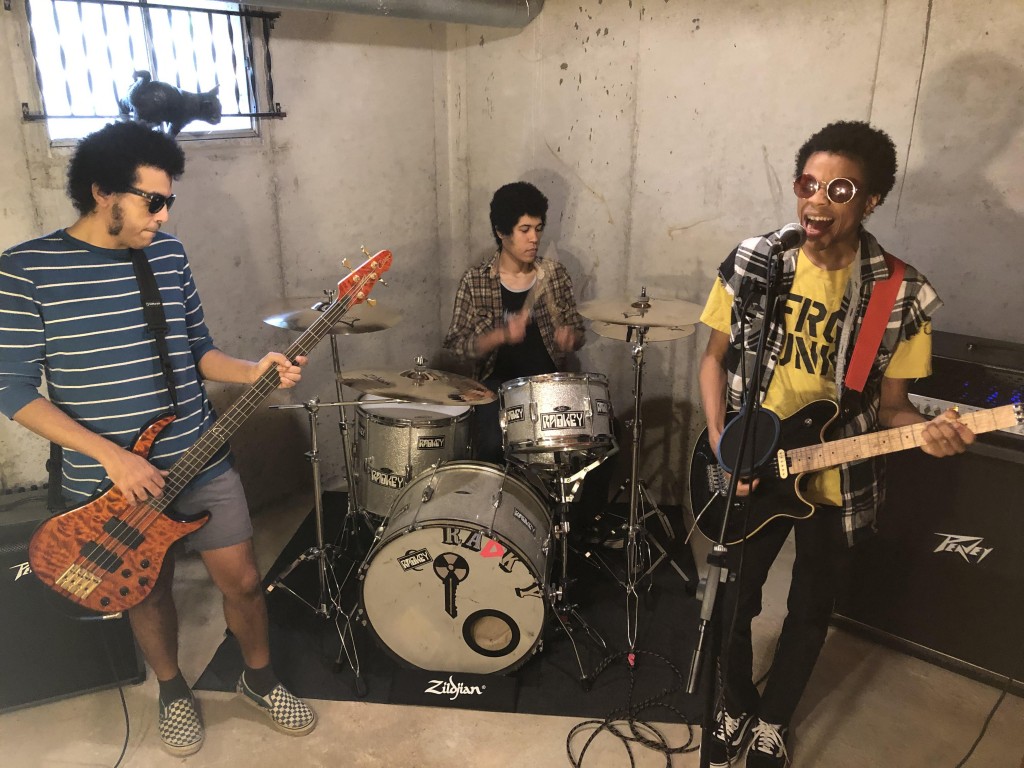 Radkey is interesting, in that these three young men have been doing this since two-thirds of the band weren’t even able to drive. When they played their first-ever show, opening for Fishbone at Merriam’s Aftershock in March of 2011, Dee was 17, Isaiah 15, and Solomon 13. This has been the only job any of them have ever had. There’s been no flipping burgers or bussing tables for the three, giving them a unique perspective into rock’n’roll as a career. I inquire as to how things happen now that there’s not the usual grind of touring, given that Radkey was usually on the road most of the year pre-COVID-19.

“Working on the Patreon stuff, that’s a lot to keep up with,” Solomon replies. “We always try to have a new album kind of written, if we ever want to do a session–a lot more of the stuff that you wouldn’t usually have time to do if you were going on tours, but trying to be productive at the same time.”

The Radkey Patreon offers up a lot more than the usual stickers and t-shirts, thanks to the band’s deep rock knowledge, with regular cover song performances (mid-February saw the band do a version of Elliott Smith’s “Needle in the Hay”), video calls, and more.

“We spend a lot of time picking out covers,” says Isaiah. “That’s a big thing. We try to change it up, too. We try not to do too much Ramones—even though it’s a lot of fun to do Ramones songs. We really are just trying to make it interesting before we start hitting the road because there’s a lot of stuff that we can do on the road that would be really cool with the Patreon. Right now we just try to keep it as cool as we can without actually having the power to be on the road, basically.”

“We’re trying to get even better at interacting with them, doing video calls and stuff—just getting closer to the fans.”

Radkey has always been the sort of band that’s been very interactive with its fans, but I wonder if they feel like this has brought them even more in contact with said fans because they can’t play shows, so this is something that you’re focusing on more.

“Yeah, and what’s cool is we’ve always wanted to do something like this: a fan club kind of thing or something where you can get closer to the band,” Isaiah says. He points to bands like Weezer who have done similar things: “You’re here, you’re part of their club. You get cool songs and extra singles and really special things, and it’s cool to have that.”

With perks like being able to hop online and play a game like Destiny 2 with the band, one can understand just why folks think it’s so cool. While Radkey might have had to kick into that a lot faster than they might have initially thought, they agree that “all that stuff” is now something that the band would be happy to keep rolling, even after the pandemic.

“In the end, it’s just cool to have people who actually want to do that,” Isaiah concludes.