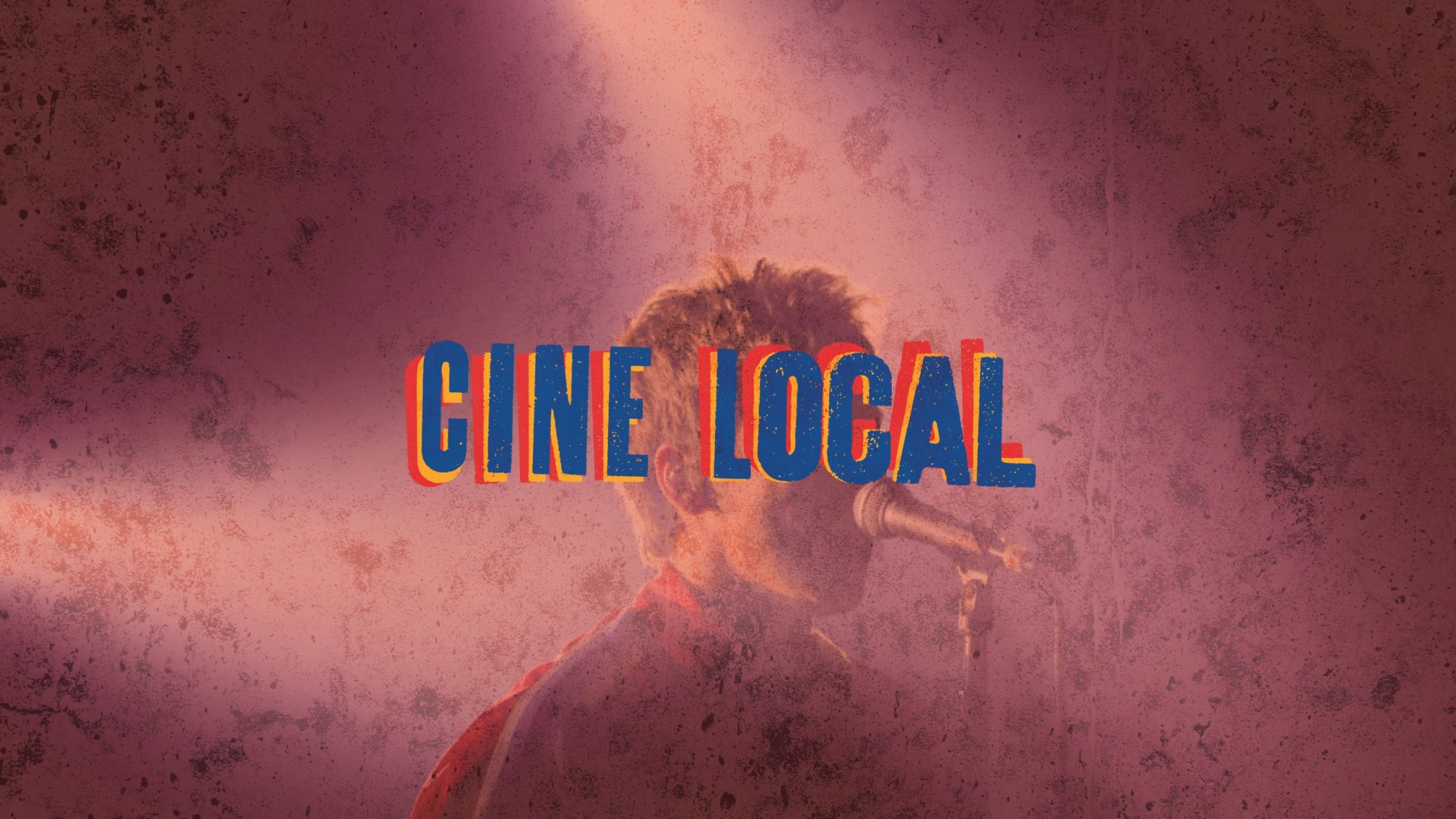 So, you were looking at videos on the internet the other daaaaaay … might’ve been watching too many episodes of Letterkenny and having one (five) too many Puppers, thus resulting in a list of music videos mislabeled. Fucking embarrassing!

As directed by Chris Durr, Radkey’s video for “Bend” is maybe the most chill we’ve ever seen the trio of brothers. The whole aesthetic brought to it feels like a really intimate series of portraits of Dee, Solomon, and Isaiah before exploding in the final minute. The lyrics, especially “When everyday is the weekend, you can’t have fun anymore,” when paired with images of breaking pencils and a joint, definitely make this feel like a contemplation of what rock ‘n’ roll as a lifestyle might be.

You can snag Green Room, on which “Bend” appears, on Bandcamp.

I literally had three separate folks message me through Facebook, email, and (no lie) Linkedin to tell me that I needed to check out Edison Lights, and each and every one of them was correct. It’s like the Mountain Goats’ John Darnielle jamming with Matthew Sweet, and maybe a little Weakerthans, too, which basically makes this fully in every corner of my wheelhouse. The video pairs imagery of police protests and the pandemic with sunshine-filled portraits of folks loving one another, offering up a bit of hope.

“Find Some Light” is the title track to the EP of the same name, which you can stream on Spotify or buy from Apple or Amazon.

Sparse as hell instrumentation, paired with Shun Ann out the back window of a car and in an empty parking garage, ever-so-subtly increasing in tension, visually and musically. There’s so little going on here—in a good way—that you’re forced to pay attention to each and every detail, and you just get sucked right the hell in.

This live, acoustic version of “Beautiful Life” was recorded to raise money for The Greenline Initiative, and pairing the singer’s voice with Ben Byard’s guitar only emphasizes just how powerful it is. This song is powerful, as well, with hints of rap, reggae, and alt-rock all within four minutes. Hopefully, this is a sneak peak at Sis: Side B, which just met its fundraising goal.

You can support the Greenline Initiative here to help build Black generational wealth in Kansas City and read more about Stephonne in our feature from last September.

Nisee Amore is the first artist I want to see when concerts are a thing again. I need to hear this voice in person. This new single is a love letter to R&B, with influences stretching from the ’60s to now, with a salsa backbeat running underneath it all. Also: Nisee and Reggie look like they’re playing grown folk Disney princess and prince in this, and while I totally lost count of the number of costume changes, it’s wonderful.

A video about how hard it is to make a video? “Don’t knock it ’til you try it,” as the barber says at the beginning. Set that thing in your local barbershop, and make it happen. I feel like Dame knows what works for him, and that’s on display in this Davin Jeremiah-directed video. He’s a talented rapper, makes music that’s fun as hell, and appears in these videos that make you feel like you got to hang out with him for a little while.

A new Kye Colors video directed by Kendu? Yeah, we were in before we even clicked play. The color palette is on point, there’s a superb use of 8mm film grain, and there’s Ky with something like three different women, all while singing about his “favorite girl.” It’s subtle, it’s clever, and the song is a jam, too.

“Favorite Girl” is on Kye Colors’ latest, with love. by faith., which is streaming on Spotify.

Directed by Nick and Nate Littlejohn, literally focuses on Dettsa. As in, everything else around him might be blurring, twisting, and smearing, but he’s dead center in every frame. The trick makes the clothing and location changes work perfectly well, and given the song’s title, it’s a clever visual twist. The song breezes by almost too quickly, though. I felt like I’d gotten blazed, myself, and missed it. Thankfully, that’s what the replay button is for.

“Get Faded” can be found on Dettsa’s Numb the Pain, which is streaming on Soundcloud.

Dead Ends, “I Regret My Time”

This is definitely a hardcore video. I feel like the video by Like Minded Company’s Trae is going to turn into a snuff film at any point, which definitely means it’s effective. Think of it as the local, mosh-worthy take on Nine Inch Nail’s “Closer.” It’s not even the most intense song on the album on which it appears: another song, “Half Empty,” will break you in half with its riffs.

“I Regret My Time” can be found on Dead Ends’ new EP, Lost In Reflection, which is streaming on Spotify.

The video for “Right Now?” was recorded live at White School House (sans crowd) by the Lawrence All-Ages Noise Destination cooperative in late 2020. Produced by Jake Scherm Visuals, with audio engineered by Giovanni Ventello, Inez Robinson, and Jaxon Ray, it’s the first taste of the Lawrence band’s first vinyl LP, You’re Lucky I Like You, which is their second release for Kansas City cooperative Black Site Records. It’s fantastic to see the trio rocking out, even if it’s weird that they’re all by their lonesome.

You’re Lucky I Like You is out March 23, and you can pre-order it on Bandcamp.

True Lions’ The Fempire Strikes Back won’t be out from Manor Records until April 9, but if we’re going to get videos like this while we’re waiting, I can totally handle that. Fritz Hutchison’s video is vibrant, exuberant, and joyous, much like the song itself, which finds the little things in quarantine to which you can look forward, like starting a garden, growing your own veggies, and then making cake. I really, really want some carrot cake now, too. With cream cheese frosting. Mmmmm.

You can pre-order The Fempire Strikes Back on digital, cassette, or compact disc on Bandcamp.

Every Other Americans video is something to behold, surely, but the latest looks like an Instagram feed gone awry. Think “totes amaze” party pics paired with what starts out as the sort of inspirational quotes influencers share without checking to see if that attribution is correct (no, it’s not Gandhi, Chad), then maybe/kinda turns into a story about the dangers of failing to engage in self-reflection.

“Chug Chug” can be found on Paranoid Fiction, which is streaming on Spotify.