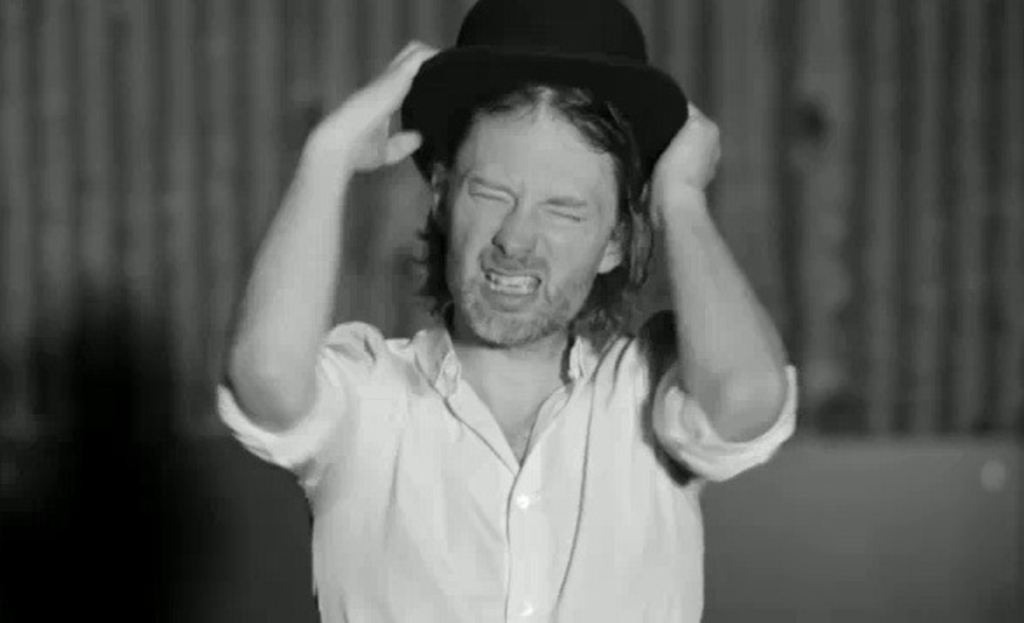 Surely, you’ve already heard the new Radiohead album The King of Limbs (and you think either it’s an utter disappointment or maybe it’s a brilliant entry into their varied catalog.) One thing’s for sure: The black-and-white video for “Lotus Flower,” featuring head ‘Head Thom Yorke herking and jerking as only the spindly singer can, is perversely awesome. If you’ve ever seen the band live or watched live performances, you know that this kind of dancing happens during the spastic climaxes of their songs, where Thom Yorke does the full body equivalent of be-bopping and scatting.

It seems the video is a winking nod to Yorke doing his spazzed moves, but leave it to the Internet to make a good thing even better. By remixing and re-cutting the video, people have turned Yorke’s moves into a full-blown meme. Here are few of our favorites.