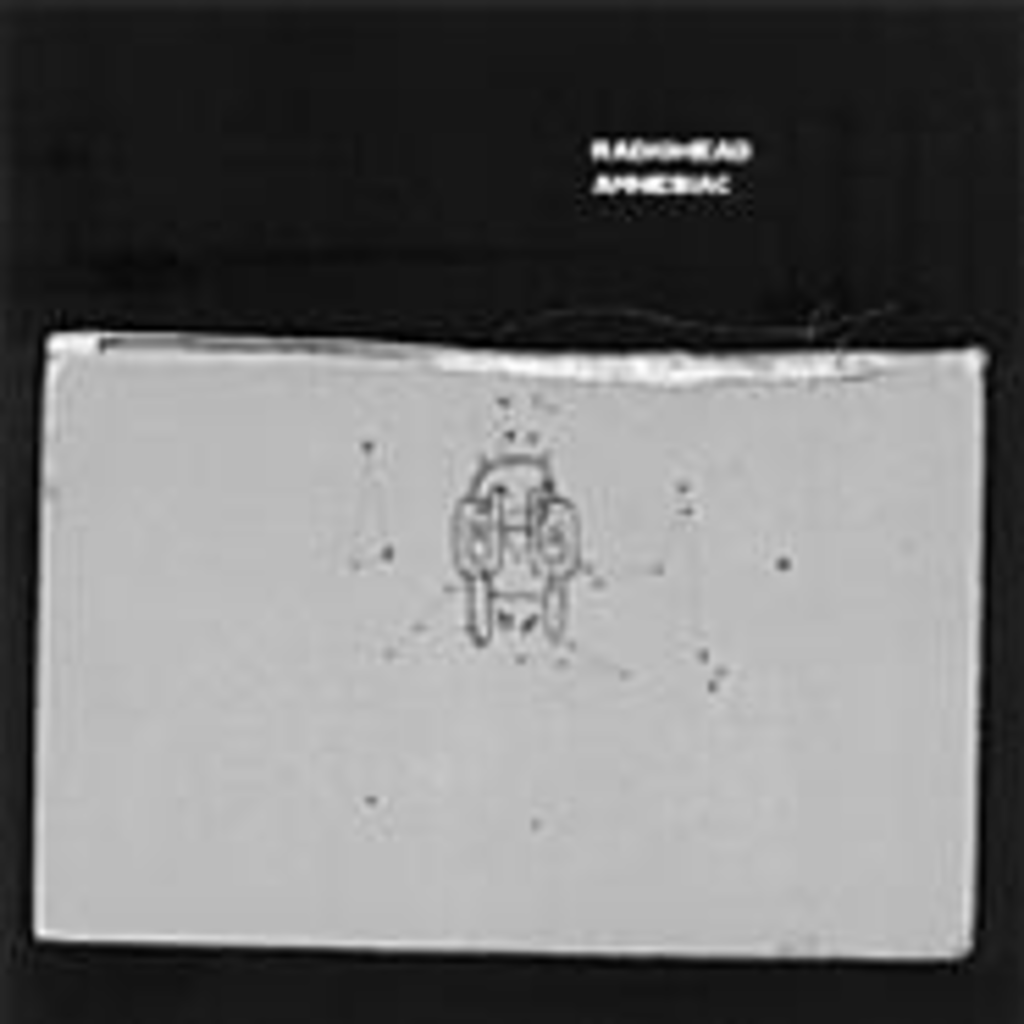 If Thom Yorke were the type to address his doubters in song, After years of waiting/nothing came, the opening lines to Radiohead’s Amnesiac, might go down with Kurt Cobain’s Teenage angst has paid off well/now I’m bored and old as a classic half-sarcastic, half self-deprecating salvo. For that matter, Yorke’s refrain Get off my case could be interpreted as a response to the backlash that greeted last year’s Kid A. Of course, Yorke would never be that direct about any topic in his lyrics (or in his interviews, for that matter), and he’d certainly never give his critics the satisfaction of petitioning them for mercy on disc. But part of the fun of absorbing the obtuse Amnesiac is creating order where there seemingly is none, imagining story lines from nonsensical phrases such as cut the kids in half and plotting a musical map through an album packed with intriguing elements that come and go without serving any orthodox song-structure function.

In some ways, Radiohead simply uses new tools to follow the blueprint it perfected with the calm-before-chaos singles “Creep” and “Iron Lung.” Instead of pairing mellow verses with cathartic, feedback-spitting choruses, the group now employs the hold-it-then-hit-it technique treasured by house DJs, particularly on “Pulk/Pull Revolving Doors,” which takes tiny melodic breaths between chest-rattling drum-and-bass thumps. At other times, Radiohead tweaks the elements of classic pop songs, retaining the memorable hooks but straying from the accessible repetition-heavy formula. “Knives Out” exhausts its R.E.M.-style guitars and downbeat rhythms on flawless instrumental interludes instead of using them to craft a catchy chorus, while “You and Whose Army?” runs a breezy hook through a noisy wind tunnel.

While it’s not the expected return to rock, Amnesiac does feature its share of guitars, and the riffs crackle with deceptive volume after long stretches of low-key noise. More notable, though, is the group’s surprisingly tight incorporation of orchestral elements (or, in this case, an actual orchestra: the Orchestra of St. John’s). In the tradition of The Beatles, Elliot Smith and precious few others, Radiohead uses the swelling strings and immeasurable grandeur of symphonic sound to complement brief pop songs instead of using these tools to concoct bloated epics. Amnesiac‘s most intriguing number, “Life in a Glass House,” which doesn’t feature the orchestra but does include contributions from numerous horn and woodwind players, floats Yorke’s aching falsetto over a lightly swinging bass line and a maze of toots, squawks and whistles.

Like Kid A, Amnesiac offers few easy answers, but its charms are more immediately apparent. It’s an aural Rorschach test, complex enough to remain challenging after repeated listens but appealing enough to ensure that those repeated listens take place.