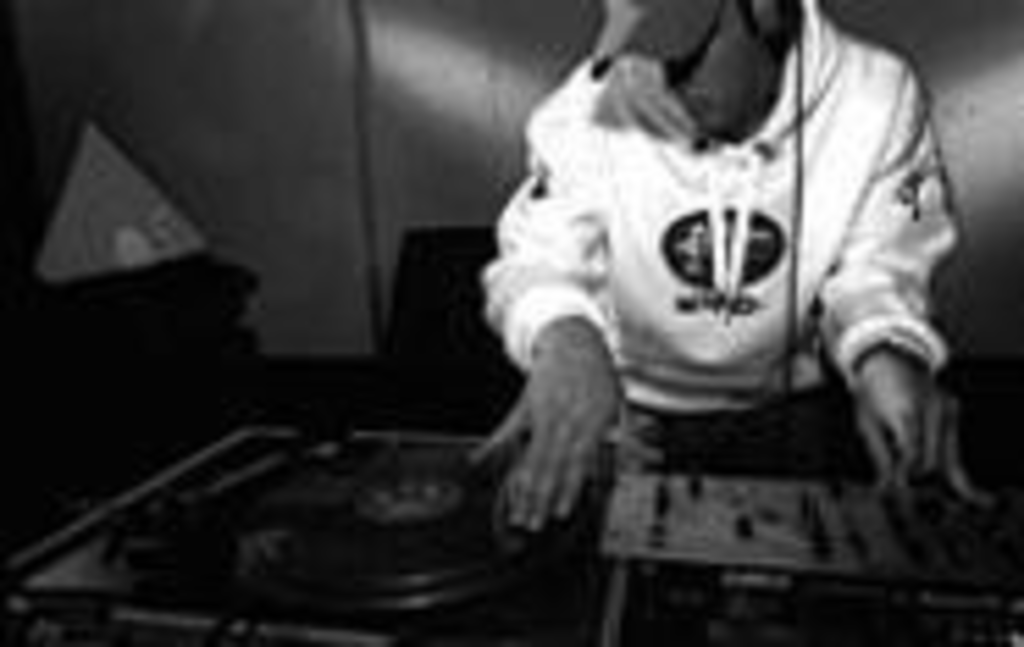 To deal with the mind-numbing difficulty of breaking onto radio playlists, local musicians might consult Albert Camus‘ The Myth of Sisyphus. In this intriguing work, the philosopher imagines that the mythical king forced to roll a bolder up an enormous mountainside, only to have it fall back to the base of a pit each time, was happy because of a “higher fidelity.” Artists seeking relevant solutions rather than blissful cognitive dissonance must rewind another century and consult Karl Marx‘s Communist Manifesto, in which he hammers home the importance of controlling the means of production. Collin Vaughn, realizing he’d never be able to convince any radio personalities that his electronic creations would fit between the latest cuts from Lifehouse and Justin Timberlake, took over the airwaves. Not only do his tracks get play, but the rest of the show serves as a showcase for his mixing skills and an audition for paying gigs.

Vaughn, or DJ C-Vaughn, hosts Liquid Buzz on KRBZ 96.5 from 10 p.m. to 2 a.m. on Saturday nights. Before getting that gig six months ago, he earned a Monday evening slot called Electronic Elevation on KKFI 90.1 — a commitment he’s still keeping. A few years before that, he made a clean start, scrubbing the KKFI offices as a volunteer three to four hours a week. Even back then, as a novice turntablist/amateur janitor, Vaughn told friends he’d be the one to bring underground techno to area airwaves. At the time, he was taken about as seriously as UHF‘s comic custodian Stanley Spadowski.

“Everyone laughed at me,” Vaughn recalls. “I have the type of personality where if you don’t believe me, I’ll show you. It takes that mentality, that persistence.”

It’s not unprecedented that a local station would allow a record spinner to introduce fresh sounds instead of simply making hit singles collide (“My Name Is,” meet “Back in Black”), but it’s been a while since the advent of DJ Ray Valasquez‘s Nocturnal Transmissions. Since that program went on the air nine years ago, the local electronic scene, not coincidentally, has thrived. However, its radio representation still fails to represent its enormous presence. Almost every live music venue, from the Hurricane to Davey’s Uptown to the Brick to the Bottleneck, now welcomes DJs, and dance-music events draw thousands with only underground promotion.

About six months ago, a track from record-player player Paul Oakenfold confronted an alt-rock outfit on one of 96.5’s nightly hit-it-or-quit-it challenges. Oakenfold won, and he remained victorious for several evenings. Vaughn took notice. During his first meeting with Operations Manager Mike Kaplan, Vaughn pointed out that the popular response for Oakenfold suggested there was an untapped market for beats, bumps and thumps. That conversation took place on a Monday — the first Liquid Buzz went on the air five nights later.

There was some trickery to Vaughn’s presentation, in that he doesn’t really play the pop-leaning Oakenfold or Moby or Fatboy Slim. The tune he names as a request-line champ he has to play every week — “The Red Pill,” by Scratch-D vs. H-Bomb — isn’t even a blip on the average music fan’s radar. He does, however, make concessions to mainstream tastes.

“You’ve got to get vocals in there,” he says, “or something sample-heavy. It doesn’t have to have too many words, but there should be something like an unh or yeah or drop that to carry people through. Some people like techno for what it is, music that expresses itself to the beat, but to reach the masses, you’ve got to help them to understand it.”

Techno newbies, understand this: Vaughn doesn’t wear both DJ hats at once. He mixes the show at home to a four-hour tape with built-in commercial breaks, then plays it back in the studio while answering phones and manning the mic. On Wednesday, December 11, Liquid Buzz presents its first concert, with Tampa-based playlist favorite Rick West and Vaughn spinning at the Hurricane, but the music won’t be aired live.

In the future, Vaughn says, 96.5 might usher other DJs into the studio for weekly one-hour showcases and spring for a few live Liquid Buzz remotes. If not, another station might step in — the unofficial success of Vaughn’s show (Arbitron numbers won’t be in until January, but he fields a promising 200 calls a show) has other stations scrambling to hire their own mixmasters. It’s finally an ideal climate for local DJs, especially those who record their own tracks, to get their due on the dial. As for guitar-based groups, good luck rolling your rock up the hill.