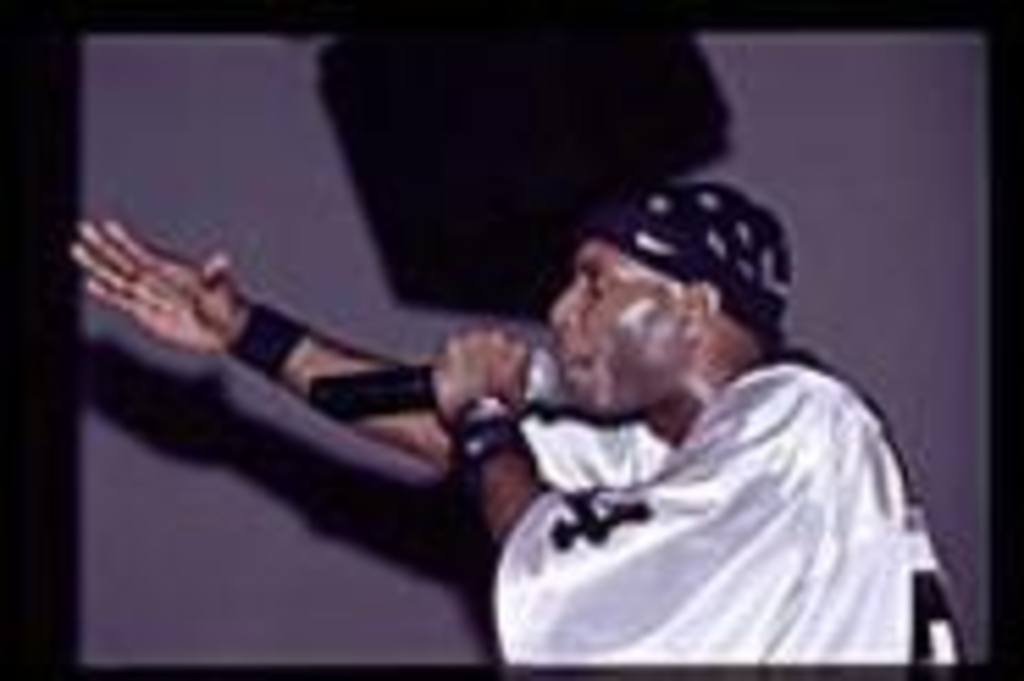 Talib Kweli, the most mispronounced name in the rap game (it’s “Tah-lib Kwa-lee”), is talking much faster than he raps, trying to cram his insights about various issues into a brief time frame. It’s hours before he hits the stage at the House of Blues in Los Angeles as part of the OkayPlayer tour, and the Brooklyn native has a lot on his mind. As he attempts to talk about his new album, the tour, and the sorry state of hip-hop, his cell phone loses reception.

Reconnected, he becomes distracted midsentence, this time at the sight of a young lady who happens to be a former dating partner. “Everything about her is fake,” he reports. “I know for a fact because I was wit’ her for about a year.”

The relationship between Kweli and DJ Hi-Tek, the producer of Kweli’s new album, Reflection Eternal … Train of Thought, has lasted considerably longer than 12 months. And there isn’t anything fake about Hi-Tek, whose organic homespun compositions rank among hip-hop’s best beats. Eschewing the robotic synthesized sound preferred by many current artists, Hi-Tek opts for rich, lush tracks that use congas, trumpets, and chimes to create atmosphere. Reflection Eternal sounds as if it were recorded in a library when compared with the boisterous, obnoxious roar of most bass-driven rap. The beats are shy, almost hesitant to make noise, but the sensual rhythms and smooth, soulful melodies allow Kweli’s lyrics to be highly audible.

The pair spent the past year and a half working on the CD. “We wanted to make a quality record,” says the 25-year-old lyricist. Their partnership began in 1995, when Kweli met Hi-Tek, a Cincinnati native, during a road trip to the Buckeye State with his roommate. Their tight bond is demonstrated on Reflection Eternal, as Kweli’s words and Hi-Tek’s music coexist in equanimity, resulting in an unusually cohesive album. “I’m not trying to follow music industry rules, I’m trying to make albums,” explains Kweli, whose belief in the art of album-making might be viewed as archaic during an era when the average rap album features one hot single and an assortment of unrelated duds.

Like most “album artists,” Kweli is more interested in having a long and productive career than in becoming a star. “I’m not interested in just blowin’ up and not being around next year,” he says. “In the long run, if you make albums you’ll have a career. If you just make singles, you won’t be around very long.”

Kweli cites several albums he considers great — Public Enemy’s It Takes a Nation of Millions to Hold Us Back, Pete Rock and C.L. Smooth’s Mecca and the Soul Brother, Miles Davis’ Sketches of Spain, Marvin Gaye’s What’s Goin’ On, Curtis Mayfield’s Superfly, Sly and the Family Stone’s Stand, and Aretha Franklin’s Live at Fillmore West. Reflection Eternal does not belong in such company, but it is a hype-free, no-bullshit example of the threads that hold hip-hop’s seldom-exposed inner soul together. In a high-tech dominated world, Reflection Eternal sounds uniquely old-fashioned. The songs ooze with offbeat rhythms, unorthodox chords, and loads of harmony laced with Afrocentric vibes. This mixture of jazz and world music offers a refreshingly distinct representation of hip-hop.

The transcendent sound stems from a movement spearheaded by a group of eclectic musicians known as Soulquarians. This collective of artists, which includes Mos Def (with whom Kweli recorded the critically acclaimed Mos Def & Talib Kweli are Black Star in 1999), members of The Roots, Common, Erykah Badu, Q-Tip, and D’Angelo, strives to create a brand of new soul music using such elements as intricate beats and complex lyrics.

Several such artists join Kweli on the OkayPlayer Tour, which has received its share of artistic accolades. The tour, featuring The Roots, Dead Prez, Bahamadia, and R&B singer Jill Scott, has allowed Kweli to exchange ideas with like-minded musicians.

“The tour is dope, it’s real dope,” says Kweli. “It’s been nice. It’s good to work with artists who are interested in progressing the music. It’s not like everyone has a separate set. All of us interact. We all do songs together.”

Despite his attention to detail in the studio, Kweli says he’s most comfortable on stage. “The live performance is the essence of the music,” explains Kweli. “Anything else is trying to duplicate or capture a bit of the live performance.”

Kweli captures this vibe on Eternal, which crackles with intellectual sensibilities. Kweli’s community anthems, odes to women, and editorials on hip-hop’s lack of morals set the tone for hip-hop heads who like to think as well as shake their asses to the beat.

Kweli’s idealistic approach to hip-hop has placed him in the often-misunderstood underground category, where artists with views that differ from those expressed in the mainstream are often cast away to rot in obscurity hell. Defying the stigma of being labeled as an underground hip-hop artist is one of Kweli’s biggest challenges.

“The kids that support the underground are the ones who light the fire under hip-hop and keep it going,” says Kweli. “But being labeled underground is a stigma. Any time you categorize music, whether you call it underground or commercial, you limit the music, because you are cutting off a whole audience who might want to listen to it but are not because you have already told them what you think it is. A lot of people talk about my music and have never heard my album. I’m usually automatically labeled.”

Kweli believes that hip-hop should not be categorized. “It could all be called just hip-hop, it really could,” he says. “Think about it. When hip-hop was in its golden age in ’87 and ’88, you could go to the Fresh Fest and see Whoudini, Run-DMC, De La Soul, N.W.A., Slick Rick, Doug E. Fresh, and Public Enemy — all on the same bill. That would never happen now because there is too much money involved in it (rap music). People need to create a genre in order to say what is popular now so they can put out records in that genre.”

The combination of Hi-Tek’s earthy beats and Kweli’s insights is not currently the most popular style within the rap genre. Nonetheless, Kweli remains dedicated to his mission. “It’s a struggle to stay focused, because it’s seductive and it’s tempting to get involved in all of that bullshit out there,” he says. “But I got a plan to continue to bring good music to the people. So I continue the path that I’m on, making beautiful noise my way.”