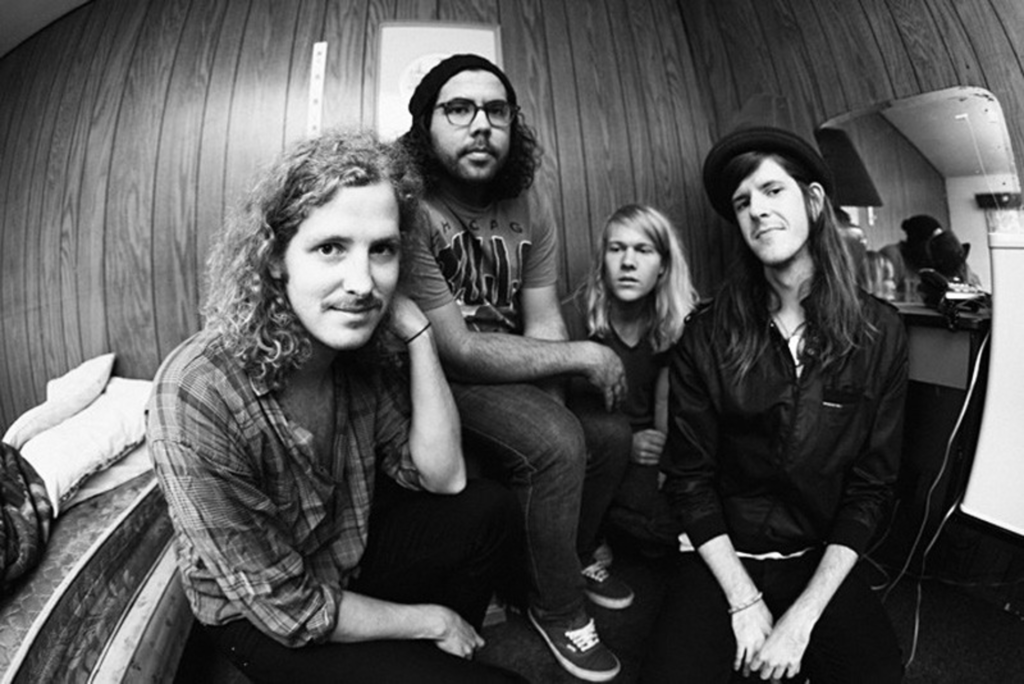 In their skinny jeans and fitted tees, the longhaired, Sharpie-toting members of the dance-rock band Queens Club don’t look like sports nuts.

But ask them about Zack Greinke, and they’re apt to get downright giddy discussing the possibility that the Cy Young Award-winning Royals pitcher might hear the Queens Club song about him. Bassist Tyler Bottles is optimistic: “I had a pen-pal thing with [former Royal] Mark Teahen. He and I have kind of been chatting back and forth, and he’s listened to our songs. So Zack Greinke could have heard our songs.

“If not, maybe he’ll read this,” Bottles adds.

At 10 a.m. on a Thursday — early for musicians in their mid-20s — at a Johnson County coffee shop, Bottles and his bandmates, Jake Ryan (drums, programming) and Andrew Nichols (guitar, programming and vocals), talk about tossing balls around at home and on the road, about their deep pride for KC’s underdog sports teams, and about their band’s strategy for success in the game of the rock and roll. (Absent at this meeting is singer and guitarist Daniel Eaton.)

“I’m just glad I’m in a band with three other dudes who like to watch the Chiefs games,” Nichols says.

If they can’t watch, they use his iPhone to listen. And if the Chiefs aren’t playing, they tune into college or pro basketball, hockey, even swimming. The band is even named after a private sports club in England.

Ryan and Eaton played hardcore rock together in the Chariot, leaving the band in early 2008. The Chariot is on Solid State, a subsidiary of prestigious Seattle indie label Tooth & Nail Records, with which Ryan has kept in contact. “I sent our record over to Tooth & Nail ’cause it’s just like family over there,” Ryan says.

The label was impressed with Queens Club’s synth-heavy, moshworthy indie pop, and the band signed with Tooth & Nail in September. Almost immediately, the label sent the group on the road for 24 dates with Family Force 5. Mainly so that Queens Club would have something to push on the tour, Tooth & Nail quickly released the EP Nightmarer, which includes a Max Justus remix of the infectious title track.

Queens Club’s full-length debut isn’t scheduled for release until spring. Before that, Ryan says, the band is supposed to head to Los Angeles to make a video. Details are sketchy at this point, but the passion (other than music) that bonds the members of Queens Club is likely to surface in the concept, for better or worse.

“I feel like most videos that we make are kind of stupid because they involve sports,” Ryan says, “and I know most kids don’t think about that.”

In the meantime, the band is focusing on amping up the buzz.

Much as Teahen makes himself available to sports fans via the Internet, so Queens Club reaches out to its followers on all the usual social-networking sites — and then some.

For example, using the Web TV site stickam.com, the band earlier this year offered fans behind-the-scenes glimpses at the making of a video for the song “Haunted House.”

At the suggestion of its manager, Queens Club recently found another way to let people get close: the telephone. Through an account at saynow.com, fans can call a designated phone number and leave voice mails for the band, which other people can also listen to online. Fans might even get to talk to the Kansas City rockers live, if they call during specific times.

Queens Club was surprised at the volume of calls that came in during the first live session. Callers had to be put on hold, and a five-minute call limit was enforced. “It’s like speed dating or something,” Ryan says. “You try and make yourself real to them.” Meanwhile, a kid might be phoning from somewhere as random as a high-school football game.

Enter the art of interesting small talk. “It’s almost like you’re doing a prank call, but not really,” Bottles says. “You’re talking to someone you don’t know, so you have to create conversation.”

The band agrees that the experience was fun. Not that it would really matter how much they liked it — fan interaction is mandatory for aspiring rock stars these days.

“I don’t really care too much about it, but I know that it’s important,” says Ryan, who participates in the online engagement on the band’s behalf at a level that’s borderline compulsive. If somebody sends a message, he explains, Queens Club sends a reply, no matter how many times the other person writes back.

“I want our band to be the last one in that thread,” Ryan says.

That’s just good PR for a group that still has the time for it.

Plus, who knows? One day the superfan reaching out to Queens Club could be Zack Greinke.