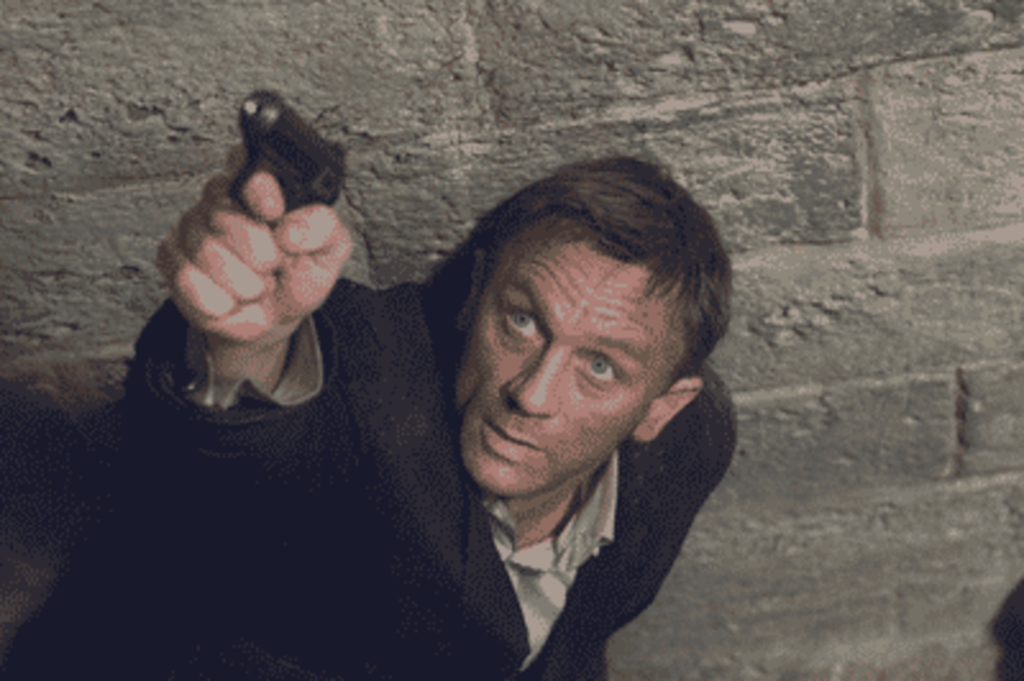 Those of us who adored Casino Royale, the 2006 reboot of the haggard, self-parodic James Bond franchise, had some trouble trying to decide where to place it among the series’ finest. Was it better than Goldfinger? Probably not, but close. The Spy Who Loved Me? Maybe so. From Russia With Love? Nope — missed it by that much, to quote another secret agent. It’s all shades of bullet-gray when it comes to Bond, historically riddled with silly, soporific misfires that looked the same regardless of who wore the tux and gulped the gin and gave the girl one last gasp before she drew her last breath.

But Casino Royale was a welcome break: It was the first James Bond movie since On Her Majesty’s Secret Service to portray 007 as something more than a handsome head perched upon a tailored suit and a martini glass. Daniel Craig brought to Bond warmth, humanity and, above all, gives-a-damn decency, lacking since George Lazenby’s sole stint as Connery’s stand-in. Casino Royale was a love story masquerading as a spy thriller, with Bond falling for his collaborator and eventual betrayer, Vesper Lynd (Eva Green), who was working for … ?

That, alas, is the question allegedly answered by Quantum of Solace, which takes its title from an inconsequential Ian Fleming short story and is the first Bond movie to serve as a direct sequel. At 107 minutes, it’s the shortest of the Bond films, but it feels like one of the longest as it bounces hither and yon, only to wind up stranded in a Bolivian desert, where baddie Dominic Greene (The Diving Bell and the Butterfly‘s Mathieu Amalric) is sucking the sand dry of its underwater river. Used to be, Bond villains were larger-than-life evil geniuses who at least had grand aspirations to take over the world; now, the bad guy’s just a phony environmentalist with a thing for deposed dictators and dry wells.

At least, that’s what Quantum of Solace seems to be about, though most of the time it’s simply too hard to tell, courtesy of the haphazard direction of Marc Forster, who demonstrates why Bond movies are best served by journeymen with something to prove than by would-be A-listers slumming it. From its very first moments, Quantum is a spastic, indecipherable, unholy, and altogether unwatchable mess. Between swerves and smashes, we simply have no idea who’s doing what to whom, where they’re doing it or why. What’s meant to be kinetic and cathartic serves only to disorient, to keep the audience at a head-scratching distance.

It’s as though Forster (Monster’s Ball, Finding Neverland) and his two editors (longtime collaborator Matt Chesse and Bourne Supremacy vet Richard Pearson) filmed Quantum on a roller coaster and cut the movie with a food processor. Consider the scene only moments after the car chase, as Bond and M (Judi Dench, even more disagreeable than in Casino Royale) question the mysterious Mr. White (Jesper Christensen, reprising his role from the previous film) about his role in Vesper’s double cross and death. The interrogation turns into a shootout, with Bond chasing the assassin across rooftops and through broken glass ceilings. But Forster interrupts the action with needless, irritating cutaways to inconsequential doings elsewhere that render the entire scene a confounding, alienating muddle. Which is to say nothing of the klutzy opera-house shootout stolen from The Godfather: Part III only moments later.

Written by Neil Purvis and Robert Wade (whose association with Bond dates back to 1999’s The World Is Not Enough) and Casino Royale pinch-hitter Paul Haggis, Quantum of Solace may ultimately prove Bond’s worst enemy to date. It’s both frantic and boring. If Bond is to bound again, it will have to be with a different director. Forster has done the seemingly impossible: treat Bond with such disdain as to render him pointless in his own movie.

Craig is still a rookie making clumsy mistakes here, and what seemed human in the relaunching already feels stale. Bond does little more than sulk through the picture — Forster doesn’t allow as much as a grin — while even Jeffrey Wright, back as CIA ally and comic relief Felix Leiter, seethes his way though his handful of scenes. If nothing else, there’s no need to worry about where Quantum of Solace fits in the Bond pantheon — it’s easily one of the worst.