Last night’s show in downtown Lawrence might have drawn the most patient crowd I’ve ever seen. For real: I can’t even conceive of the tolerance required to stand on hot concrete and cram in with 7,500-some of your fellow sweaty Lawrencians and not lose your goddamn mind. After a series of equipment issues and a weird freestyle thing featuring members of the opening acts, Public Enemy didn’t take the stage until about 10:30. 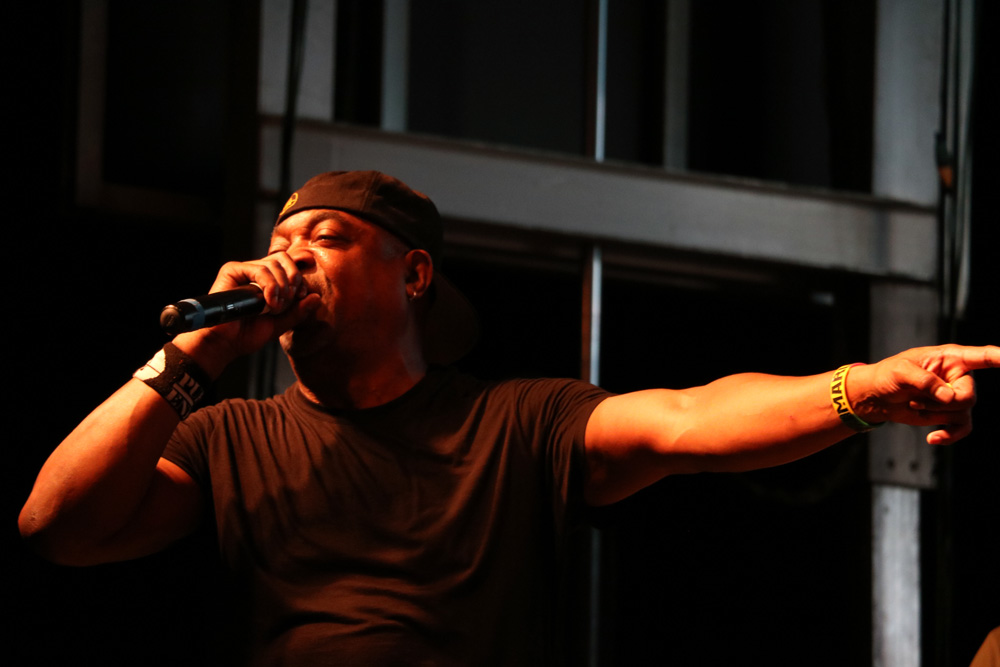 The show started at least started strong. But a loose vibe utlimately sapped the potency inherent in Public Enemy’s recordings and usual live presence. The sheer mass of the crowd could have turned even a loose PE show into a riotous party, but the group onstage didn’t fully connect with the audience, despite attempts by Flavor Flav, Chuck D and Professor Griff to engage.

To be fair, the audience seemed readier for a generic party than for a blast of Public Enemy. There was cheering and there was clapping, but, past the mass near the stage, the scene felt disconnected from the politically charged rhetoric and invective onstage.

“Think for yourself, because these next four years is gonna be crazy as fuck,” said Chuck D, before briefly discussing the issues of the prison industrial complex addressed in “Black Steel in the Hour of Chaos,” which actually ended up being well-received — although not as well-received as Flavor Flav’s assertion of “Flavor Flav for president!” 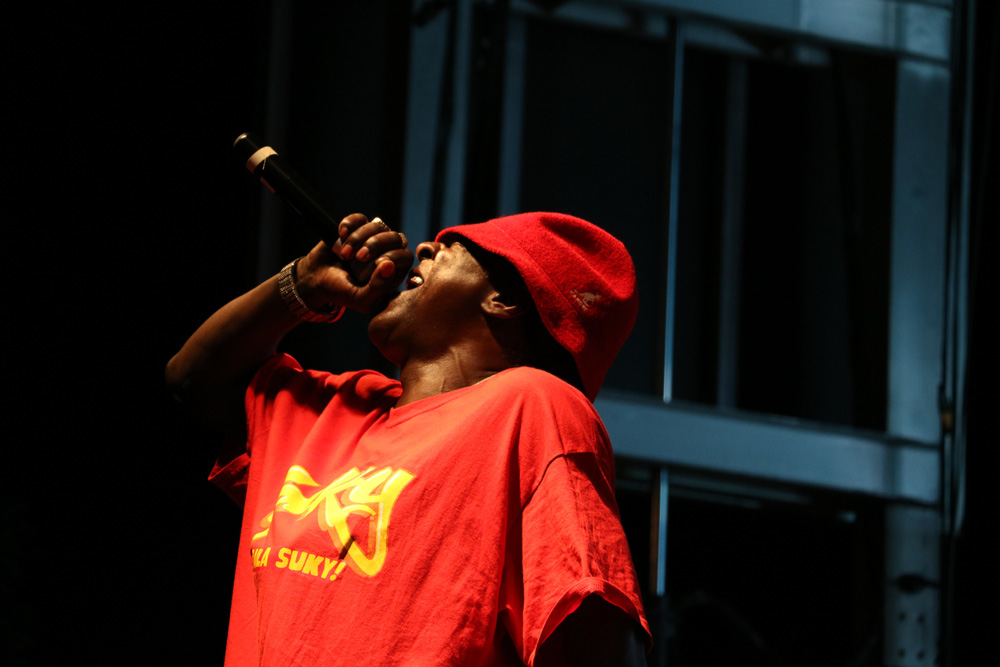 What immediately preceded that moment shows just how the act went wrong last night: a weirdly aborted Prince tribute, wherein they made a big deal about singing along if you knew the words before playing what amounted to the last 30 seconds of “Purple Rain” — essentially, the lyricless outro. This was met with widespread puzzlement.

It certainly didn’t help that the audio was being shot straight down the street, essentially in a concrete canyon completely lacking sonic fidelity. It was all bass and rhythm, with indiscernible lyrics. The first sense of a fully involved audience didn’t come until “Bring the Noise,” halfway through Public Enemy’s set, and well later in the night than many seemed to be expecting. 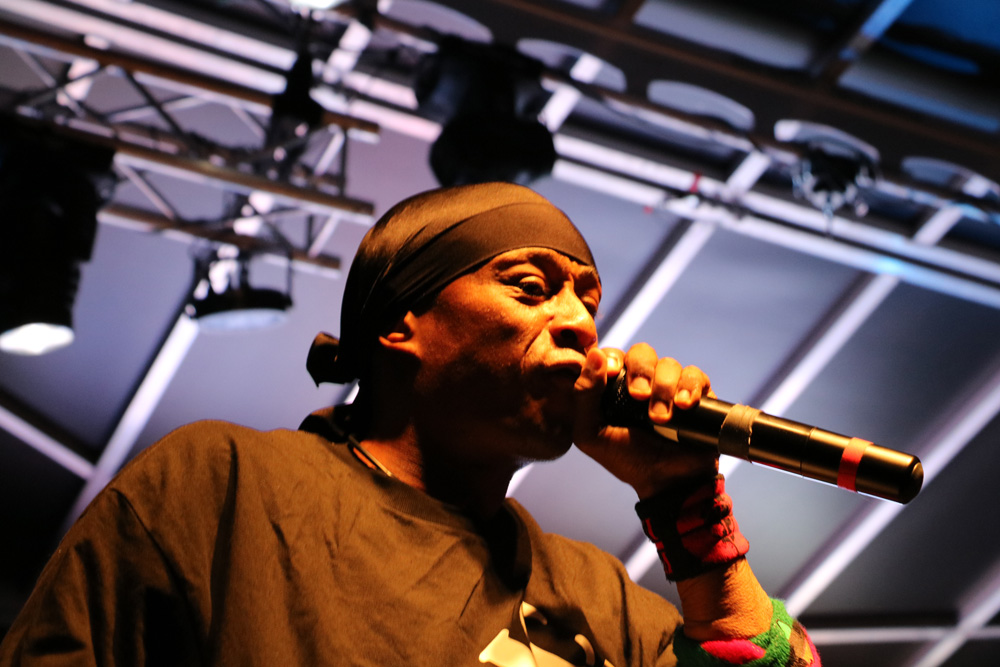 All in all, the audience seemed well enough pleased, and the street stayed packed until the end of the night, but the infectious dancing and party atmosphere that were so prevalent at Parliament — last year’s big Free State Fest free concert — never took hold. A big act got checked off many people’s bucket list, but in terms of engagement, it was a bit perfunctory. Still, any act that can get an entire city block chanting “Fight the powers that be!” deserves some kudos for seeing that everyone can, at least for a few moments, get woke.

Harder Than you Think

Night of the Living Baseheads

Welcome to the Terrordome

Black Steel in the Hour of Chaos 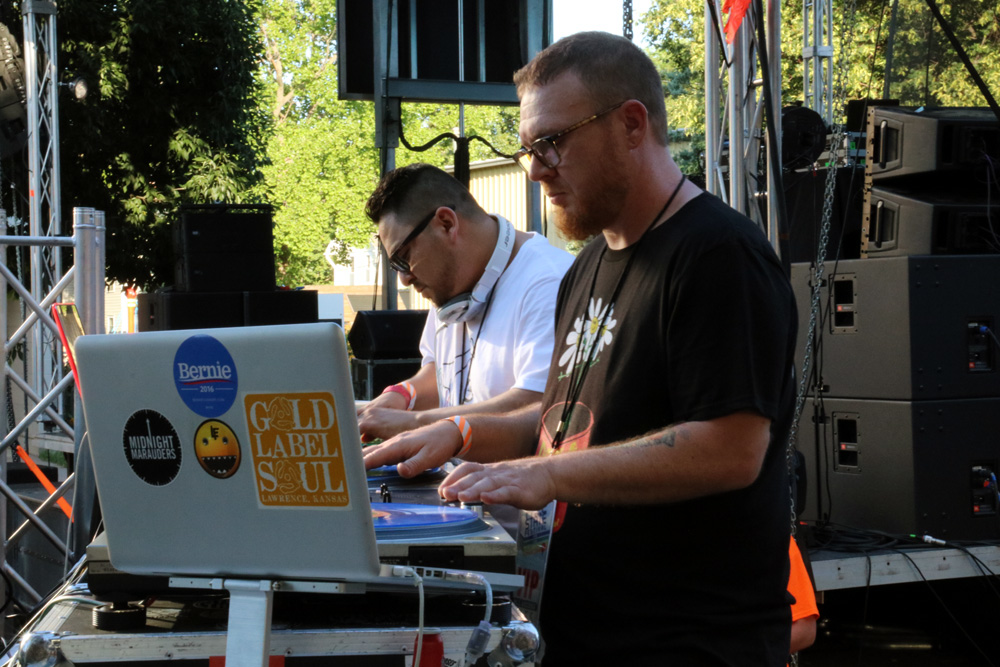 A cavalcade of acts opened the show, with a lineup strong enough to have been an attraction in its own right. Midnight Marauders, three DJs spinning simultaneously, let Johnny Quest, G-Train and Proof rock a house party with an Invisibl Skratch Piklz vibe. Well, usually — for the most of the set, it was just Proof and Quest bumping old-school hip-hop. Sadly, due to some equipment/setup/schedule things, they stopped spinning a solid 15-20 minutes prior to Lincoln Marshall’s set, resulting in a pretty substantial decline in crowd energy Lincoln Marshall would have to battle to regain. 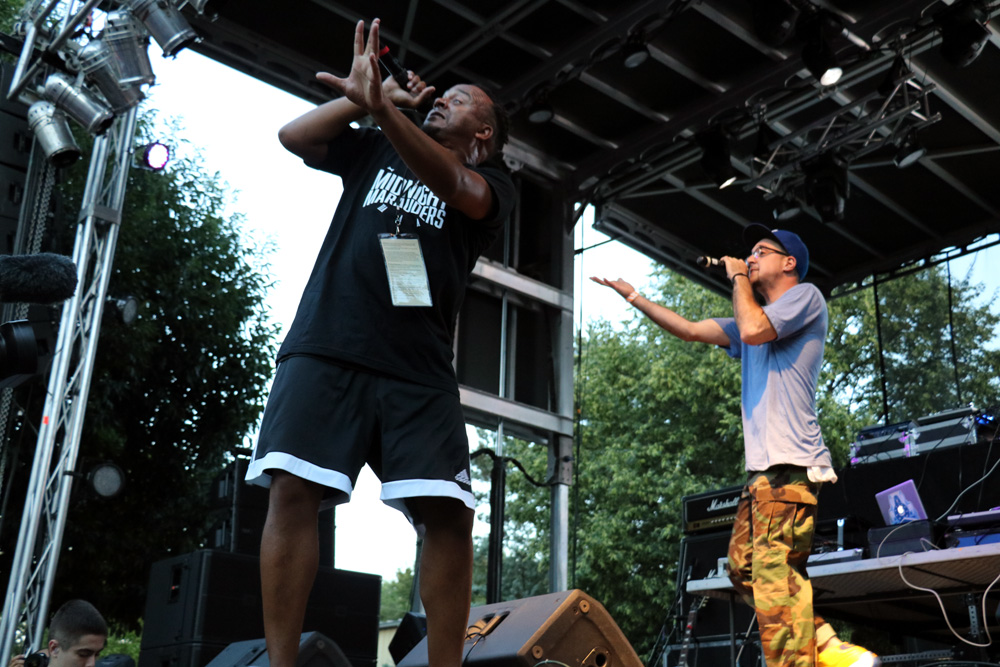 Happily, Approach, Milkdrop and G-Train rocked it for 15 minutes and brought the energy level right back up. Approach hopped off the stage and got down to the crowd, and really worked at reconnecting the crowd with the show. As Lincoln Marshall, this powerhouse of a hip-hop duo, live DJ and keyboards provides all the energy of Approach, but more — and that’s really saying something. 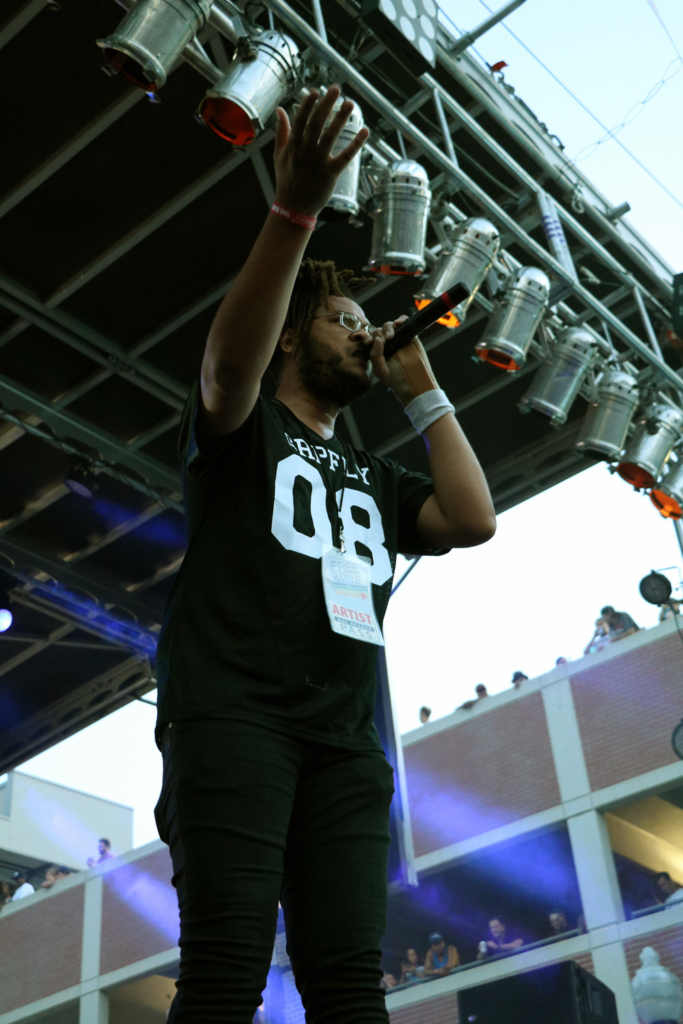 Lincoln Marshall was followed almost immediately by the angular work of Ebony Tusks, a one-two punch that demonstrated the depth of the local hip-hop scene. Ebony Tusks is another lyrical duo, and while they’re sometimes challenging — the beats and sounds can attack like Death Grips at times -— they had a crew up front in the audience shouting along for their brief time onstage. 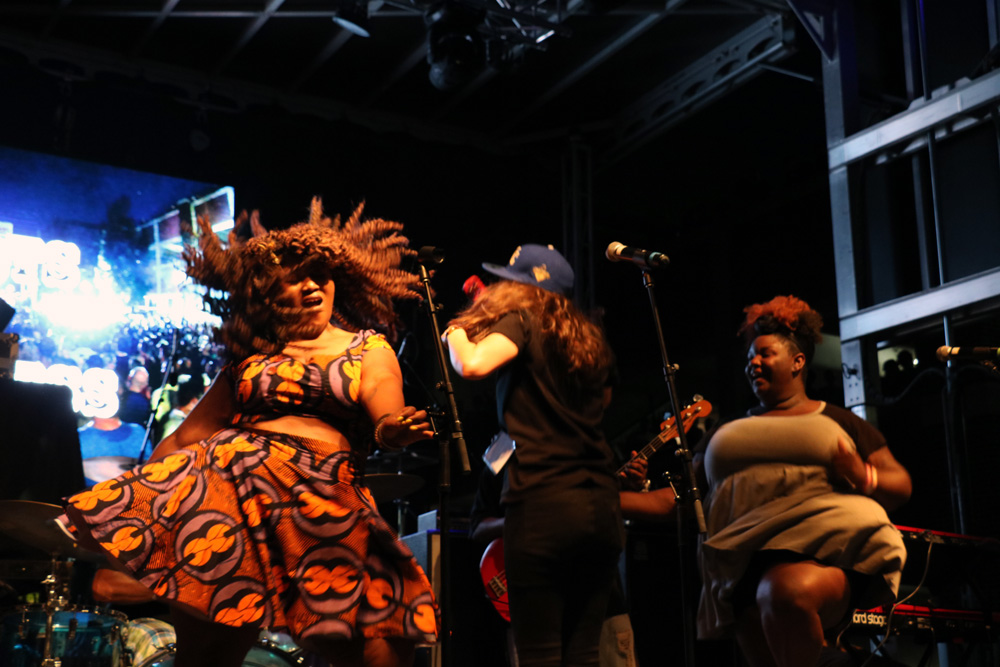 And holy god: If you don’t dance to Hearts of Darkness, you’re dead inside. Having Les Izmore and his massive crew bust out a set of infectious Afrobeat before Public Enemy was a scene-stealing stroke of brilliance. Taking this band and putting them on a big outdoor stage in front of thousands is the most natural idea in the world, because there’s no way you don’t hear one song and get to moving.

Right before Public Enemy took the stage, there was an additional brief set from Kansas City’s Heet Mob. They showed their mic skills and flowed well, but the crowd seemed primed for the main act and didn’t really connect. It was kind of bummer because their straightforward style made the transition to Public Enemy’s set smooth sailing.