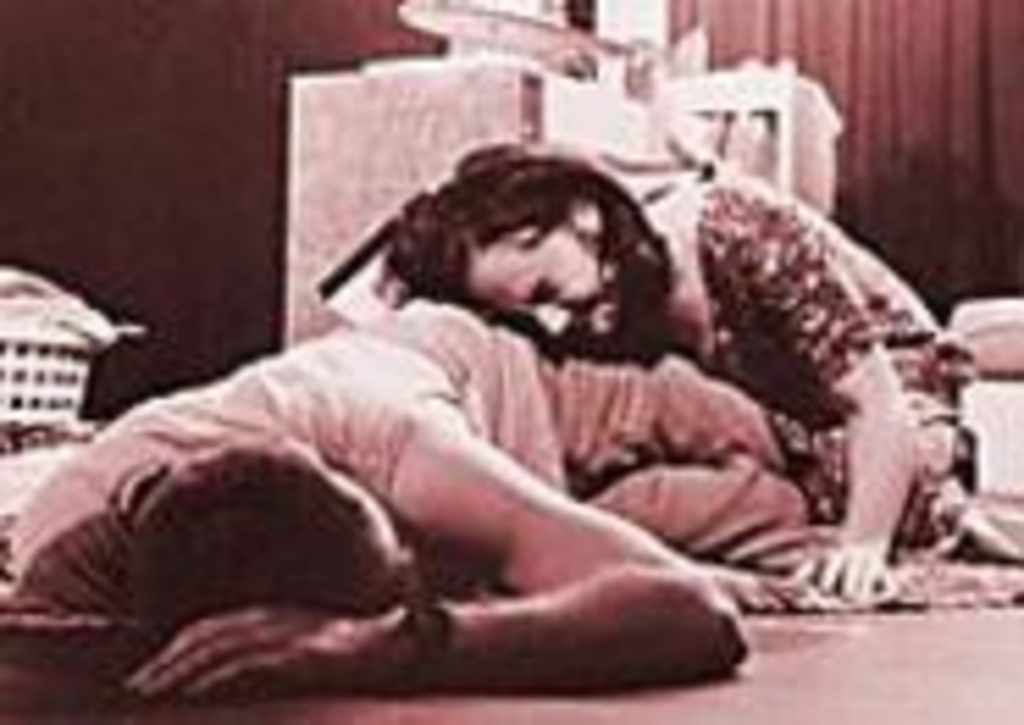 Psychobabble“Come see the first truly 21st century play in America,” exclaims a flyer for Snapped, which is being performed at the Westport CoffeeHouse Theatre. What this means isn’t exactly clear. Its subject matter isn’t any more “21st century” than the 1945 movie The Lost Weekend, in which a bugged-out drunk saw bats in the wallpaper. Remove the millennial signifier and “the first … play in America” doesn’t make any more sense. The accuracy of the original statement is found only in the last word — yes, the play is being staged on this continent.

The play, written and directed by Don Stewart Baldwin, isn’t that hyperbolic. Nor is it very good. The best that can be said is that it possesses a perfectly reasonable beginning, middle, and end and that the members of its gargantuan cast of 13 — some of whom started acting four months ago — don’t completely embarrass themselves.

Snapped is less a play than an exorcism, wherein the body count of personal demons is quite high. The central characters are David (Billy Hamilton) and Cydney (Charlotte Kyle), a young married couple in a rut. He’s blue-collar and a bit of a lush; she says she stays home all day, albeit in a dress, hose, and heels à la June Cleaver. In the first scene, he downs three beers and responds to her desire to talk by punching her in the face. Cydney’s sister, Theresa (Andee Weinfurt), gets her to overcome her masochistic “but I love him” crap and move out. A visit from David’s father (Michael Weaver), who tells his son that she probably deserved the abuse, gives us a glimpse of the root of David’s problems.

From substance and spousal abuse we go to therapy, which takes up a good hour of the two-and-a-half-hour play. After one marriage counseling session with a stoic therapist (the monotone Michael McKeown), who unrealistically takes notes during the entire meeting, both David and Cydney are instructed to work out their issues in group therapy. During David’s first visit to the all-male group, other actors each get a monologue detailing childhood traumas. One was raped by his female babysitter; another was physically abused; yet another is disturbed by his sexual attraction to his daughter. The fourth one clutches a teddy bear and says at the end of the scene, “Ever since I met my inner child, my life is better.”

Cydney’s group session runs parallel to her husband’s. The women also either have abusive pasts or feel more dead than alive. The therapist’s banal prescription for everything is at least consistent: go to the pillows at center stage and beat them with a stick. Four times, the playwright has the characters do just that: pound the pillows and scream about how much anger they have toward their victimizers. Along the lines of “You (smack) had (smack) no (smack) right (smack),” each word comes on the downbeat of the stick. By the next session, everyone is better and you half expect to hear, “Life is just a bowl of cherries.” If psychiatry were this simple, there would be a googol of therapists out of work.

A side plot about Theresa’s past fling with one of David’s co-workers inexplicably begins 10 minutes before the final blackout and, as such, doesn’t go anywhere. The recurring concern about Cydney’s pregnancy ends cruelly for all concerned, and if I told you it ends with an adorable puppy, you wouldn’t believe it.

It is every American’s inalienable right to put his psychic pain into his art. What would Edward Albee’s Three Tall Women or Eugene O’Neill’s Long Day’s Journey into Night be without it? Yet the combination of all the psychobabble on stage with Baldwin’s effusive biography and pompous thoughts about acting and the creative process, which are found in the press materials and the program, raises suspicion about what is really going on here.

“The creative soul of our nation is what makes us powerful, and Kansas City is the heart,” the program says. It continues by touting Baldwin’s acting classes at his International Cultural Arts Center and says about the cast members: “In four short months of study they have emerged as Kansas City’s finest examples of authentic human behavior. The actors you will see tonight are proof of how well it works, and this is just the beginning. Whether you aspire to act, direct, write, or fully express your feelings in music or singing, this is the only place in town. Fifty hours of personal training a month cost $150.” And for a mere $5, you can buy a copy of the script signed by the cast.