"The gem has been taken by two mindless meat-children." 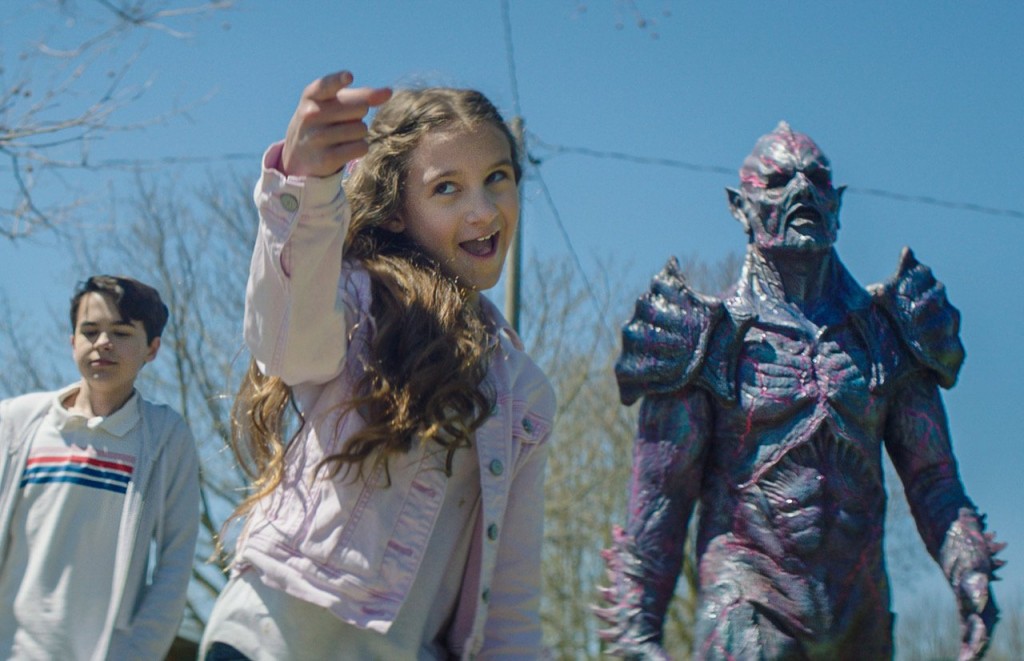 Out in theaters and via Video On Demand, this week brings us one of the darkhorse hits of a fairly tepid January film slate. I wish someone had given me a heads up that a psychotic monster-slasher film was going to be the most heartfelt indie release of the season.

Psycho Goreman—yes, that is the actual name of the film—is a blend of bloodbath creature feature and 80s family comedy. It’s as if a Calvin & Hobbes collection had 3000% more decapitations, but retained the same wholesome yet spunky/rebellious vibe.

We open with brother and sister, Luke and Mimi (Owen Myre and Nita-Josée Hanna), who are a couple of kids being quirky losers with a huge imagination. Their game of Crazyball results in Luke having to dig his own grave, which their parents are fine with, because we’re shooting for some real Addams Family energy. While excavating the backyard, they find a demon god banished to Earth by a council of interplanetary beings. Specifically, Mimi finds a glowing jewel attached to the creature. The demon comes to life and begins his journey to murder all life on Earth, and the rest of the galaxy; a mission once interrupted by his imprisonment.

That’s when Mimi discovers that as long as she possesses the jewel, she controls this destroyer of worlds, and he can do nothing without her permission. In attempting to parse what kind of new playmate they’ve made, the children discover that their new friend has no name that translates to Earthling, so they nickname him, yes, the titular Psycho Goreman.

From here, the rapscallions and their new best pal tackle everything from imagined playground games to taking brutal revenge on armies of outer space foes, to having lunch in a diner. It’s this incredibly specific and odd bite of nuclear family bonding in Americana, with brutal body horror sewn throughout. As cartoonish as the characters and gore become, the children never seem to mind or even notice, as they (and by extension PG), embark on adventures that are both inescapably childlike in their wonder yet cosmic in the scope of their repercussions.

In a month where one of the most talked about shows is Marvel’s terrifying twist on suburban living (WandaVision), Psycho Goreman comes at it from a completely different angle. (Often from inside, and then bursting outward.) 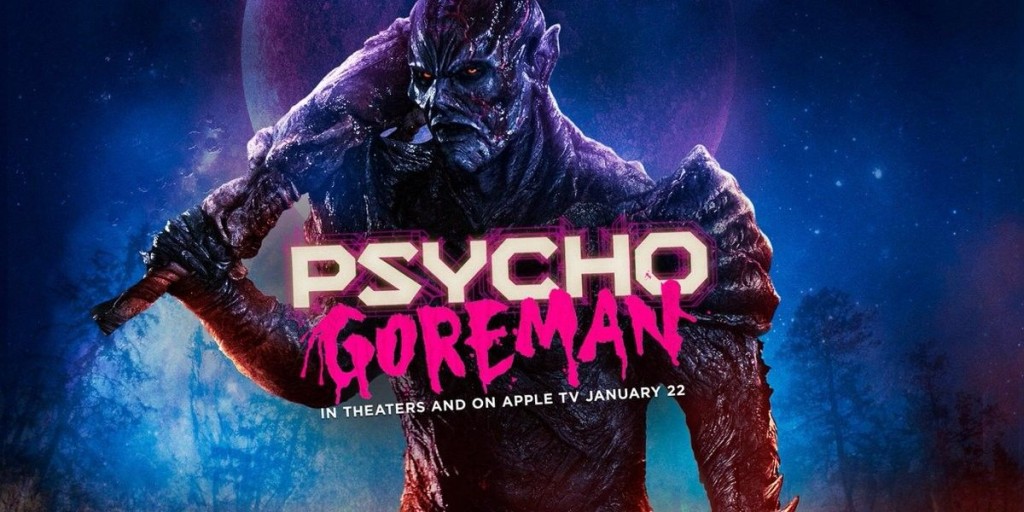 Director Steven Kostanski mixes elements of Heavy Metal, Hellraiser, and Return to Oz with several generations of older Disney family comedies that inadvertently had segments way scarier than they were intended to be. It’s a laugh-out-loud romp with flawless delivery on one-liners throughout. That, atop the fantasy elements of a world where children can be turned into anthropomorphic brains and cops can be transformed into gun zombies, would have been plenty.

But at its core, this is a delightfully effective story about family bonding, love, personal growth, and trust. In a film that could have easily tipped into “too cheesy” on either end of the spectrum, PG pulls off a balance that—for a certain audience—serves as a reminder of the true power of film. It’s brilliant in how unapologetically stupid it dares itself to become. Who knew that lowbrow could make me feel this high on the human spirit in 2021?