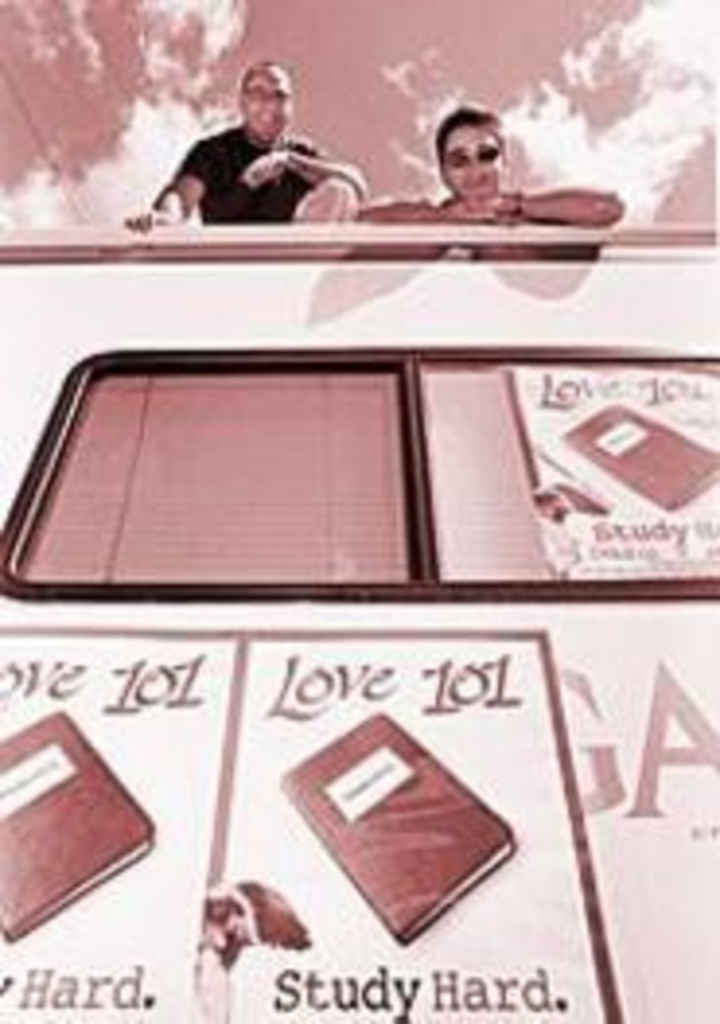 Making movies is a lot harder than it looks, especially for independent filmmakers. Assuming the film actually gets finished, one last hurdle remains: distribution. Hundreds of independent features never see a theatrical or video release because no one will market and distribute them.

Writer-director Adrian Fulle knows that side of the business all too well. His first feature, Three Days, failed to find a distributor, despite doing well at several film festivals. So when production finished on his second film, Love 101, a college-themed romantic comedy, Fulle took matters into his own hands. While talking to a producer friend, “I was sort of crying to him about how the movie did so well at the (Chicago Alternative) film festival and everyone loved it,” Fulle says, speaking by phone from Columbia, Mo. “Just throwing ideas back and forth, we came up with the idea of going on the road, promoting it in person, like rock bands do.”

So Fulle tried something unprecedented in the annals of film promotion: He went on tour. Joined by Will Carpenter, one of Love 101‘s co-stars, Fulle acquired a 22-foot RV and hit the road for a three-month trip around the Midwest.

After Fulle found the means of transportation, his next step was to get theaters to show the film, and he was surprised at where it ended up being booked. “We’ve been working with mostly the bigger theater chains,” he says. “It’s easier to get into the multiplexes,” especially in the spring, when Hollywood doesn’t put out as many films. “(The theaters) are taking a larger percent of the box office from our film than they are from a Hollywood film, so to them, it’s just pure profit,” he says.

Fulle and Carpenter have stuck mostly to college towns on their 12-city tour, which will bring them to the WestGlen 18 in Shawnee April 28 through May 4, to the South Wind 12 in Lawrence May 5 through 11, and to the Hollywood 8 in Topeka May 12 through 18. “We have it down to a science now,” Fulle says of the men’s schedule in each city. Upon arriving early in the week, they set about getting the local media’s attention and arranging interviews. Then comes the real legwork. “We do between 150 and 200 posters a week in each town. We hit college dorms, academic buildings, businesses around the campuses.” The result has been, for the most part, enthusiastic young crowds that identify with the movie’s setting and characters.

The realism of Love 101 is no coincidence, since the story was based on actual events from Fulle’s freshman year at Western Illinois University, where two friends of his fell in love with the same girl, as do the film’s leads. Although WIU was considered as a possible shooting location, Fulle and his producing partner, David Miller, settled on Northern Illinois University in DeKalb instead.

“We were so fortunate to get all those locations for free and have the school work with us on this,” Fulle says. “In the contract, (the administration) had to approve the script and we had to shoot anything with the Northern Illinois University logo in it two ways, one with the logo and one without, just in case they didn’t like the final cut of the movie.” As it turned out, the logo-free shots weren’t necessary. “The final cut ended up being tamer than what they approved. They were really cool.”

Also cool has been the opportunity to talk to aspiring filmmakers, who often seem surprised at Fulle’s accomplishments. “The kids are just amazed that anyone got off their ass and did the movie,” he says with a laugh. “It becomes a motivational tour more than anything. It’s like, ‘Hey, drop the bong and head out. Meet some doctors and lawyers and people who have a couple of bucks on them, and you’ll find that people really want to be involved in (funding) movies.'”

For Carpenter, this interaction with students has been a particular highlight of the trip. “I’ve really, really enjoyed visiting the different campuses,” he says. “The kids have loved (the movie), I think because the film doesn’t make a lot of the same generalizations that a lot of the teenie films make. It gives the benefit of the doubt that these kids are smart. I think the story comes out kind of like you’re eavesdropping with these people in the situation.”

A 1992 graduate of KU, with a degree in film and theater, Carpenter moved to Chicago after finishing school, then made the leap to L.A. earlier this year. The decision to travel with Fulle for three months was a tough one for someone just starting out in the Hollywood scene. “That’s a large chunk of time,” Carpenter points out, “especially the three months he was wanting, which was right in the middle of film and (TV) pilot season. That was a big thing to give up, but it was also an opportunity I didn’t want to miss. It’s never been done, taking your film on the road and trying to get a distributor, and going to these different cities and meeting people. I felt like I was campaigning.”

Love 101 has garnered a lot of attention since the tour began — so much, in fact, that it’s finally gotten both an international and a domestic distributor, both of which are taking the movie to the Cannes Film Festival in May. “That all came forward in the first three weeks of the tour,” Carpenter says. “So there’s been a buzz about us starting somewhere.”

Although they themselves won’t be able to go to Cannes, Fulle and Carpenter are pleased to have gotten this far. “We’re just tickled to be here and to have it showing on screen and not sitting on the floor,” Carpenter says. “It’s taken a lot of hard work on both our parts, but boy, it pays off when you’re sitting in the audience and you find yourself laughing with them, really laughing. That makes it all worth it because, God knows, we’re not making any money. Not yet.”

With the ingenuity and dedication the men have shown in the past couple of months, that situation could change soon enough. Maybe someday they can trade the RV in for a limo.