In Emerald Fennell’s thriller, revenge can be poisonous. Resolution can be equally dangerous. 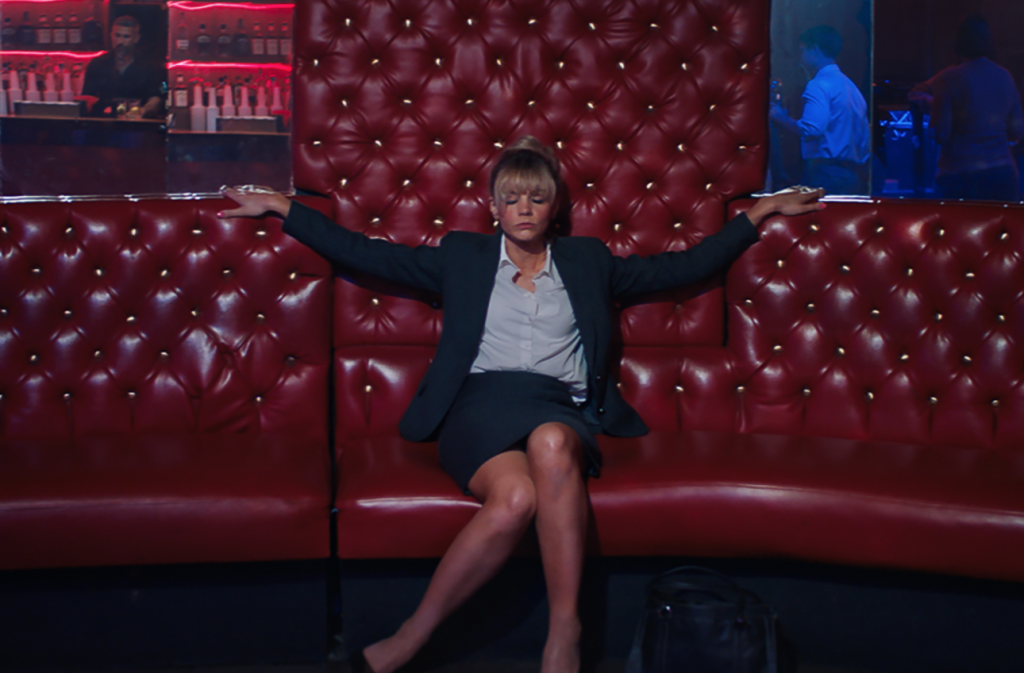 “Every week I go to a club. I act like I’m too drunk to stand. And every week a ‘nice guy’ comes over to see if I’m OK.” // Courtesy of Focus Features

Forgiveness is a tricky thing. In the church, I was taught that we’re supposed to forgive the people who do us wrong. Simple enough in Sunday school—you take my cookie, I might get mad, but it’s not a huge deal. I can forgive you.

I’m still a Christian, and I still believe in forgiveness. As I’ve gotten older, however, I’ve come to understand that it looks different when the transgression is more complicated than taking my Oreo during snack time.

In Christianity, asking God for forgiveness comes with the understanding that you’re not going to blindly commit the same sin again. When we forgive others, the same sense of grace is present. We forgive not to diminish the fact we were hurt—wrong is still wrong—but because we’re hoping the person we forgive understands the consequences of their actions, and is sorry. It’s a healing process that’s meant to go both ways.

Emerald Fennell’s Promising Young Woman is an exploration of what can happen to a victimized person when there is no atonement.

Specifically, Fennell takes a scathing look at rape culture, and a world in which women are assaulted by men who never have to answer for their actions. Fennell also examines what happens when someone is so driven by anger and revenge that the desire to get back infects their whole life. Promising Young Woman is a revenge movie, but it’s also a tragedy.

Fennell’s heroine, Cassie (Carey Mulligan), is a med school dropout whose departure from college is related to a traumatic wrong done to her best friend, Nina. Cassie’s desire to get revenge manifests in her going out to bars, pretending to be fall-down drunk, and getting a “nice guy” to take her home. Once the guy tries to have sex with her—and he always does—Cassie scares the crap out of him by revealing she’s not drunk at all, and calling her victim out on his despicable behavior.

A connection with a former classmate, Ryan (Bo Burnham), inspires Cassie to enact retribution on Nina’s assaulter, and everyone who refused to believe her at the time.

As you might expect from Fennell’s background writing multiple episodes of the subversive spy thriller series Killing Eve, Promising Young Woman is both razor-sharp and wonderfully campy. It’s defined by bright Southern California light and candy-colored visuals, an acidic edge made all the more off-kilter by the darkness at its core. That same appealing imbalance colors Mulligan’s performance, dressed in adorable outfits that wouldn’t look out of place in a romantic comedy, but with a sardonic attitude and merciless streak that exists somewhere between Daria Morgendorffer and Hard Candy’s Hayley Stark.

The movie’s real stroke of genius, however, lies in its male casting. Fennell weaponizes practically every recognizable “nice guy” actor in Hollywood under 45 in roles that challenge our popular perception of them. The reveal of each new man Cassie encounters further ramps up the joke, finally culminating in a series of reveals so hysterically on-point that they almost feel like a personal affront.

For all that delicious poetic justice, however, Fennell also gives us subtle reminders of how much damage all this anger has done to Cassie. Her trauma and fury cost her a lifelong dream of becoming a doctor, in addition to her best friend. It’s made her emotionally distant from people she cares about. She’s also developed massive trust issues—Ryan’s romantic pursuit of her is welcome, but Cassie struggles not to ascribe the same traits to him that she has to all the other men she’s tried to destroy. She wants to move forward with her life, but every time her instincts prove correct, she’s dragged right back to where she was.

Cassie’s journey, and the people she confronts along the way, all point back to the concept of forgiveness. Fennell doesn’t necessarily condone Cassie’s path, cathartic as it may be, but shows a lot of sympathy for her situation. How do we forgive when society not only allows remorseless people endless second chances, but actively rewards them?

Promising Young Woman suggests wrestling with that injustice too much can drive you over the edge. We can, however, scream the truth at the top of our lungs every chance we get.

Promising Young Woman debuts on Christmas Day in theaters and on VOD.