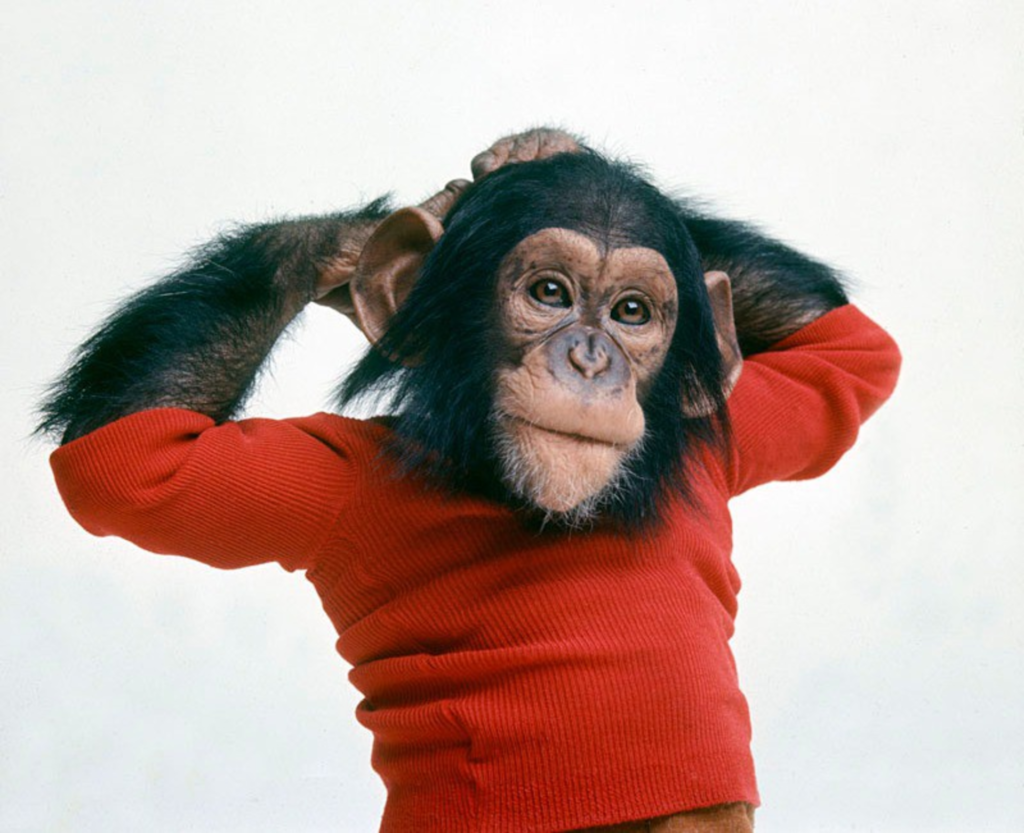 Exploring the limits of human consciousness from another angle, Project Nim chronicles the 1970s experiment led by Herbert Terrace, a Columbia University psychology professor who set out to disprove Noam Chomsky’s famous theory that humans possess an innate and unique ability to acquire language. Thus the name of its chimpanzee test subject: Nim Chimpsky.

Torn from his mother at infancy, Nim is shuffled from one to another in a series of homes, mostly unsuitable. The first is perhaps the strangest: the Upper West Side brownstone of Terrace’s former student (and lover) Stephanie LaFarge, now wife of a “rich hippie” and mother of six undisciplined children and stepchildren.

Nim is breast-fed by Stephanie (yes, there’s video) and dressed in diapers and overalls, but learns little sign language — one reason could be that no one in the family knows it. He then suffers traumatic removal to another facility (and another of Terrace’s ex-lovers). When it becomes clear that the experiment is ill-conceived and poorly run, and that the test results will never be what Terrace had hoped, Nim ends up in a grim warehouse cage.

Director James Marsh gives Terrace plenty of rope with which to hang himself, and the documentary raises fascinating questions on the meaning of language and the responsibility of scientists who research animals.