Procrastinate with these online food games 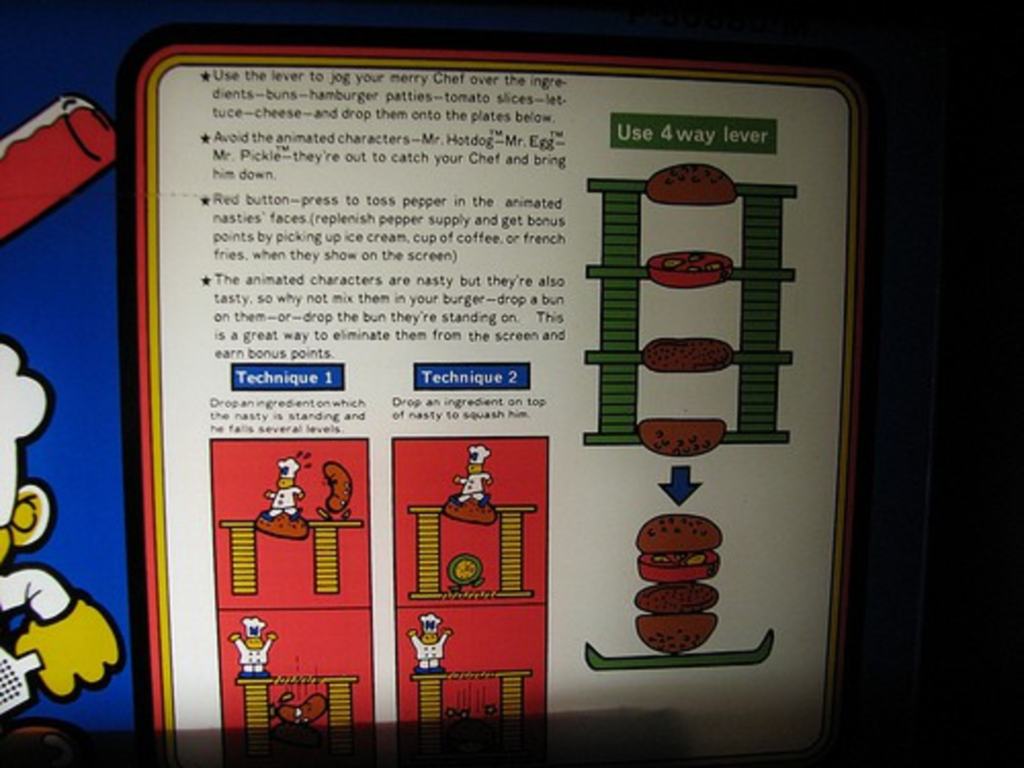 In terms of video games inspired by food, it might not get better than Burger Time — where you must assemble burgers from ingredients on a series of ladders before a fried egg (Mr. Egg) or hot dog (Mr. Hot Dog) touches you.

But because a lot has happened since the game’s release in 1982 (including a re-boot of the game for Mac owners in August), we at Fat City felt it was our duty to find you some more food-inspired games that you can likely play from your desktop at work.

For beginners, there’s the game known as Cheese or Font. Test your knowledge of cheese in this slightly addictive, bizarre game which was just posted online. Food-based video games don’t have to be complicated to be engaging. Consider this quartet of games discovered by Serious Eats: Don’t Burn the Brulee, Intergalatic Toast, Eat It!!! and Aerial Meats. In that last game, the mindless grabbing of falling meat is as enjoyable as minesweeper or solitaire.