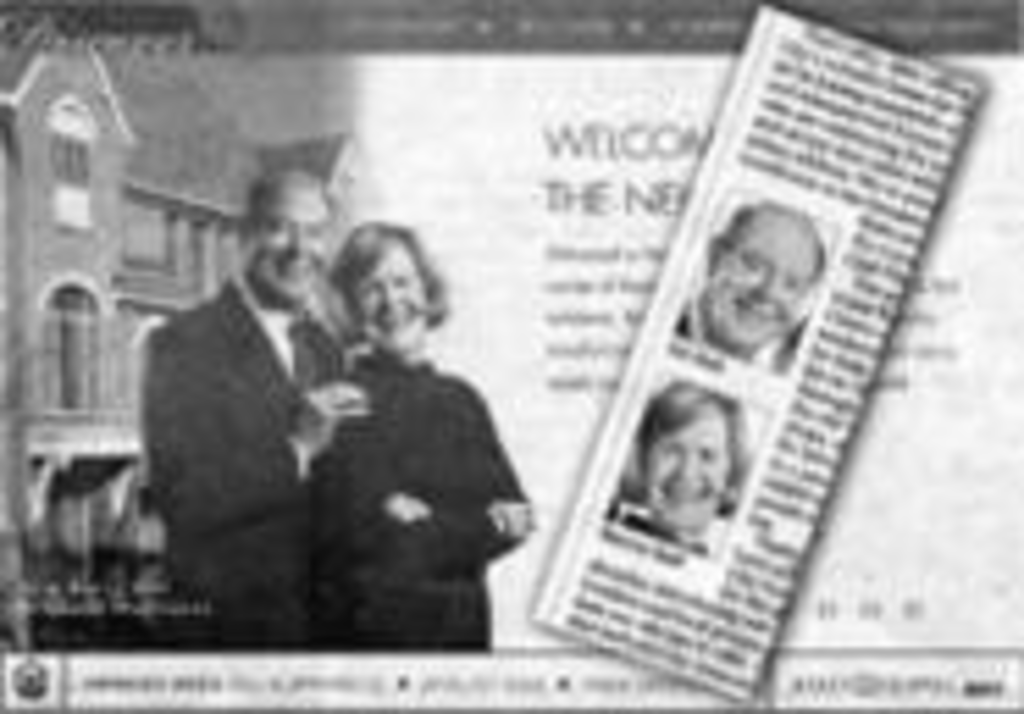 Every newspaper gets duped from time to time, including this one. But rarely has the Strip seen a major daily get worked as cleverly as the way The Kansas City Star got burned a couple of weeks ago.

This bellicose beef loin is referring to the slick way the Star was punked by one of its own advertisers. It began with an ad that ran in the Star‘s March 29 Business Weekly tabloid. The paid print come-on was for “The Residences at Kirkwood,” that ritzy new condo and townhouse development south of the Plaza.

Coincidentally, that swank money pit was the subject of a Pitch story by David Martin last spring (“High-Class Handout,” May 20, 2004). Martin wrote that the city had promised $8.7 million in tax-increment financing to Kirkwood’s developers, DST Realty and SCOL Inc., so they could build homes that would sell for $350,000 to $2 million. The reason for subsidizing such expensive digs? That area, the city had decided, was “blighted.”

Actually, that part of town is anything but blighted. But ya think that’s going to stop our city leaders from handing over millions in taxpayer cash to help a developer put up high-priced housing for rich folks?

Anyway, with all that assistance from us taxpayin’ fools, it’s really no wonder the folks at Kirkwood had the money to hire the slick public-relations firm Blades Trozzolo to create its print advertising.

The ad in the Star featured a smiling couple, Ed and Sherry Hall, who had been among the first to purchase one of the $400,000 townhouses in the development. “Now welcoming its first residents,” the ad reads, “the uncompromised buildings are quickly transforming into homes.”

And in case a reader missed the hint that this is a class operation, the word uncompromised is repeated under a fancy “K” logo. See, uncompromised is one of those code words that our financial betters like to use with each other to indicate that prices are steep enough to keep out undesirables. The photo of Ed and Sherry was a reassuring touch, too. The ad’s message came across clearly: Wealthy older suburbanites, come on down to live by the Plaza and forsake your barren ring cities!

Yeah, with retired empty nesters snapping up half-million-dollar lofts and condos all over the place, this town is going to be hopping.

Anyway, what really drew our attention to the happy Halls was the column that appeared under their names on the Star‘s opinion page the next day. Headlined “Embracing the energy of urban life,” it was one of those “As I See It” pieces — the regular guest essays that take up some of the Star‘s own prime real estate, running down the right side of the same page where the paper runs its unsigned editorials and letters to the editor. Often, this column is a polemic by a local politician or the head of some political or cultural organization that the Star allows to go off for several hundred words. It’s usually dull as dishwater, but sometimes it can be entertaining.

This skeptical sirloin remembers being immediately suspicious of the Halls’ gushing celebration of “urban life.” Their column read like an ad: “We’re joining hundreds of native and transplanted Kansas Citians who are embracing the energy and access that come with an urban address. We’re moving to a townhome at the Residences of Kirkwood near the Country Club Plaza.”

The Halls went on to celebrate strolling and lattes and art exhibits and other amenities of Plaza proximity, and they managed to get in another reference to their townhouse and to Kirkwood.

The piece felt as genuine as a three-dollar bill. But it was an eagle-eyed reader, Steve Heilman, who later pointed out to this tenderloin that the photos of Ed and Sherry in the As I See It column were clearly just close-ups of the same happy couple from the Kirkwood ad the day before.

The Strip fired off a question to the Star‘s editorial-page editor, Miriam Pepper: Did the Star have a new policy we hadn’t heard about? Namely, buy an ad, get a column?

“No, [Rib Roast], there’s no policy change here,” Pepper wrote back. “We [on the editorial page] remain independent operators, separate from the ad side. The photo was submitted by the couple to us before the ad ran. We welcome diverse points of view, and this piece was selected … because it offered an upbeat view of urban living.”

Well, after a little checking, we found that the Starlings may have been more finessed than they realized.

We rang up Sherry Hall, who works as a tour guide to Kansas City, and she was friendly as could be. This cranky beef cut told her it was genuinely hoping that she found her new digs a pleasant place to live, and she said she and her husband were still just settling in but happy. As for the ad, she said, “They [Kirkwood] had asked us, along with several other people, to go and have our pictures taken. And I guess they liked ours.”

Later, she said, a woman named Cori Kallenbach approached the Halls about writing a column. “Cori is with a PR firm, Blades Trozzolo. They were very, very nice,” Sherry told the Strip. “She wrote something and then sent it over on a fax, and we looked at it and made changes. It went back and forth until it was acceptable to them and to us.”

What a public relations coup! We called up Kallenbach to congratulate her on the PR wizardry. After she acknowledged that Blades Trozzolo had also handled Kirkwood’s print advertising, she confirmed Sherry Hall’s version of events.

“I don’t think there were any boundaries crossed,” Kallenbach said.

Well, of course not. What PR agent wouldn’t want to write a column as genuine as Astro Turf and have it placed in one of the most prominent spots in the local paper of record, all under the “bylines” of the stars in your print ad campaign?

It was PR genius, and we told Kallenbach so, but for some reason she seemed a little put out by the Strip’s kudos.

In fact, she said this was no different from other times when her firm “helps clients prepare” their As I See It columns for the Star.

Naturally, we were very curious about what other Blades Trozzolo products have been appearing as guest columns in the Star, but Kallenbach suddenly got shy and wouldn’t tell us who else has been getting the writing help.

Truth is, she sounded a bit panicked by the whole conversation. But really, this congratulatory cutlet thinks Kallenbach deserves a raise. She not only worked the Star like an old pro but also managed to get Ed, Sherry and the Kirkwood plantation mentioned in yet another column.

The Strip is only happy to oblige. Dave’s Not Here

As KCTV Channel 5 chased perverts to snag the 10 p.m. ratings lead, at least we could count on the station’s one throwback to solid TV journalism — part-time anchor, part-time city reporter Dave Helling.

But alas, nothing worthwhile lasts.

Helling this week tendered his resignation and will remain at the station only until a replacement for him is found. The Strip heard through the media grapevine that Helling was fed up with news director Regent Ducas‘ continued focus on jump-out-of-the-bushes, salacious TV, but when we talked to Helling himself, the longtime local took the high road.

“I have thought for some time that I wanted to go in a different direction than the station wants to in regards to what it covers for news,” he says. “We worked out an amicable departure.” Channel 5 waived any noncompete requirements, Helling adds, which means he could go to work immediately for another station in the area. “I love this town, and I want it to have good journalism. I don’t think my contribution to local reporting is over.”