Pride & Joy is all that and more 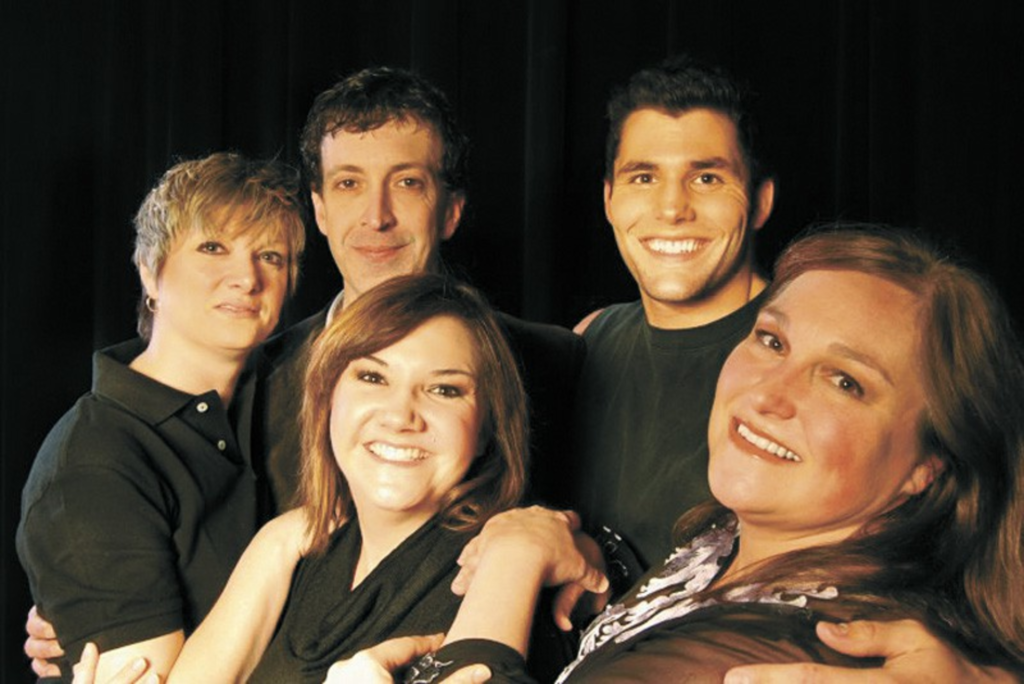 Because this show is a comedy, and a terrifically funny one, Paul Rudnick’s Pride & Joy and Other Plays deals in frequent surprises. There’s the Long Island mother whose son becomes a woman and then, to her great confusion, a lesbian. And the receptionist who asks a flamboyant public-access host to work his magic and turn her baby gay, so that he’s in color like Oz and not drab like Kansas. And the depth of feeling in another mom’s story, one of raising a gay son in the Midwest and then losing him to New York City and greater dangers.

And there’s Missy Koonce and Ron Megee getting the same kind of warm, grateful applause — just for taking the stage — that Radar O’Reilly or Mrs. C might enjoy at the New Theatre. At Saturday night’s performance, this felt like more than an acknowledgment of previous triumphs or the anticipation of hilarity to come.

Instead, it had all the pride and joy of Rudnick’s title, with cheers from an audience that had grown up with these two and was now welcoming them back as seasoned pros — survivors, even. Because it’s a benefit for this year’s AIDS Walk (taking place Saturday, April 24), and because American gayness is both its comic and serious subject, Pride & Joy is bound to remind audiences that survival is a gift. Koonce opens the show deep in character, a mom giving a dishy monologue about her kids’ increasingly outre sexual peccadilloes. But as the appreciative applause cascaded over her, a smile fought its way out of her: She was glad to see this crowd, too.

The show packs four brisk plays into 90 minutes, with jokes arriving so frequently, it’s as if Rudnick has loaded them into a tennis-ball machine set to a 15-second interval.

As that tightly wound mother, trying to find compassion for the kids who perpetually out themselves to her, Koonce snaps, “Please don’t share anything that leaves a stain.”

Her brittle, nerved-up performance more than justifies her walk-on applause. She’s especially good at holding a moment while the crowd works through a laugh. She’ll intensify, making a wicked smile more wicked or a dopey confusion more dopey. Directed by Jeff Church, she demonstrates true command over a character who’s easy to send over the top.

Following Koonce is Megee as the flamboyant Mr. Charles. He started so far over the top, I worried that the atmosphere was too thin for breathing. But that’s the point. Megee is approximating the last of the fabulous gay men. His Mr. Charles hosts a cable show in a great silk scarf and a dialect that he calls “shebonics” — or “gay English.”

Here Rudnick accelerates the pace of the jokes. My favorite was Mr. Charles’ test to determine whether you’re sitting next to a gay man at the theater. “Here’s a clue,” Megee pipes. “He’s saving his Playbill, and he’s awake.”

Megee’s is also a superb performance, as funny in gesture and expression as it is in dialogue. (His costume, by Jon Fulton Adams, merits applause of its own.) Late in the scene, Megee gets a chance to act out the history of gay theater in 60 seconds. Predictably, this kills, but just a hair more than Megee’s own silly dancing. Strutting cartoonishly against the motion of the Unicorn’s spinning stage, he’s like an animated computer file, performing the same hilarious action again and again but getting nowhere.

In the third segment, Kelly Main succeeds with the show’s richest material, playing a craft-obsessed Midwestern mom who finds that she has enough heart to confront the scourge she can only call “that disease.” There’s a fourth scene, too, one worth discovering in the theater.

Despite the memorable performances and Church’s sure hand, the show rises and falls on the quality of Rudnick’s jokes — a topic that sometimes divides critics and audiences.

The men sitting around me illustrated the range of responses. To my left, an eager fellow guffawed all through the show, often with a teary wildness that led to a wheeze, a cough or bouncing in his seat. There’s a domino theory in audiences of comedies: Sit next to a laugher and you’ll likely laugh, too, so I also roared along, often justifiably, at a fantasy about a young John McCain soaping himself, but also at easy cracks about Jodie Foster or lesbian haircuts.

To my right sat a connoisseur immune to momentum and infectious laughter. Instead, he would consider the gags before allowing a chuckle or nod. Once in a while, when one struck him with its oakey finish or something else, he would pronounce a judgment: “That’s a good line,” he’d say.

So many lines passed this test that Pride & Joy pleased both the belly laugher and the man of finer tastes. As for me, the reviewer in the middle: I laughed so much that, by the big song-and-dance, sing-along finale, when Church’s direction becomes something close to event planning, my pure joy at Megee, Koonce, Main and those endless Rudnickian barbs had washed all analysis out of me. Simply put, this is a great time for a great cause. Here’s to survivors.