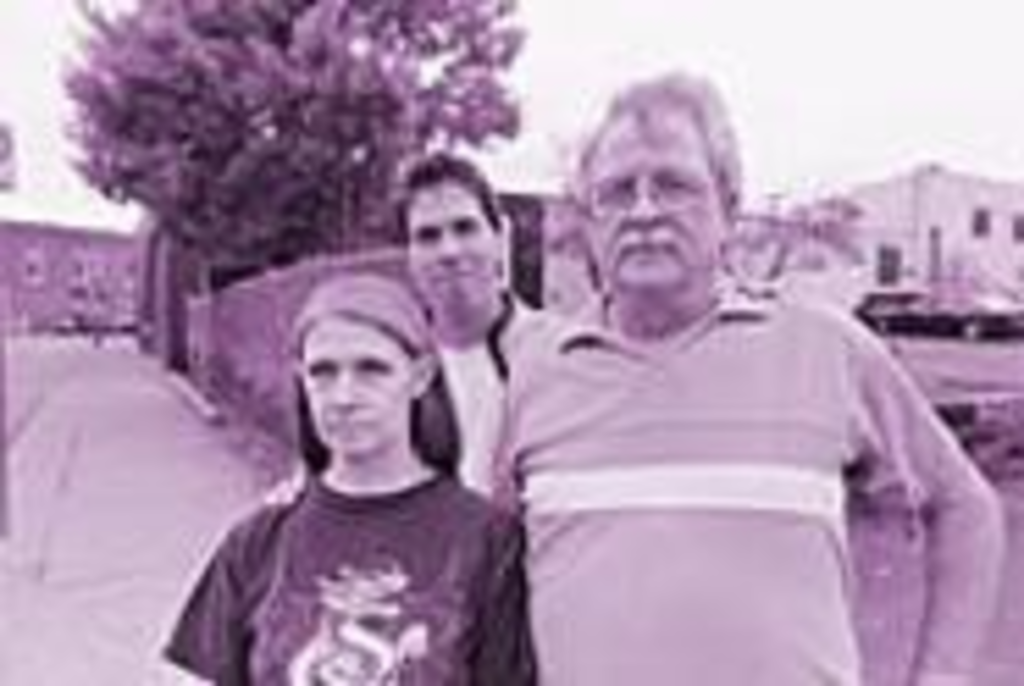 At the end of last summer, when Westport streets were swamped on Saturday nights by under-21 kids hanging out under the peremptory eyes of 50-some cops and private security officers, I asked Second District Councilman Paul Danaher whether 3 a.m. clubs were part of the reason for the large underage crowd. He brushed aside the connection and laid blame on parents who didn’t control their children. Danaher viewed any talk of eliminating 3 a.m. liquor license holders in Westport as economically foolhardy.

“We can’t kill the goose that lays the golden egg,” he said. “Westport butters this city’s bread. (It’s) an extremely important commercial area.”

Danaher has a point, and for the time being, the cold weather will keep the Westport sidewalks open and the goose comfortable. But business owners are worried about what will happen when the weather warms. “We cannot afford to have as many people hanging out in the street. It hurts business,” says Greg Lever, executive director of the Westport Merchants Association.

There’s some indication Westport has already begun to feel the pain. Though the Plaza Merchants Association says there’s no conscious effort to attract more young adults to the Plaza, a spokeswoman for the group doesn’t deny that those people are coming. The west end of the shopping district continues to evolve into an eating and drinking zone. Weekend crowds, the kind that traditionally have gone to Westport, are landing at O’Dowd’s Little Dublin Irish Pub, the newly remodeled Grandfalloon, and Mi Cocina. Young women, the spokeswoman says, feel safer on the Plaza than in Westport. And though women don’t spend as much on drinks and entertainment as men do, where there are women, there are men spending money on food and drink — a fact Westport bar owners know well.

To compete with the Plaza’s changing demographic, the Westport Merchants Association will have to figure out how to keep the underage crowd away come spring — or at least, as I’ve noted before, control the crowd without stepping on people’s rights and monopolizing Kansas City cops whose services are needed elsewhere (“Saturday Night Special,” August 17). The dilemma has been handed to former police chief Larry Joiner (who didn’t return my phone calls) and former city attorney Kathleen Hauser, who referred all questions to Lever. “We’ve been in a dialogue with them for months seeking a practical, feasible, and fair solution,” Lever says. “We’re working on having something in place by the spring.”

At a November 8 Midtown Presidents Council meeting, Tim Knight, owner of Precision Optics, and Kyle Kelly of Kelly’s Westport Inn told about a dozen neighborhood leaders that they’re looking for solutions. “We’re getting all factions together: city hall, police, and neighborhoods,” Kelly said. One solution, enforcing the curfew ordinance, was deemed unworkable because it’s “difficult to enforce (and) very manpower-intensive with one police officer per child,” said Knight. Another option was officially designating Westport as an entertainment district in order to restrict underage access to the area after a certain hour. Kelly said that move increased the chance of a legal challenge by the American Civil Liberties Union. Still another possibility was establishing a Community Improvement District in Westport, using the special sales tax proceeds collected within the district to pay for increased security. Kelly said that idea had been put on hold.

One idea that Knight and Kelly didn’t mention was phasing out all or some of Westport’s 3 a.m. licenses. It’s something bar and restaurant owners won’t even begin to discuss. Currently, 13 Westport drinking establishments hold the licenses. “Three a.m. doesn’t play into this,” says Lever. “Does it have an impact? Yes, but it’s a totally separate issue.”

Not for Major Anthony Ell, the Kansas City police commander in charge of the officers who tried to maintain order in Westport last summer. (The officers likely will be back in 2001.) Ell doesn’t like having 45 officers tied up with crowd control until 3:30 or 4 a.m. when they could be out on the street. Also, since Mayor Kay Barnes’ special commission on drunk driving released its findings last month, Ell sees a connection between DUIs and bars that stay open until 3 a.m. According to 1999 statistics, 47 percent of the DUI arrests citywide happened between midnight and 4 a.m. on any given day.

Last summer Ell suggested that some Westport bars close at 1:30 a.m. instead of 3 a.m. It got nowhere. Bar owners argued that since Westport is an entertainment district (though unofficial), closing at 3 a.m. is appropriate. Off the record, some merchants say certain Westport establishments couldn’t stay in business without the 3 a.m. license. Ell admits that Westport businesses “control their destiny,” but he wants more than the “entertainment district” answer. “I’m adamant about having some changes down there,” Ell says. “When you reduce the number of DUIs, it betters (the situation for) everybody because DUIs kill. If we leave it up to the nighttime operators, they’re not going to do anything. They’ll just mess around and will have something forced upon them.”

But the issue is on the front burner for the XO club at 3954 Central. Westport Neighbors United wants the club gone. The group’s members, mainly residents on Central and Wyandotte streets from 39th to Westport Road, say they’re tired of noise, trash, and drug activity stemming from the club’s patrons. “People want to party until 3 a.m., that’s okay,” says Braden Castaner. “Just not in our backyard.”

Westport United’s stand has hardened since early October. Then, the group’s president, Jim Grow, as well as Castaner and others, was willing to live with the club if it had only a 1:30 a.m. liquor license. But at the group’s November 5 meeting, Grow says, “We voted that XO has to go. We don’t want any bar in the neighborhood.”

The group has sought advice from Legal Aid attorney Jeff Williams. (Legal Aid’s Neighborhood Attorney Project has a contract with the city’s Neighborhood and Community Service Department.) XO’s management, after first ignoring complaints from Grow and other residents, increased security and cleaned up trash around the club and continues to do so. And XO managing partner Stuart Salomon has the support of the Westport Merchants Association, particularly longtime Westport businessman Bill Nigro, part owner of The Beaumont Club and Torre’s Pizzeria. Salomon was unavailable to comment for this article.

At an October 11 meeting at Westport Presbyterian Church, exchanges between Grow and Nigro took on trademarks of a personal feud. Nigro claimed to have held a noise meter in front of Grow’s house on Wyandotte and found that “the noise levels were pretty minor.” Grow called Nigro’s claim incredible and wondered whether Nigro was behind the untrue rumors that Grow was a felon. Nigro accused Grow of “leading a crusade” and trying to prevent the American Ingredients Company from renewing XO’s parking lease. If XO fails to regain or replace those parking spots, the club could lose its 3 a.m. license, says Eldon Audsley, the city’s director of regulated industries. Or it might have to downsize. “City codes tie square footage to available parking,” Audsley says.

American Ingredients officials would not say whether the lease would be renewed or whether XO was negotiating for its renewal. But on September 5, the company’s vice president of finance and administration, Joel Krichiver, wrote to Salomon: “As you should be aware, there have been a variety of incidences resulting in damage to our property from patrons of your club this year. We also find drug-related containers in our parking lot many mornings, evidence of drug-related activities…. As responsible property owners we are concerned for the safety and preservation of our property as well as our reputation as a good neighbor in this community. This situation simply cannot continue. Therefore, we must inform you that it is our intention not to renew the Parking Lot Use Agreement we have with you and which expires December 31, 2000.” The company had received information about complaints concerning XO from Westport Neighbors United.

But the police don’t think XO is a haven of drug use. “The club is not the problem,” says Ell’s operations sergeant, Rebecca Fleming. “It’s the things that happen outside the club. These issues affect every club; same in Westport as everywhere else. It’s a matter of dealing with the issues inherent with people doing drugs and drinking. I don’t think anybody sees XO as ‘that’s the place (to get drugs).'”

She believes the biggest reason American Ingredients wanted to end the parking lease was fear of being sued if an injury or death occurred on its property.

By all accounts, Audsley wants a resolution. “We can broker an agreement,” he said at the October 11 meeting — and then warned, “If revocation occurs, it can permanently bar an owner from holding a (liquor) license again.”

Audsley gives the impression that he doesn’t want the XO issue to go that far. But he also sticks to the city code. “We take complaints very seriously,” he said at the church meeting. “The first obligation is to be fair. We’ve been videotaping (near XO) and have seen a variety of events. When push comes to shove, the neighborhood is going to win every time.”

Audsley says he hasn’t received any “outside political pressure” concerning XO’s 3 a.m. license. One source predicts XO will solve its parking shortage by “double dipping” — the alleged Westport practice in which multiple businesses claim the same parking spots to meet city codes. Audsley says his department will continue “field surveillance” for the remainder of the month. “Then in December we’ll sit down with the license holder, the owner, and neighborhood folks and see if we can come to an agreement. XO is a December priority project.”

Without a serious reevaluation of the impact of 3 a.m. clubs in Westport, and if the underage crowds return, some businesses may find that their priority could become simply staying in business. City officials and business owners who claim to be urban revivalists have to remind themselves that despite the rejuvenation that can come from diversity, nobody wins if businesses drive homeowners from a community. Nor does the mayor’s office have legitimacy if it bemoans the harmful effects of drunk driving without examining the impact of more than 100 clubs with 3 a.m. licenses in Kansas City, Missouri.

As I wrote in September (“Move the Clubs,” September 21), the city should offer up some tax breaks to local businessmen and send the large, 3 a.m. Westport clubs downtown, where the entertainment district should be and where the traffic won’t kill a taxi driver’s desire for a fare.