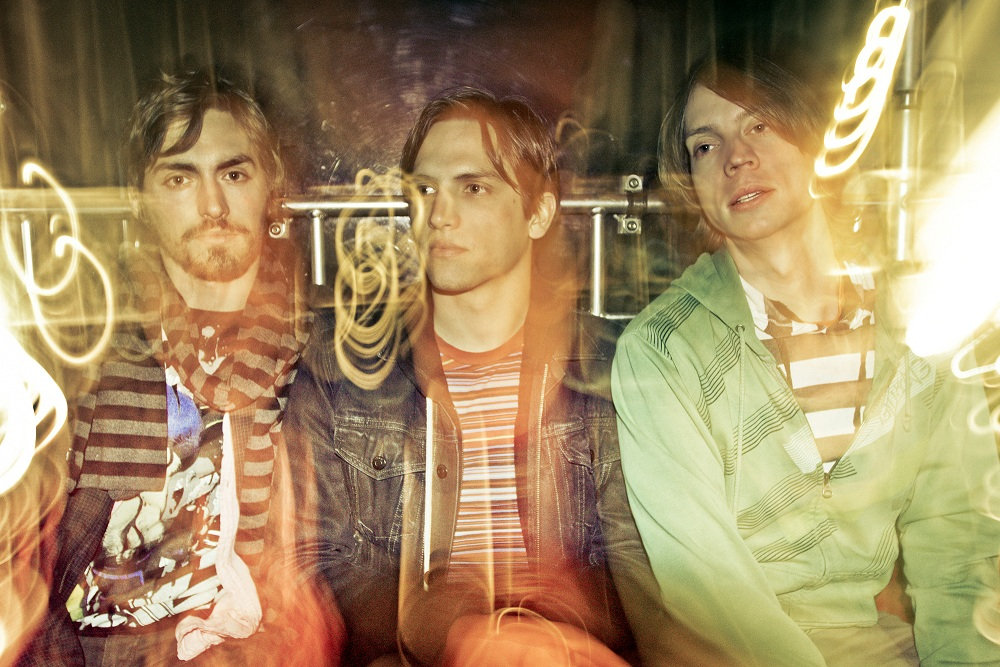 It’s been a minute since we had new music from indie dance-pop act, The Noise FM. The band’s last release was the December 2016 of Hot Sauce, a live album recorded at the Record Bar. Since then, the brothers at the heart of the band, guitarist/keyboardist/vocalist Alex Ward and drummer/vocalist Austin Ward, have been busy as members of the equally dancey Hembree. That band released their debut full-length, House on Fire, last year, and the Noise FM has been mostly silent for the better part of the last few years.

Happily, that all changes today, with the band releasing the digital single “Cooler Heads Prevail” b/w “Who’s Watching Who?” on Bandcamp today, courtesy of label The Record Machine. For the first week of its release, the single is exclusive to Bandcamp, and will be available via streaming services starting Friday, July 31. The proceeds from the first week will be donated to the NAACP Legal Defense and Educational Fund and Kansas City-based activist organization One Struggle KC.

We’ve got the premiere of the lyric video for “Cooler Heads Prevail” below, along with an interview I did by phone with the band’s Alex Ward from Los Angeles, where he and his brother, Austin, were preparing their living room to track drums for the next Hembree album.

The Pitch: When did you record these tracks?

Alex Ward: One of them–“Who’s Watching Who?”–we actually recorded that right after Trump got elected. We tracked that one and, actually, Isaac [Flynn] from Hembree and Joel [Martin] from Y god Y produced it, and helped us engineer and record it. We recorded that one in 2017 and it’s just kind of been sitting there. We’ve slowly been chipping away at a new Noise FM record in between tours with Hembree and a couple other projects that we’ve been working on.

The second song, “Cooler Heads Prevail,” I actually recorded in my bedroom maybe a month or so ago, over the span of a couple days. I don’t want to get into what the song is actually about, but that one, in particular one, stemmed from watching people being outraged and start protesting the mask mandates or the suggestions to wear masks, and just how outrageous that was – to see people protesting just the wrong things.

That immediately tied into the murder of George Floyd and watching protests for an entirely different reason. That song was stemmed out of all that uncertainty. That one just came together really quickly–much, much more quickly than a lot of Noise FM songs. I sent it to Joel, who I collaborate on a lot of stuff with. He’s just an amazing producer, and he had a couple ideas. He mixed it, I sent it off for mastering, and that thing was all done over the span of like a week.

That was one of the quicker things, whereas that other song had been sitting there for the last few years. Two very different processes between each song, but hopefully, it’s the starter or the first stages of what the new Noise FM album is gonna be.

Even though they are different production styles and recorded several years apart, they definitely work well as the A-side and the B-side of a single, because they’re both addressing similar political themes.

Without a doubt. That was the idea. Hembree had big plans to be touring and we were supposed to be starting a new record. This has happened for everybody–just everything being put on hold–so, if anything, what this quarantine has taught us has been a reminder to myself and Austin and The Noise FM is that we can’t be too precious about these things and just hold onto them forever. We want to put them out because they are expressing our emotions and how we’re reacting to what we’re seeing around us. The last few years have been a lot of anxiety for a lot of people, so that’s why–even though those songs are recorded multiple years apart–they’re still expressing that same sentiment, just because they’re kind of encapsulating just we’ve been through over the last few years.

“Cooler Heads Prevail” was recorded not long after you two moved to Los Angeles from Chicago. Is the song reflective of that, as well?

Yeah, we moved out here in October again with the assumption that we were going to be touring more and be really productive, taking advantage of the music scene out here and getting into some studios. So, we only had a couple of months to really enjoy things and experience a little bit of Los Angeles before it became Thunderdome and turned into a full-on lockdown mode.

The band recorded Attraction shortly after you had moved to Chicago from Lawrence. Seems like a theme.

We had put out an EP, Enclaves, which is our farewell record to Lawrence and right after that we moved up to Chicago and immediately started work on Attraction. That record was born out of the anxiety of moving to a new city where you don’t know anyone and that uncertainty. That’s kind of where that album came from and then it took us another big move to finally really get stoked on a new record and really start to focus on finishing it.

The next Noise FM record is going to be definitely a reaction to move into a new city and starting over again. These two songs that we’re putting out express uncertainty with a broader state of affairs in the world. I think a lot of the other songs that’ll be on the new record are definitely more personal, but also expressing uncertainty–more like moving to a new city, getting into my 30s, and still not even sure what the hell I’m doing.

The first week of release for this single is going to see the proceeds on Bandcamp donated to a couple of different organizations. How did that come about?

Both of these songs are born out of anxiety and about people being either oppressed or taken advantage of. Sometimes, I feel helpless, and I feel like this is a common sentiment for a lot of people. In my limited skill set, one of the few things I can do is write music that expresses a sentiment that a lot of other people are feeling. By expressing that sentiment through these songs–if there’s any sort of income or money that could come from this–I’m not sure that I particularly deserve to make a profit off of these songs.

I immediately had the idea of, “Let’s just put these out, and we’ll put them up for a donation.” Right now, it makes sense to support organizations such as the NAACP and One Struggle Kansas City. I wanted to do something on a broader scale, which is the NAACP Defense and Legal Fund. I also talked to Nathan [Reusch] at the Record Machine because I wanted to do something to support an organization that was more local to a community that we felt like we’ve always been a part of. That’s how One Struggle KC got brought up in the conversation.

You can snag “Cooler Heads Prevail” b/w “Who’s Watching Who?” from The Noise FM’s Bandcamp, and will be available via streaming services starting Friday, July 31. For more information about the NAACP Legal Defense and Educational Fund and Kansas City-based activist organization One Struggle KC, check out their respective websites.