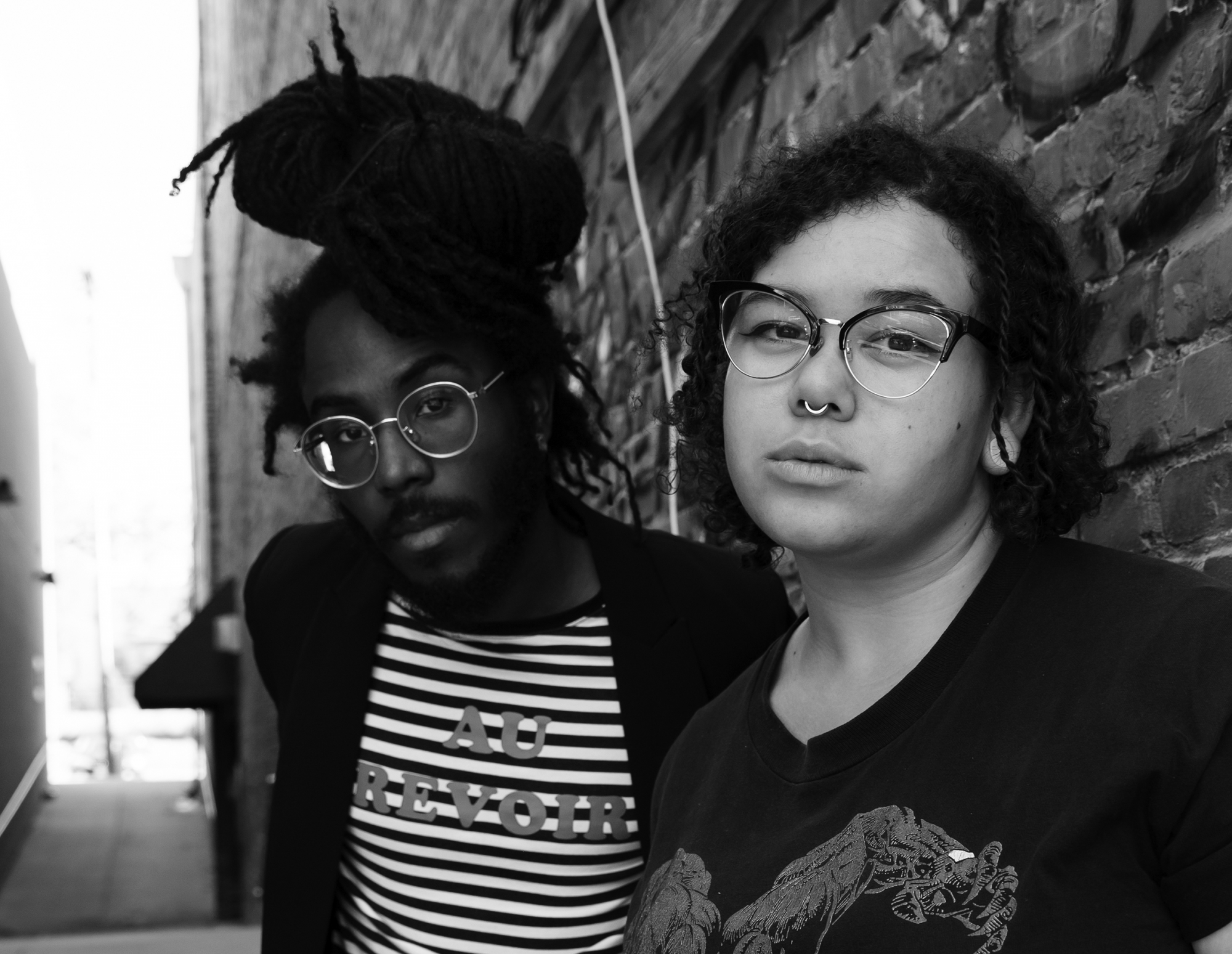 Given that the Black Creatures’ Wild Echoes was my favorite album of 2020, it should come as no surprise that I’m pleased as punch to be presenting this new video from the genre-defying duo. The original version of “Negative Zero” was released on the Black Creatures’ See No Evil, but with this version, they have a take which they feel is much more faithful to their current live performances and in the vein of Wild Echoes. The video for “Negative Zero” picks up where the video for “Wretched (It Goes)” left off, “so there is a conceptual thread between the two,” as Patrick Sprehe of Center Cut Records so nicely puts it. Check it out below, and read the Black Creatures’ statement on the making of the video, as well.

“We talk about it all the time, but ‘Negative Zero’ is the best example of this phenomenon; sometimes we come together with pieces of a song that fit together so perfectly the results surprise even us. So, conceiving a video that acutely paralleled the direness of the message was a huge deal for us. The process happened in a similarly fluid stride that furthered our awareness of the unfortunate necessity of art, media, and dialogue that exist in the same sphere. With that in mind, there’s some positivity we hope fans of The Black Creatures can also takeaway from this music video.

We had been sitting on this video for a while, already finished filming and that whole process was very fun and literally nourishing (because we got Fannie’s West African Cuisine to celebrate after filming). Like past music video releases, we worked with Rondevu Productions on this video—and it was a careful little gathering! We all got our ‘negative’ COVID test results within 48 hours of each other and said, ‘Okay, let’s go to the lake like a family,’ and we did. We spent two days filming on a freezing cold lake, dancing on cryptic constructions, and being outside way late at night.

We have set up this release to directly fund The Tamir Rice Foundation, founded by mother Samaria Rice. We also encourage others who can, to give to something that is centered around Black life.”