Premiere: Get Smart!’s ‘Under the Rug’ showcases the band’s history 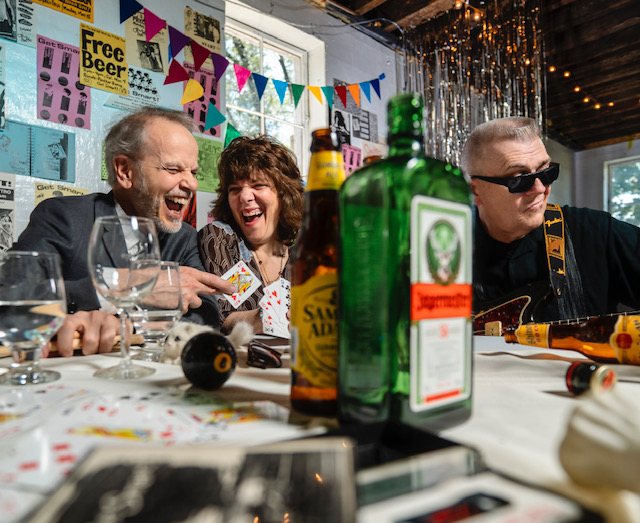 While the pandemic lockdown last year may have put the kibosh on the 40th-anniversary reunion show for Lawrence’s post-punk trio Get Smart!, they’re going for another attempt on Saturday, November 6, with their 40+1 anniversary show.

In the interim, the band’s Facebook page has been a veritable treasure trove of memories from the band’s ’80s heyday, showcasing fliers, band photos, and the history of many of the venues they’ve played.

This is all thanks to the band’s massive archive, and much of that has been put to use in this new video for Get Smart!’s song, “Under the Rug,” taken from their EP, Oh Yeah No, where it is one of six tracks originally recorded in 1987 for a third album that never happened.

Remastered last year by Steve Albini, these songs are fantastic, and I can’t wait to hear them live in a few months. In the meantime, check out the video below, and read a short statement from the band’s Frank Loose (drums, lead vocals) about how the video came to be.

“This video of ‘Under the Rug’ by Get Smart! features 75 photos, graphics, and video clips from the band’s archive, and includes images from their earliest days up until they disbanded in 1987,” says Loose. “Covering 300 gigs and tens of thousands of miles traveled, the video documents the energy and excitement of the band’s live performances and media coverage. Look for pics from Off the Wall Hall (now The Bottleneck), at the infamous Loft show, and of their notorious Dodge Sportsman ‘F*ck Truck’ on the road!”

The Get Smart! 40+1 anniversary show is Saturday, November 6 at the Bottleneck. More details on that show here.