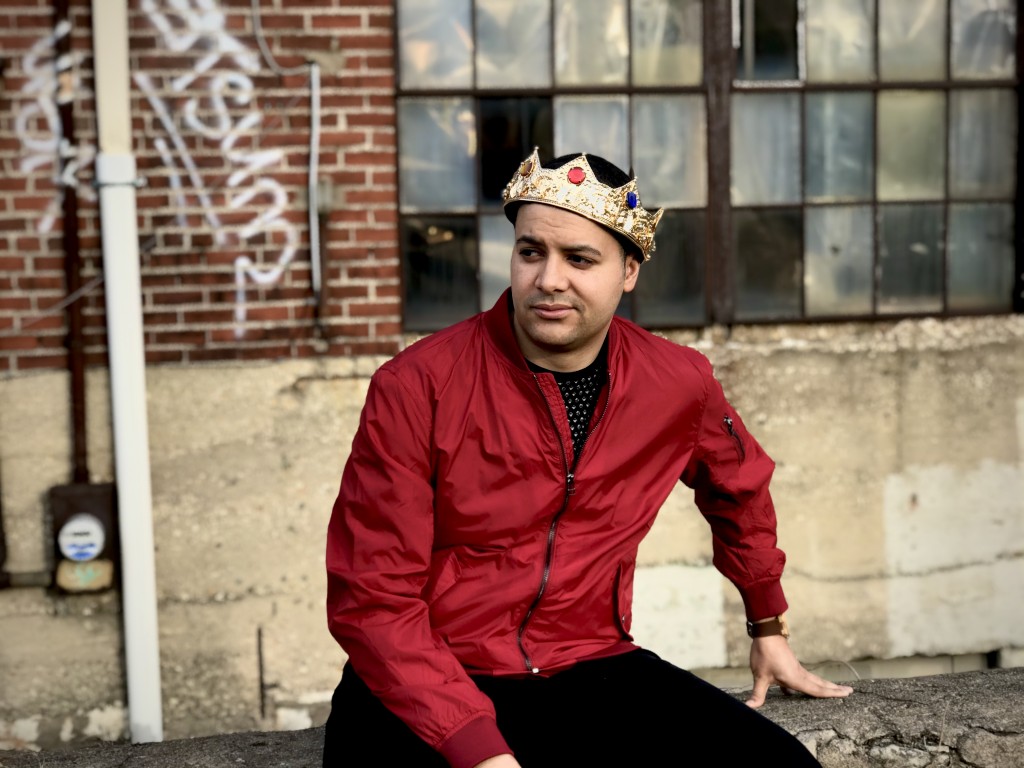 In recent months, rapper Flare Tha Rebel’s work on tracks like “Fuh Wit’ Me” and “Rosé All Day” have demonstrated the musician’s abilities outside his prior time as part of the hip-hop collective, Anti-Crew. Now, with the two-part “Royalty,” Flare shows that he’s aiming even further and higher. Not only does the music discuss the trials and tribulations which accompany the path to success, it looks at how one struggles once that success is achieved.

As an adjunct to the release, a poster featuring the album art by artist JT Daniels will be sold to benefit the Equal Justice Initiative, a group “committed to ending mass incarceration and excessive punishment in the United States, to challenging racial and economic injustice, and to protecting basic human rights for the most vulnerable people in American society.”

It’s a lofty goal, and one I was excited to discuss with Flare when we spoke by phone earlier this week. Check out the new tracks below, and read all about how it came to be.

The Pitch: With these two new tracks, it seems like doing a two-part thing is aiming higher than then you have before. This is aiming for something really, really big.

Flare Tha Rebel: I feel like it was a type of project that kind of became big as we were working on it. In the past, I’ve been able to work with really cool collaborators but on this song in particular, Bob Pulliam, the producer – he laid down the track. We were able to collaborate with Ryan Marquez – he’s a pianist and a composer of sorts. Then we had another singer, Katie McGinnis. As we were kind of working on the song, it was one of those projects that kind of evolved and got more layered and complex as we created it.

Before we knew it, we had a six minute song, and I was talking about so much more than we initially thought. It kind of grew into something we thought had such an identity to it that we could do a two-part piece, and really showcase something special.

How did it originally start out – what was the aim?

You know, it’s funny, because it was so long ago. The original vibe of the song was a lot more aggressive, then I had the idea of kind of smoothing it out a little bit. Initially it was just a song about how, you know, in hip-hop there’s a lot of, “Just look at me – I’m the best!” type of lyrics, and initially that’s how the song was. It was just bringing out your inner king, but as I was getting into the layers, that concept just felt like there was an opportunity to express something a little more deep.

When we kind of smoothed things out and added some live instrumentation to it, it really started to produce that. As we talked about the two parts, the first part kind of focuses on the resiliency it takes to be great and then the second part is, once you get that greatness, all the challenges that are still there – in the irony, so to speak, that to go through so much challenge to achieve a certain level of success, but then once you reach that success, you often have even more challenges,

I read a thing once that talked about success where the the person was saying money solves all of the problems that you had when you were broke, but it creates this whole new set of problems that far fewer people can relate to.

I think that’s definitely what we’re trying to explore with this song, but for me and my personal experience, and in who I am as a person of my identity, what I view is always through the lens of a person of color – specifically, the black identity in America. Oftentimes, when we see an issue for everyone, it’s almost always amplified for other folks of our community that don’t necessarily get the same opportunities or respect. When we’re talking about success within the black community, there’s a level of “What does that do for us” because we are trying to achieve success in a society that never actually was set up for us to be successful.

Even when you get it, it’s like, “How much did you have to give up of yourself to get that?” and the fact that, once you get it, you could still be judged not by your merit but by your melanin. That induces an extra layer of trauma for people of color and they have to go through that, even after they worked so hard to get these accolades, and they’re still not accepted. What does that do to us?

I imagine there’s also this level of, once you’ve achieved success, then any perceived flaws are seized upon and magnified in a way that wouldn’t be for people who are white.

Absolutely. And sometimes, they work twice as hard, because they’re under a microscope and there’s there’s pressure, because they’re put under a microscope by those that don’t accept them, and then even by their own community. Once you make it, there’s a lot of pressure for people of color to reach back and help other folks get that same level, too, and that that just creates a whole other component for this. People talk about how it’s lonely at the top and that applies to anyone, no matter what you are, but sometimes success equates to being accepted into mainstream white places, and that could be a very difficult thing for a person of color to do, 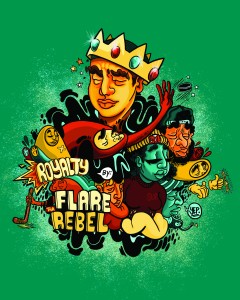 That is what the song achieves so well, and one of the things that really stuck out to me is that you’re going to be selling posters to support social justice nonprofits and you’re also going to boost posts for like the the places you’re helping to raise money for, as well, yeah?

That’s something that I’m very passionate about. I mean it’s no coincidence that I’m very passionate about music as an MC, but you know at the same time I work for an education nonprofit that’s helped keep kids on track to graduate. So, for me, it’s like everything that I want to do with my music and with my art, I kind of want it to be more than just music itself – I want to be able to throw focus to some of the societal issues that we’re having.

On the website that we just launched, there’s a tab that just says “Do Something,” and it’s nothing too crazy. It just lists some of my favorite nonprofits and social justice organizations. It’s just up to call attention to the fact that there’s more to do then like post a meme about something. There’s opportunities to get involved and get active, and I think the best place to start is to look at folks that are already doing good work in the community.

For this this song in particular, JT Daniels created this beautiful poster for it, and we’re selling the posters. Ten dollars of every poster is going to go towards the Equal Justice Initiative. I’m so passionate about the work that they do. I had a chance to hear Bryan Stevenson speak in public, and I read his book, Just Mercy, and just – everything they do to stop mass incarceration, and speaking to racial and economic injustices in justice system – I feel like that’s a huge thing that we need to be talking about. They do great work across the country, and they’re a national organization, so whatever I raise might just be a small drop in the bucket, but I just think it’s important to keep you know pushing the needle on these thing. If maybe someone listens to my song and and learns about Equal Justice Initiative, then that’s a benefit.