Power to Some People 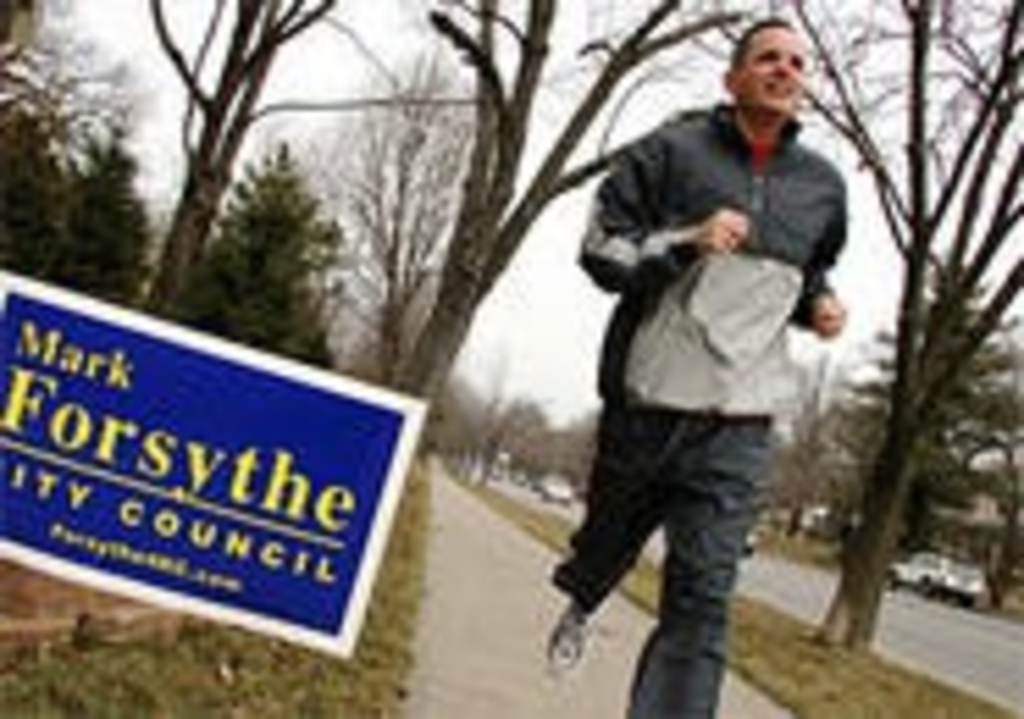 Five years ago, Mark Forsythe accepted an invitation to attend a Citizens Association meeting at the downtown Kansas City Marriott.

New to politics, Forsythe wasn’t sure what to expect. He left the hotel struck by how it seemed as if every past, current and future member of the City Council had passed through the door, smiling.

“I realized that those weren’t normal citizens, at least not in my circles,” says Forsythe, who is now running for City Council himself. “If it’s a citizens group, I shouldn’t be able to recognize over half the people in the room from the news and the newspaper.”

The Citizens Association has stood as a symbol for good government since World War I. The organization helped topple the Pendergast machine. Its logo is a broom.

In recent years, the Citizens Association has done a remarkable job of influencing city elections, or at least predicting them. The last time one of its endorsed candidates lost a contested race was 1999, when Charlotte Hill failed to win in the 4th District. The Citizens Association has ascended while the influence of other political clubs has declined. Freedom Inc., the city’s most famous black political club, supported four losers in the 2003 city election.

But as Forsythe discovered, the association does not draw wisdom from its solidarity with the masses. The group’s chairman and treasurer are real-estate lawyers. The secretary handles bond sales for a living. The past chair is a former city councilwoman.

In reality, the Citizens Association is less a government watchdog than a gatekeeper. The club charts a course for city elections by screening candidates weeks before the deadline for filing their petitions. Former Jackson County Executive Katheryn Shields got into the mayor’s race just in time to appear at the Citizens Association talent show last December; Joe Serviss dropped out immediately after the endorsement went to somebody else.

Candidates who receive the club’s prized endorsements are expected to contribute money to its political action committee. The PAC spent $130,000 advertising the Citizens Association slate in 2003. Pat O’Neill, a board member and campaign consultant, tells me the Citizens Association might spend $500,000 before the upcoming primary and general elections.

Getting an endorsement from the Citizens Association would have cost Forsythe $2,500. He didn’t know if he could raise the cash. “It really discouraged me, to be honest. I just thought, Maybe I can’t afford to be in Kansas City politics.”

Forsythe also had an oath to worry about. A 40-year-old electrical engineering consultant who lives in Brookside, Forsythe had sworn off PAC money when he entered the race for the 4th District in-district seat. In his eyes, the candidate “reimbursements” looked too much like pay to play. So last fall, Forsythe told the association that he would not seek its endorsement.

Candidates for at-large council seats and mayor fork over even more money — $5,000 and $15,000, respectively — after receiving the Citizens’ seal of approval. The arrangement doesn’t bother me that much. The money changes hands after the endorsements are made, after all. And it’s not as if the cash just ends up in somebody’s glove compartment. The Citizens Association sends out mailers and, in the last city election, paid for TV ads. “It’s pretty straightforward stuff,” O’Neill says. Hell, the group probably spends the candidates’ money better than the candidates do themselves.

What’s creepy is that the Citizens Association also accepts money from casinos. And Commerce Bank. And the Downtown Council. And the White Goss Bowers law firm. And Walton Construction. And the Electrical Workers Union.

I get a little suspicious when bankers, lawyers and gambling dens underwrite a movement for honest, efficient government.

In general, I’m pretty immune to conspiracy theories. Yet when I look through the Citizens Association’s campaign disclosures, I see lines and dots.

Back in 2003, during that year’s City Council elections, the Citizens Association got $20,000 from mortgage banker James B. Nutter and his son. Heavy Constructors, a road-building PAC, gave another $8,625.

Nutter and Heavy Constructors have a history of opposing light rail. Nutter was among the influential property owners who encouraged then-Mayor Emanuel Cleaver to smother a 1997 light-rail route suggested by the transit authority. The Nutters and Heavy Constructors bankrolled the quiet effort to kill Clay Chastain’s most recent proposal.

But Chastain’s plan passed. I think the victory reflected frustration with city leaders, who acted as if light rail would be a neat project for their grandkids to tackle someday.

Now, I don’t believe in black helicopters, so I’m not going to say that a $28,625 contribution from Nutter and the asphalt gang led Mayor Barnes and her fellow Citizens Association endorsees on the City Council to ignore light rail for eight years. But the facts are what they are.

I look at the Citizens Association board and see the names of people I like and respect. I also see people who depend on the city for a portion of their livelihoods, and it makes me think that the group’s name is a dark joke.

The Citizens Association treasurer is lawyer Tim Kristl, who, in his day job, represents the Briarcliff developers who recently received widely scorned tax incentives. One day not too long ago, “citizen” Kristl went before a City Council committee — made up entirely of members who had been endorsed by the Citizens Association at one time or another — to sew up those Briarcliff incentives.

The Citizen Association’s secretary, Jack Holland, handled the bonds for the construction of the Sprint Center and the downtown entertainment district.

In the upcoming election, the Citizens Association has endorsed Councilman Jim Glover for mayor. The choice came as a bit of a surprise — Glover is as dynamic as particle board. But since then, we’ve seen Glover campaign on the magic of tax incentives (“Shop at Costco?”). Maybe the endorsement wasn’t such a shocker.

The group’s chairman, Ford R. Nelson Jr., a lawyer by trade, defends its practices. He doesn’t see a disconnect between its mission and all of its donations from business interests. “When they give the money to us, they don’t control the ads or where the money is spent,” he tells me. “We do.”

In the 4th District in-district race, Nelson’s club endorsed one of its own. Jan Marcason is a member. (She also serves on other prominent groups and boards.) Forsythe, meanwhile, hopes to follow in the path of Jim Rowland, the last elected city official to win without the all-knowing Citizens Association’s endorsement when he beat Charlotte Hill back in 1999.

And I’m starting to think he’s right when he says the group should rename itself the Powerful Citizens Association. Instead of a broom, the group could adopt a winking eye as its symbol.