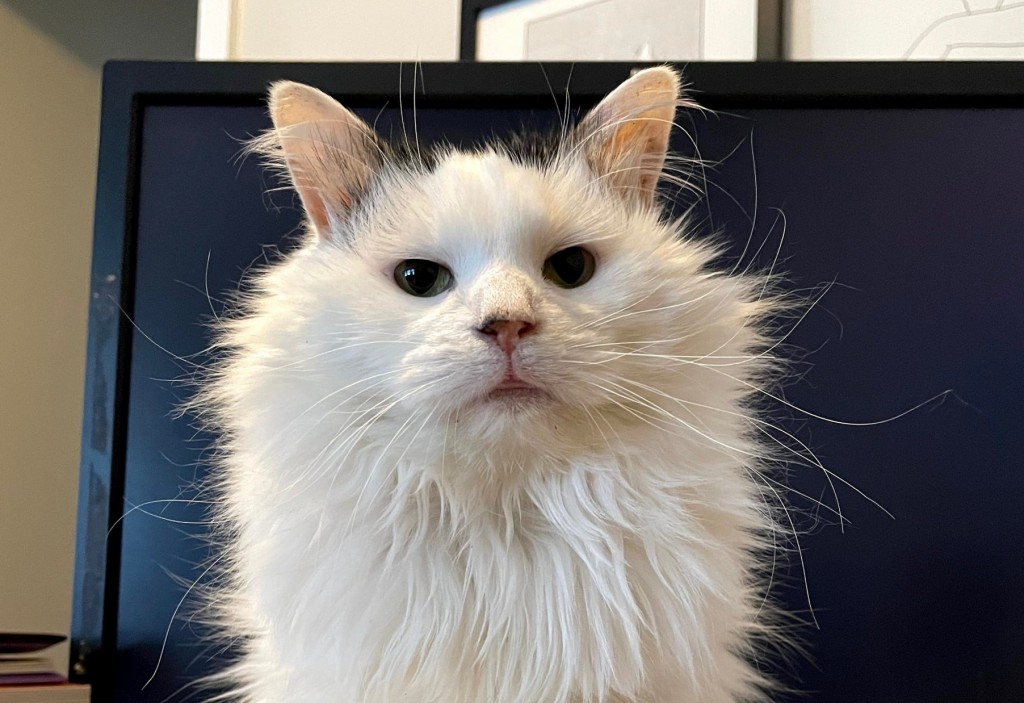 Pot Roast is one special cat.

Pot Roast the cat went from being hidden in a sorority house to being TikTok famous.

Her owner, whose name has been rescinded for privacy reasons, found Pot Roast during a college finals week her sophomore year in 2014. Missouri University of Science and Technology, or what used to be known as the University of Missouri Rolla when Pot Roast’s owner (PRO) attended, was having an event on campus with puppies and kittens to help students relieve stress. PRO says students could pay $5 to sit in a pen of kittens for 30 minutes and she immediately fell in love with Pot Roast.

“I just saw her and I was like, wow, I feel like she’s my soul sister,” PRO says.

She ended up paying to stay a full two hours with Pot Roast and had someone drive her to the animal shelter immediately after the event in hopes of adopting her. PRO says the shelter was willing to let her adopt Pot Roast for only $20 and all of a sudden PRO was a cat mom.

If you are wondering how six-year-old Pot Roast got her name, we will let @potroastsmom explain it herself:

Because this all happened so quickly, other details about this adoption had not been considered. PRO lived in the Chi Omega sorority house and had nowhere to keep Pot Roast since pets were not allowed. Her litter box was in the closet and this new living situation for Pot Roast only lasted for a week. Some fraternity brothers next door said they could keep her at their fraternity house but they did not know what they were in for when signing up to help take care of Pot Roast.

The shelter left out a few details about Pot Roast. They were willing to let someone adopt her for only $20 because she had many health problems. PRO says the shelter tried to sweep Pot Roast’s health problems under the rug and ultimately lied.

Pot Roast, a sweet angel, has feline herpes, stomatitis, as well as potentially another autoimmune disorder that was too expensive for PRO to test for but is keeping symptoms managed with medication. 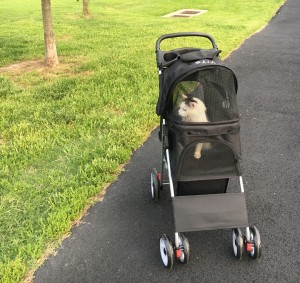 Due to Feline Herpes Pot Roast has to have lysine powder in her food to supplement her diet because Feline Herpes can cause upper respiratory disease, conjunctivitis, and ocular disease. Stomatitis would make Pot Roast’s teeth plaque green and the teeth began to rot. PRO would take Pot Roast to get regular teeth cleanings every six months but eventually, all of her teeth had to come out because of decay. The doctor tried to leave Pot Roast’s canine teeth in for as long as possible but eventually had to remove them.

“As soon as she got all of her teeth out she actually got so much better immediately,” PRO says. “I mean, she could not get past 4 lbs and now she’s like 5-5.5 lbs and she just is much happier.”

PRO, who now lives in North Kansas City, did not make a TikTok account with the intention of precious Pot Roast becoming famous. TikTok was a way for PRO and her friends from college to post fun videos about their lives to stay in touch after moving to different places.

“I didn’t want my college friends to forget that I was funny,” PRO says.

She says her rise on TikTok has been such a whirlwind with people saying the account is comforting over direct messaging. Her first video was on Christmas and now @potroastsmom on TikTok has over 392,000 followers and 14 million likes across all videos. Pot Roast merchandise is in the works and brands have reached out to work with PRO and Pot Roast.

“The idea of people wearing a shirt with Pot Roast on it just freaking delights me,” PRO says.