Posthumous Prometheus: Kansas’ Vitreous Humor has their eyes on the prize 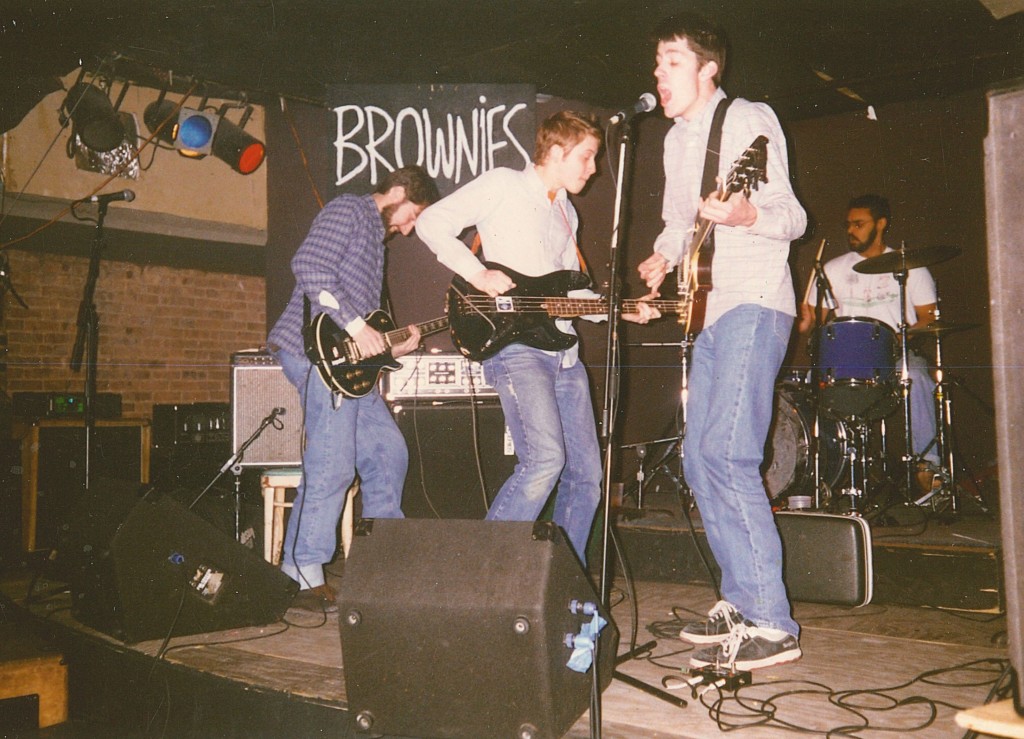 Originally formed in Topeka back in 1988 (by Danny Pound, Brad Allen, and Dan Benson, with the later addition of Brooks Rice), Vitreous Humor hasn’t played a show since 1996 when the band broke up. How is it that this indie-rock quartet is selling out pressings of Posthumous—their sole full-length collection—25 years later?

Never underestimate the appeal of “obscure Midwestern proto-emo” as a descriptor. Vitreous Humor’s connection to the venerable Crank! label means that any search of that record company’s discography will reveal the Kansas band. One with ties to genre stalwarts like Mineral, Cursive, the Icarus Line, Boys Life, and Jimmy Eat World.

Allen, the band’s original bassist and later guitarist, has an intriguing theory as to why the release of Posthumous—out this month from Ernest Jenning Record Co.—is doing so well. In her upcoming book, On Compromise: Art, Politics, and the Fate of an American Ideal, author Rachel Greenwald Smith talks about bands she liked from her teen years in Portland.

“She was saying some of the bands clearly were not technically good, or even maybe that good at all,” Allen explains. “They meant something to her because it was her life and her culture, right? So is Vitreous Humor just part of a moment or is it something that might have some appeal beyond that all this?” 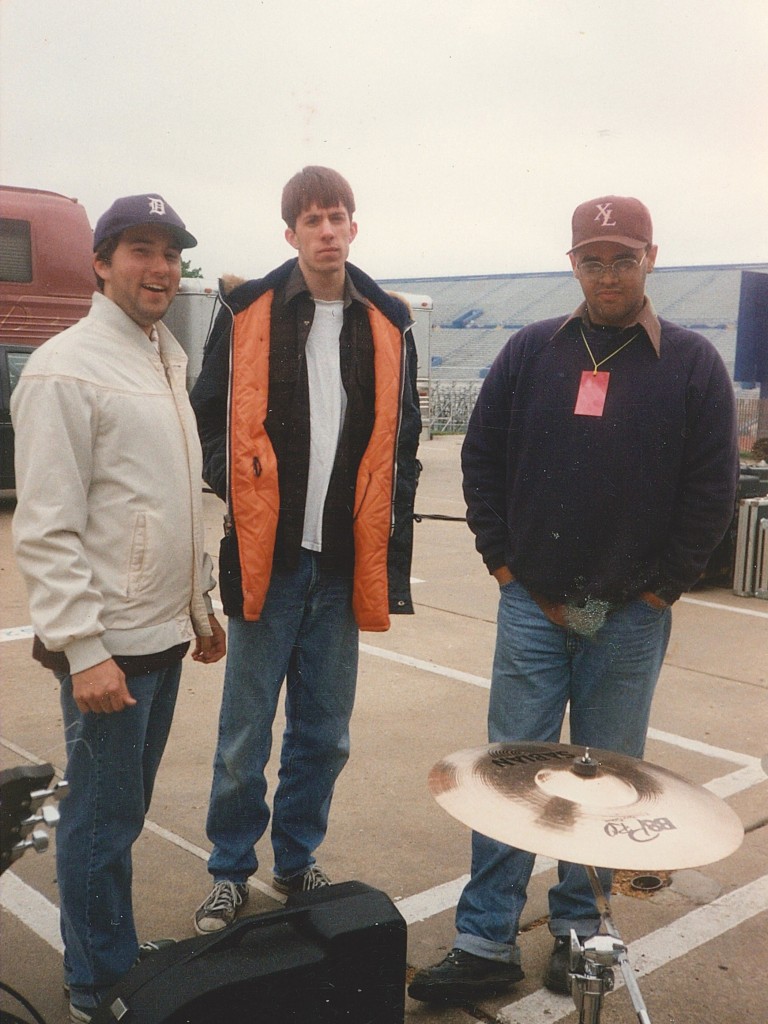 Allen is now the executive director of the Lawrence Public Library. He feels slightly vindicated regarding the album, given that people that he knows and respects have enjoyed it with no twisting of their arms.

“What is the point?” Allen asks rhetorically. “To me, it’s like, ‘What is the point of listening to four young guys from Kansas make super loud music 25 years ago? Does it have any relevance?’ It seems like there very much is a ‘90s nostalgia going on, although how can I be objective about this? I feel like a lot of the music that we played aged relatively well. It could have some level of universality to it.”

Pound appeared last June on the Washed Up Emo podcast hosted by Tom Mullen. Prior to that, Allen and Pound say that the discussion around reissuing their material had primarily been of a “should we get our money together and do a small pressing ourselves and just put it out?” kind of thing. The pair felt a nagging sense of needing to do something with it.

“I think both of us were just like, ‘Yeah, you know, it’s probably never going to happen,’” Pound says over the phone when I speak with him a week after talking to Allen. “It just falls through the cracks. Even though we knew there was interest out there maybe there just isn’t that level of interest where somebody is willing to front money.” 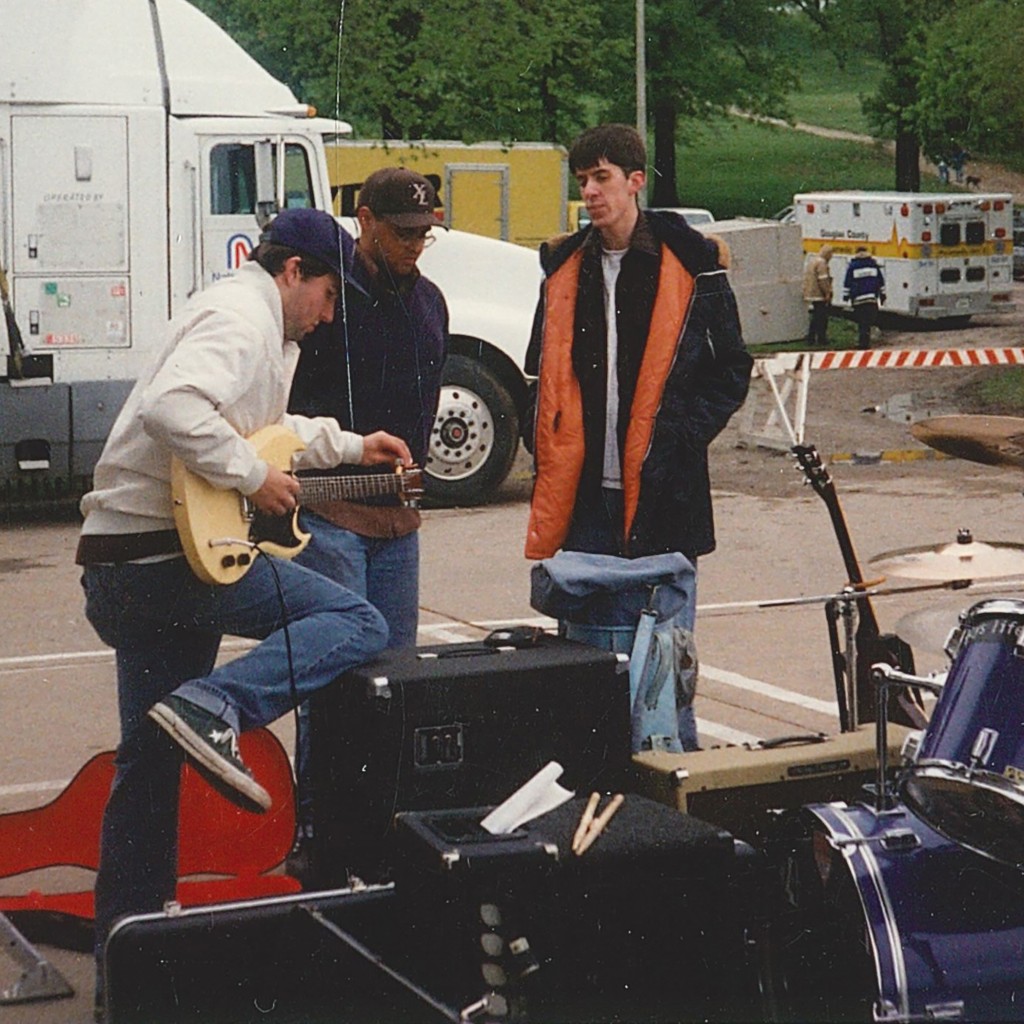 Even though Pound had seen interest in past projects—courtesy of a Bandcamp page where he’d shared releases from the post-Vitreous Humor project The Regrets—he wasn’t sure as to the level of support until he did Washed Up Emo.

“I was suddenly getting Facebook messages from random people who were like, ‘That was great!’” Pound recalls. “Maybe they’ve been waiting to hear about it. It was surprising but to me, the music part is the only thing I was interested in. I just wanted people to hear that stuff because I’d like to say it doesn’t quite fit in, you know? Vitreous Humor’s stuff—it’s a little bit out there. I wasn’t sure that the emo crowd would pick it up.”

Pound says that he worried Vitreous Humor wasn’t around long enough for people to have much of an idea of who they truly were. The podcast appearance became a burst of catharsis.

“I got to finally tell the story,” explains Pound  “It’s nice to be able to at least say, ‘This is how it seemed to me. The whole thing, you know? Not just our band but that entire time period and the people who were involved.”

That interview also ended up being the impetus for Ernest Jenning Record Co.’s Pete D’Angelo to put into reality something which had been a free-floating idea for years.

“This was a record that I just had always loved,” D’Angelo says of Posthumous. “I still have the CD copy of it that I got 23 years ago and so it was on that list that I have: a random note that has about 20 records on it that it’s like, ‘One day, wouldn’t it be great to press these things?’ Every once in a while, a weird lead comes up or something and you get a hint that something might be possible.”

D’Angelo describes the Vitreous Humor reissue as being a weird convergence of three or four different things happening at the same time that all pointed toward this being a possible release from the label. First, Nick Gordon, a good friend of D’Angelo’s and of the label, is from Kansas and grew up with the members of the band. 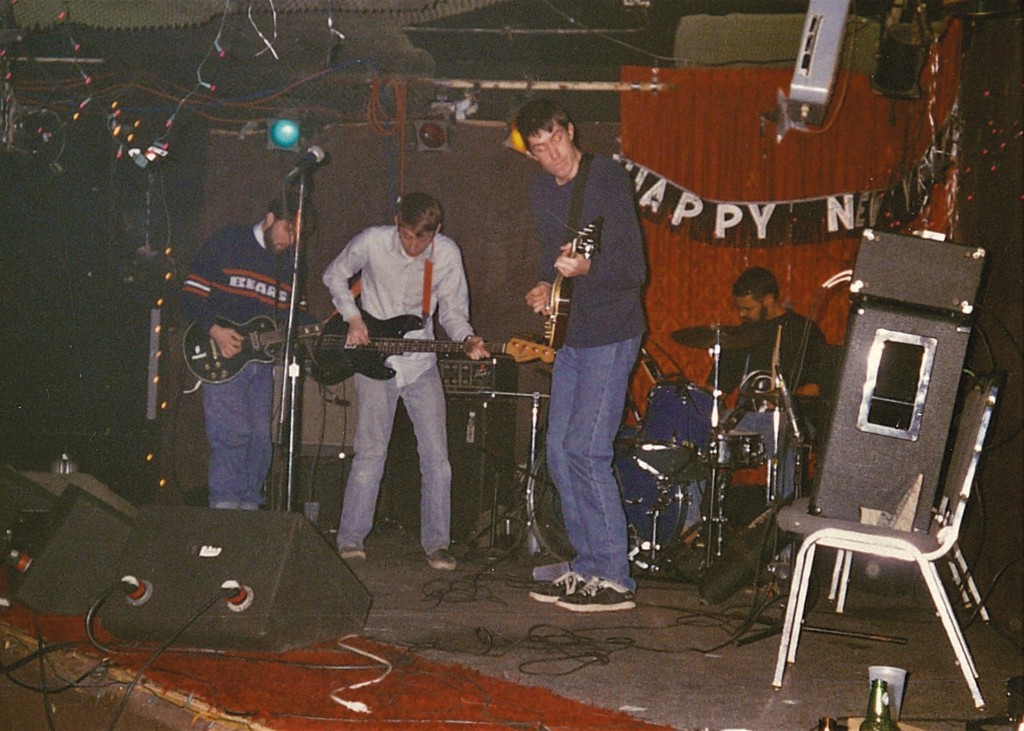 “I had floated the idea by Nick years ago: ‘One day, we’ll do that Vitreous Humor record,’” recalls D’Angelo. “He came back with, ‘You say the word and I’ll hit up Danny.’”

“Another buddy of mine named Anthony Roman–who was in Garden Variety and Radio 4–put something on Twitter about Vitreous Humor,” continues D’Angelo. “We were chatting back and forth: “Did you hear that interview Danny did the other day? You know, they’re looking for somebody.” It kind of got all the wheels turning. I was like, ‘Oh, the band wants to do this right now. There are people talking about it,” and so I just sent a message to Nick that was like, “I think now’s the time—put us in touch,’ and—I’m not exaggerating—within about three hours it had been decided. We were chatting with the band and figuring out that this was happening.”

Since then, things have moved rather quickly. The band reconnected via Zoom, as you do during a pandemic. Producer Bob Weston was recruited to remaster Posthumous’ tracks. The pre-order was announced in early March, and the first pressing sold out in its first 48 hours. Another pressing fresh on its heels. And a third already in the works, thanks to orders from as far away as Japan and Germany. [With, obviously, plenty of local interest as well.] 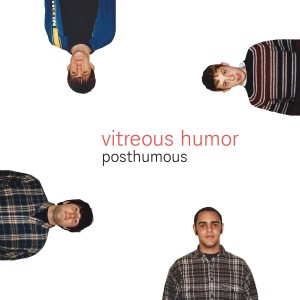 Despite the fast-track from concept to reality, the members of Vitreous Humor are excited and thrilled that the return of Posthumous is being greeted so warmly.

“It’s been a highlight of this pandemic, just getting to play around with this stuff,” Allen says. “To have Bob Weston remaster it and get reconnected with Bob—it’s been neat getting on Zoom calls. I haven’t seen Brooks in a long time. It just provided a little bit of a respite from this insanity. I don’t think it was necessarily based on COVID-19, so much as the random serendipity of friends and old fans.”

“It’s gratifying,” concludes Pound. “There are a few record nerds out there who know this weird little band that was only in existence for a few years. So yeah, it’s great.”