Pork OK, alfalfa sprouts are not 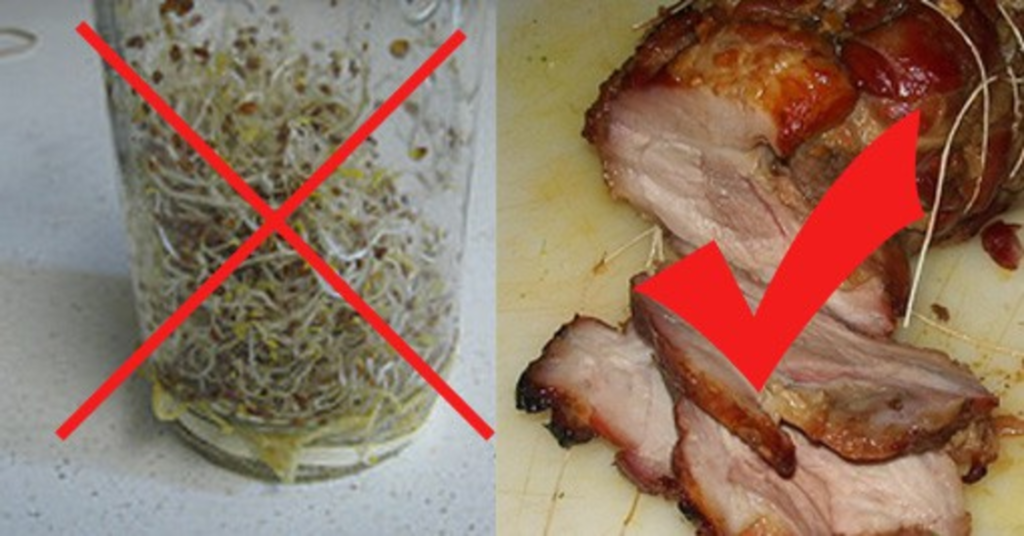 What a crazy weekend. We’re in the middle of the swine-flu “Panico 09!” My grandmother called me last night to ask what I knew, and then said that she and my grandfather don’t plan to leave their home “until we know how bad this is.”

Russia has stopped all meat imports from Mexico and several U.S. states including Kansas. The National Pork Board released a statement yesterday wishing “to reassure the public that pork is safe and will continue to be safe to consume.” Considering The National Pork Board is a lobbying firm for pork farms, I don’t put too much weight into that statement.

But I do trust the U.S. Centers for Disease Control, which issued a more strongly worded statement: “Swine influenza viruses are not spread by food. You cannot get swine

and cooked pork products is safe.”

In the U.S., 11 more people have been sickened by the

sprouts’ salmonella than the swine flu. Pick what you stay indoors for