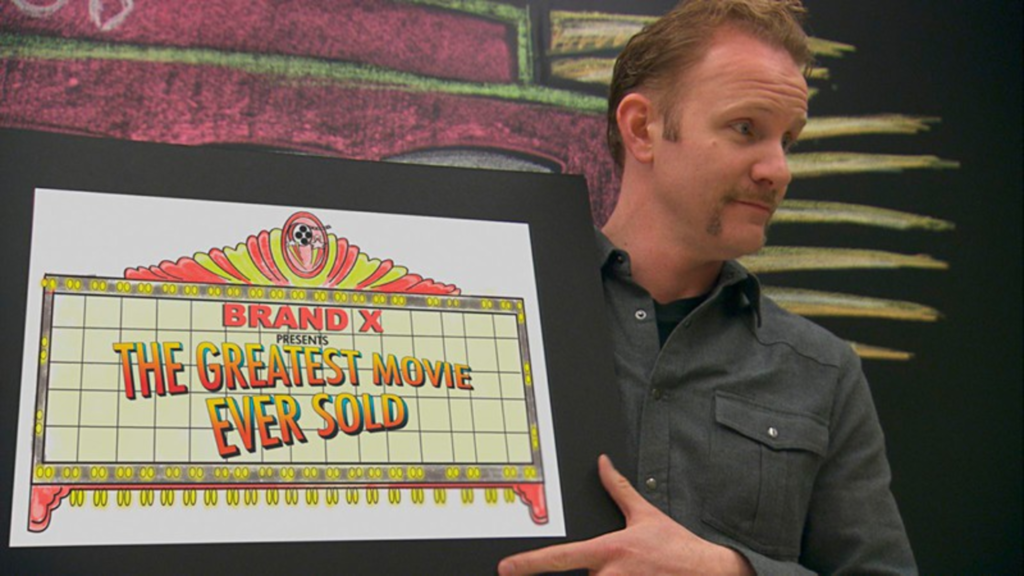 Having tackled obesity and Islamophobia in his first two films, Morgan Spurlock now takes aim at product placement and branding. According to Spurlock, Pom Wonderful paid a million dollars for the privilege of in-movie advertising, but it came with a host of demands, including final cut. You could accuse Spurlock of hypocrisy, but his featherweight film isn’t worth it.

At first, the device of placing a can of Pom juice in every shot is amusing, but it quickly grows tiresome. Spurlock interviews Quentin Tarantino, Ralph Nader and Outkast rapper Big Boi. Nader stands out because Spurlock seems genuinely interested in what he has to say, but elsewhere, the film succumbs to a sound-bite sensibility, allowing subjects time to make one point or tell one anecdote.

Spurlock worries how people’s perceptions of him will be changed by his partnership with Pom and other brands. Here, the worst aspects of auteurism combine with the dictates of branding. Spurlock lacks Michael Moore’s demagogic impulses, but he’s no less concerned with building a cult of personality around himself.