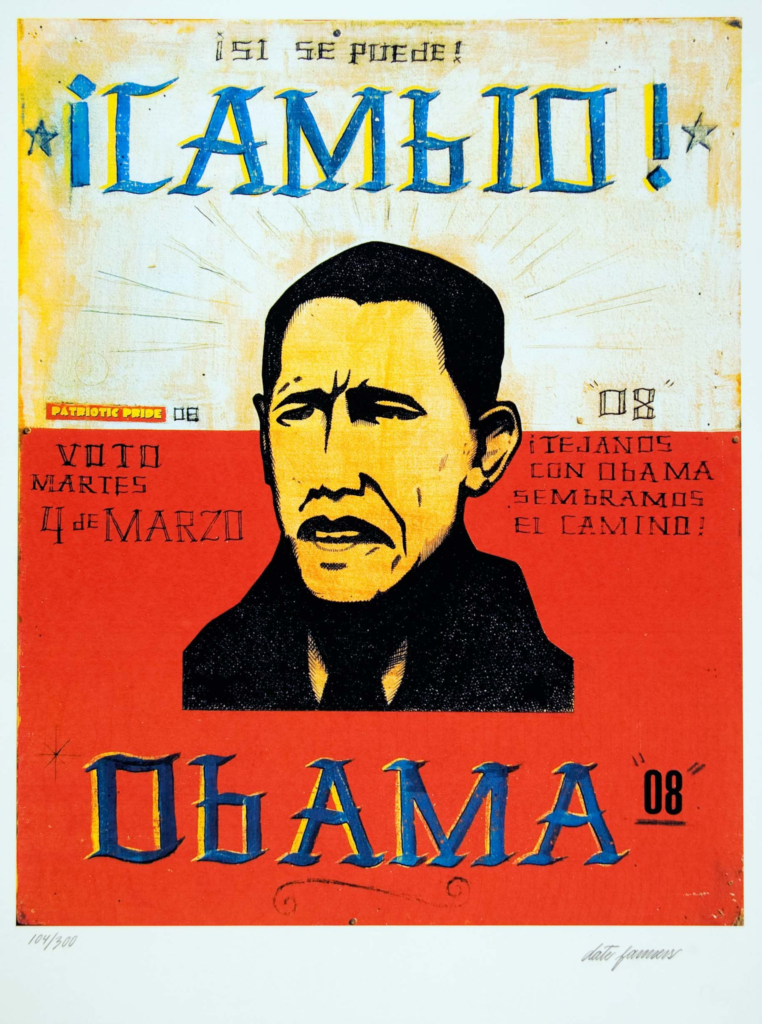 Democratic presidential candidate Barack Obama has inspired legions of young supporters, instigated stadiumwide chants of “Yes, we can,” and, perhaps most curiously, become a favorite source for artistic inspiration. You’ve seen the images everywhere: home-printed T-shirts, friends’ Facebook profiles, and long fences surrounding urban construction zones. Obama stares out at you, bracketed by such messages as “Hope” and “Progress” — a fusion of viral artistic uprising and mainstream presidential politicking. Starting today, see a diverse array of such posters at Political Persuasion: Street Posters for Barack Obama, an exhibit at the H&R Block Artspace at the Kansas City Art Institute (16 East 43rd Street). The display, featuring posters from the private collection of KCAI professor Hal Wert, aims to showcase just how forcefully the Obama phenomenon has affected artists of all stripes. The posters will hang well beyond the election — through December 13. For more information, call 816-802-3458.