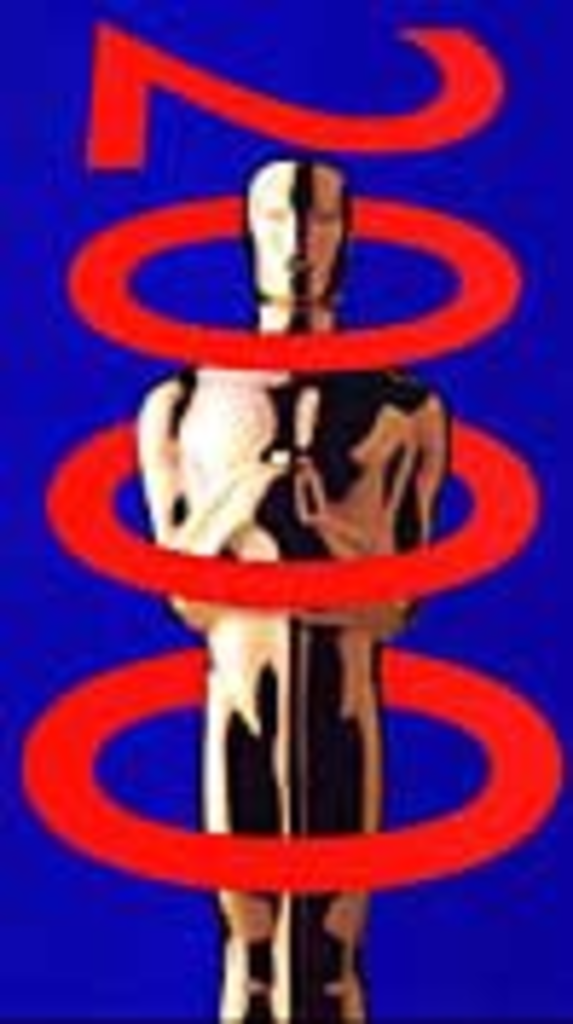 When Ain’t It Cool News guru Harry Knowles claimed he’d published an advance list of Oscar nominees on his movie Web site, the Academy and the media became entangled in a net of paranoia over whether a leak had sprung. Never mind that Knowles got the info wrong (he miserably underestimated the seven nominations for The Cider House Rules), he did provide a valuable service by confirming what everybody else already presumed: The Oscars are inherently unpredictable. This uncertainty heightens the fascination of the event each year; speculations sometimes are more intriguing than the actual presentation of the awards.

The most enticing award shows lack a true front-runner, and the 72nd Annual Academy Awards on March 26 will be one of those. (Last year there was an “unstoppable front-runner,” Saving Private Ryan, and it couldn’t even muster enough votes to win Best Picture, leading to one of the most unpredictable finishes in the show’s history.) Early hype was that American Beauty held the lock on the major awards in 2000, but now that distinction is in question. Likewise for the majority of the acting awards, which prove to be more frustrating to predict than any presidential primary.

Like Gwyneth Paltrow and Cate Blanchett, who last year vied for the Best Actress tiara by portraying Elizabethan aristocrats, this year’s favorites are two nominees in similar roles: women from white-trash backgrounds who are on the run. Janet McTeer plays a Southern single mom who emotionally carpetbags from one loser relationship to the next. She is wholly deserving of the nomination because she gives her character an almost documentary-like authenticity, because Tumbleweeds is a film that is all but unknown to the general public (it opened in KC only last week), and because McTeer is actually British.

Also running from the law, and her own sexual identity, is Hilary Swank in Boys Don’t Cry, one of the sincerely powerful performances of the ’90s. Swank, previously best known as the star of The Karate Kid IV and as Mrs. Chad Lowe, delivers a haunting, devastating encapsulation of Brandon Teena/Teena Brandon, a Nebraska woman who was murdered for impersonating a man. The other nominees — Julianne Moore, Meryl Streep, and Annette Bening — are perfunctory choices who would be unlikely winners in any year, and compared with the unforgettable Swank, they are a fleeting memory. Occasionally, it’s wise to ignore politics and sentimentality and to simply back the best performance.

The category that always seems to thwart a clean sweep in everyone’s “illegal” Oscar office pools is Supporting Actress. Marisa Tomei, Anna Paquin, and Juliette Binoche all have been recent left-field winners, and this year will prove no exception. Vegas odds say that Samantha Morton, who plays a mute in Sweet and Lowdown, has a slight lead over the other young competitors. Of the past five actors nominated for playing a mute role, four have won (Jane Wyman in Johnny Belinda, Sir John Mills in Ryan’s Daughter, Marlee Matlin in Children of a Lesser God, and Holly Hunter in The Piano). History proves that Hollywood loves a story about someone who won’t talk back, but that’s no guarantee for newcomer Morton, who stars in the little-seen art flick.

Supporting Actress is the only principal category made up entirely of first-time nominees (Toni Collette, Angelina Jolie, Catherine Keener, Chloë Sevigny), which eliminates any chance of a sentimental winner. Considering that fact, maybe the strategy for predicting this Bizarro-world category is to go with the least-sentimental character portrayed. This positions the race between Jolie (Girl, Interrupted) and Keener (Being John Malkovich) — both terrific actresses, both playing bitchy, mean-spirited roles. But Keener is in the superior film, and this category may provide the only way to award what is considered the year’s most offbeat project.

Most see Best Actor as a two-horse race between Kevin Spacey in American Beauty and Denzel Washington in The Hurricane. But the factual inaccuracies that recently surfaced regarding Washington’s tale of a wrongfully imprisoned boxer have knocked the film out of contention, and with it went any edge its actor held. (Remember how the same thing happened three years ago with The People vs. Larry Flynt?) The race is still between two actors, but now it’s Spacey and Richard Farnsworth for The Straight Story.

It’s well-documented that the average age of an Academy voter is over 50 — which explains why nostalgic, safe material, such as The Cider House Rules, secured a nomination. The fact that Farnsworth (age 79) is the oldest actor ever nominated plays right to this patriarchal favoritism. And considering the cross-country lawn mower epic is directed by David Lynch, the nomination grants the film credibility for younger voters who can justify it as a hip pick. But Farnsworth must battle Spacey, a formidable actor who outfits his everyman role with the right amount of sarcasm, humor, and pathos. When I saw American Beauty in September, I predicted that Spacey would win the Oscar, and that shall hold true next Sunday.

Every year, the Supporting Actor category is loaded with talent. It’s difficult to fault the five excellent selections made in this year’s division, so here is a shorthand way of picking a winner:

Michael Clarke Duncan (The Green Mile) is too big.

Haley Joel Osment (The Sixth Sense) is too small.

Jude Law (The Talented Mr. Ripley) plays a character who dies before the film is half over.

Michael Caine (The Cider House Rules) hopelessly struggles with an American accent. (He should have consulted McTeer.)

Major stars who put their ego in check to undertake a supporting role are usually rewarded (think Robin Williams for Good Will Hunting and Jack Nicholson for Terms of Endearment). Tom Cruise’s mesmerizing turn in Magnolia, as a self-assured guru who uses sexist infomercials to hawk a male-empowering program, is the best part of an occasionally brilliant movie. It is also the most unorthodox role the star can claim in his nearly 20-year career. Cruise careens from confident to crushed, from inspirational to indignant, making the audience at once hate him and empathize with him.

During an interview a few weeks ago with Reindeer Games director John Frankenheimer, the veteran filmmaker told me that he was convinced rookie Sam Mendes would win for Best Director. A member of the Academy’s Board of Governors, Frankenheimer laughed at the frequent criticism that the Oscars are political, citing this category, which features four first-timers. I’m not going to argue.

As it stands now, most handicappers believe American Beauty to be the picture to beat. But a curious thing happened this January at the Kansas City Film Critics Circle awards. Voting a month before the Oscar nominees were announced, the 21 critics were nearly deadlocked between two pictures: American Beauty (the eventual winner) and The Sixth Sense. Now if a group of critics can champion a populist picture about seeing dead people, then imagine what the much-less discriminating mixture of actors, costumers, and key grips who comprise the Academy might do. Here is the prediction: In the unlikely event that American Beauty loses, it will be to The Sixth Sense. Then one could actually get to see some real dead people, because the filmmakers responsible for American Beauty might keel over right there.