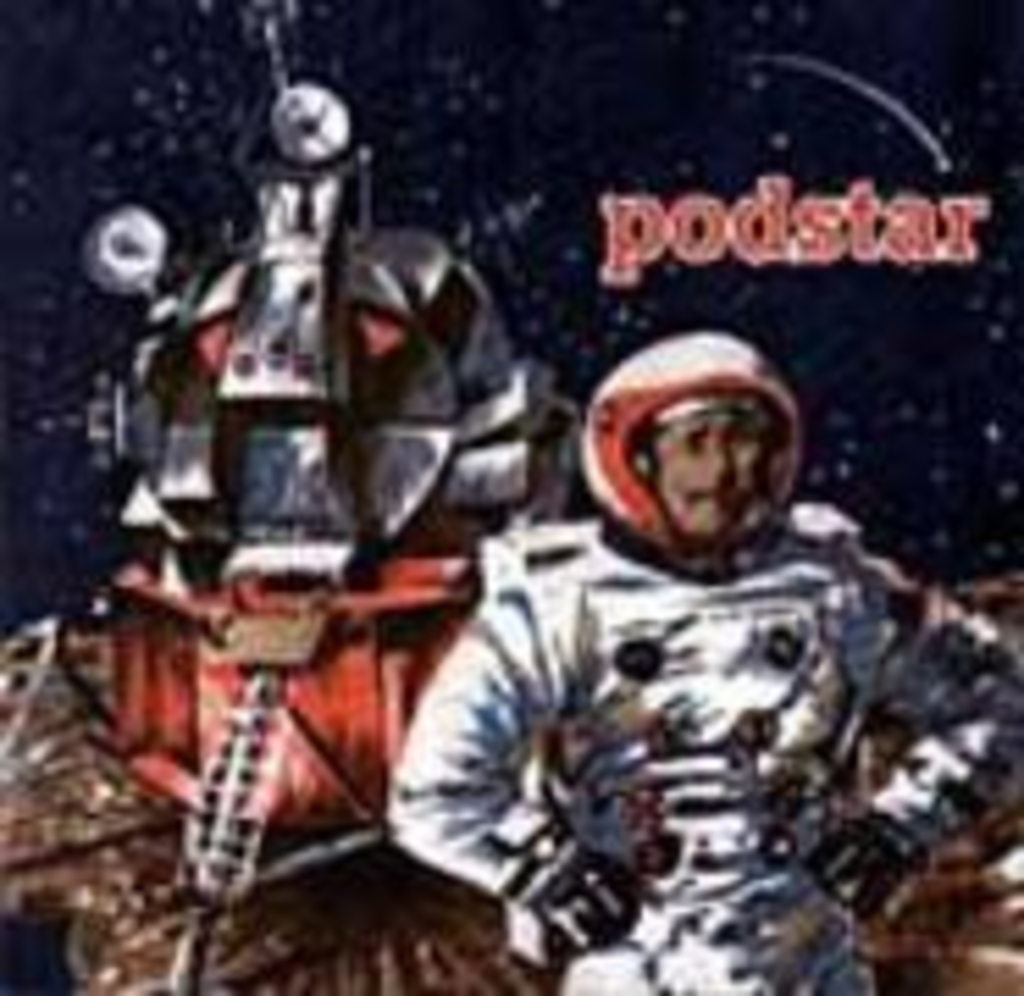 Certain things can be expected from Noisome Records releases: prominent guitars, a devotion to the pop sound those guitars allow in around three minutes, and a commitment to sacrificing cool for the sake of creating sweet songs. Podstar doesn’t break this mold, but unlike other Noisome acts (The Creature Comforts, Ultimate Fakebook) that have developed their sounds through years of experimenting with every rock style under the sun, Podstar caught on to the secret of the label’s success early.

For now at least, the Kansas foursome is still in high school, and like most high-schoolers must deal with earth-shattering crises every day. But despite the group’s collective age, Podstar doesn’t communicate life’s little complications through normal adolescent avenues, and this indie boy-band still has a fine way of letting you know, “I want it that way.”

The album’s guitar-driven melodic bursts and tortured lyrics all point to fellas who’ve had their share of run-ins with the fairer sex and have sometimes come away scarred. I’ll rip my heart off of my sleeve, and give it to someone else, threatens Cameron Hawk, the sensitive one, in “Don’t Know How to Do It.” But he actually sounds like he means it later, when he tries to convince himself by repeating that time-honored teen mantra, I’m not slowing down for you. All this makes listening to this debut sort of like the frustrating sensation you get when you find yourself believing those little country Lolitas singing about heartache before they have acne. But Podstar is more like Britney because age really doesn’t matter anymore.

That’s not to say this band is all sap — the group’s youth alone ensures it will possess the requisite rock swagger. Sometimes the record even sounds like Manhattan, Kan., just happened to get visited by the same muse that hovered over the Minneapolis area in the early- to mid-’80s, and she threw in some angst too. But this Sugar-like spite is reserved for teen anthems, such as “It’s Not the Radio,” in which Hawk reminds his friends (and maybe his label owner) Rockin’ on your stage or on your floor/It’s not the fuck-king radio no more!

Come to think of it, this band takes as much away from the land o’ lakes as it does from the Noisome Records mission statement, including an affinity for singing ballads outside its range. But if you overlook that one song (just skip the last track) and remember that all members are young enough to have been fathered by Paul Westerberg (Crosby was incarcerated then), this group could possess some legs long after its peers have gotten that B.A. That’s no b.s.