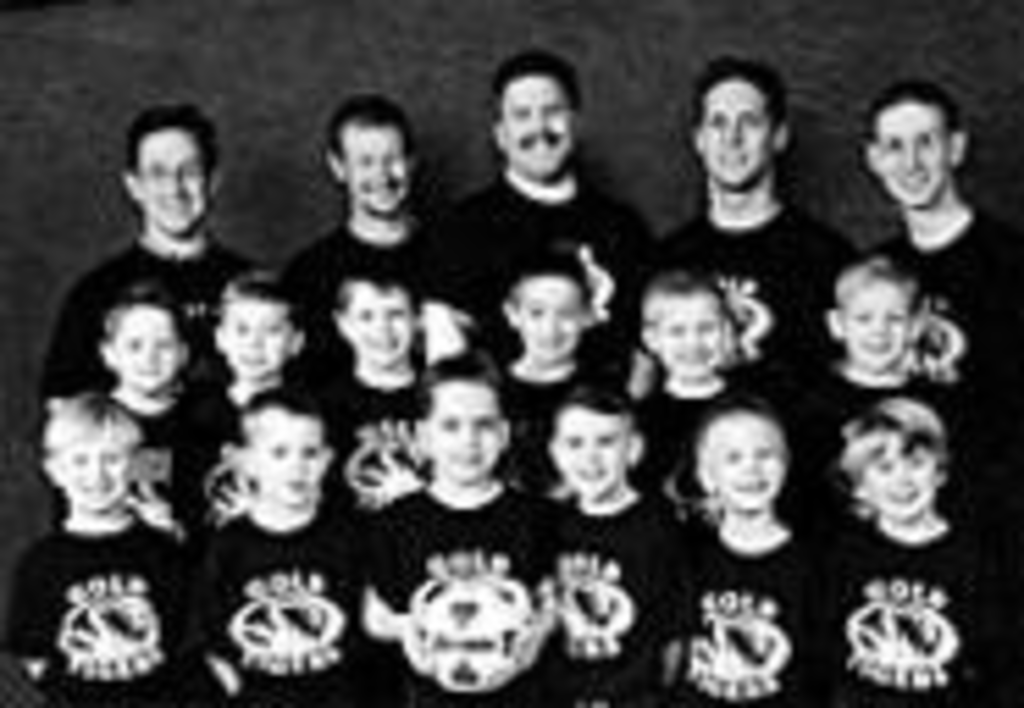 The scene was always the same on those crisp Saturday mornings in the spring of 2001.

The soccer field behind Lee’s Summit’s Bernard C. Campbell Middle School pulsed with commotion: Rows of parents in sweats and jeans jawed at each other from lawn chairs on the sidelines while their children sprawled across blankets behind them. Some held leashes for dogs that stumbled over coolers filled with juice boxes as they strained to reach the young boys chasing the ball across the field.

For Matt Bartle, a Missouri State Senate hopeful pushing a family-values platform, it was the perfect place to stump.

He helped coach his 7-year-old son Mack’s team — the Picture Purrfect Tigers — a dozen boys clad in knee socks and orange jerseys. By 2001, the team roster had generally stayed the same through both the indoor and outdoor seasons for nearly three years. After each game, parents completed a list of feel-good statistics for each boy — who had dribbled, passed, shot-blocked, assisted and scored. On cold weekdays, mothers with babies had watched the practices together in heated minivans. A team photo from 2000 (they were the Golden Tigers then) shows Bartle and four other men standing behind their boys.

“He seemed really down-to-earth,” says Kathy Gerst, whose son Greg played defense. The Gersts had met Bartle in the fall of 1999. As an assistant coach, he had schooled Greg during practices while Gerst and her husband, Ted, attended foster-care classes to become state-sanctioned caregivers for other children.

“He talked to us several times about the kids and what a great thing we were doing and how he couldn’t imagine doing it,” Gerst recalls.

Bartle hosted the Tigers’ 2000 end-of-the-season soccer party at his home in Lee’s Summit, she says. The next season, in March 2001, he met the Gersts’ first soon-to-be-adopted child, a newborn named Brittany. Gerst remembers sitting on the sidelines with Bartle’s wife, Annette, and her toddler, Betsy, who ogled Gerst’s baby like a porcelain doll. Brittany was the first of the Gersts’ six adopted children, whose ages now range from 4 to 10.

Before the 2002 election, Gerst says, Bartle asked for sideline support. Though she usually voted a mixed ticket, Gerst (who lived just outside Bartle’s district) started working phone trees and passing out pamphlets alongside other parents. “Basically he asked a lot of us on the soccer team to help support him any way we could,” she says. “A lot of the parents lived in his district. I would basically pass the word — ‘Hey, this is a good upstanding guy. He’ll do right by us.'”

But this past March, Bartle co-sponsored Missouri Governor Matt Blunt’s Medicaid bill, which makes significant cuts to the state budget’s largest single line item, tightening eligibility requirements and eliminating 89,000 Missourians from the state’s welfare roles. (It jettisons reimbursements for podiatry, dental work and some home care for the disabled and installs a premium for children receiving discounted health care through another state program, pricing out an estimated 23,000 kids.) The bill also contains an adoption-subsidies clause stipulating that families must earn less than 200 percent of the poverty level to continue receiving state aid for their “special needs” children. Some special-needs kids are victims of sexual or physical abuse; others are deemed hard to place because of their race or ethnic heritage. Most such children come with extra costs associated with special education, care for chronic medical conditions or long-term counseling. In May 2003, the North American Council on Adoptable Children ranked Missouri as the second-lowest adoption-subsidy provider in the nation. (State subsidies in 2003 generally ranged from $200 to $300 per child per month. )

Gerst runs experiments at Quintiles; her husband works construction. Last year, they made just over the double-the-poverty-line threshold, earning $71,300 for a family of nine, which would make them ineligible for state relief next year. Under Blunt’s Medicaid bill, they stood to lose more than $1,800 a month in child support. Because the bill’s language is unclear, she also fears losing additional funds to help pay for their at-home child-care provider, Medicaid coverage for prescription co-pays, and mental-health therapy for their kids. (Because of prior abuses, five of the Gerst kids see a therapist weekly, and three of those also visit a psychiatrist every six weeks, for a total mental-health bill of around $18,000 a year, Gerst estimates.)

An estimated 4,621 families were in a similar situation, according to the child-welfare watchdog group Citizens for Missouri’s Children.

The cuts threatened to cripple child-placement efforts within the Missouri Department of Social Services, which has been struggling for years to find homes for its charges. In February, 1,925 children were awaiting adoption. Though a few hundred children find new homes each year, a few hundred more enter the system. In Jackson County in February, 24 kids in foster care found permanent homes; 22 more entered or were returned to state custody.

On March 7, Gerst took her family on a field trip, parading the kids through the state Capitol and into Bartle’s office. She has teamed with the Midwest Foster Care Adoption Association, a Kansas City-based nonprofit support group that represents more than 10,000 families statewide.

In a telephone conversation a week later, she says, Bartle told her, “I’m sure God will find a way to provide for those kids.”

Now, she says, the soccer dad is more aloof. “I don’t feel like I’m getting anywhere talking to him. I don’t feel he understands the points we’re trying to make. I don’t know if he doesn’t care or if he is too in tune with party line to break away.”

Bartle told the Pitch last week that he didn’t remember a God-will-take-care-of-your-kids conversation with Gerst. “But we’ve had multiple conversations, and I know she’s red-hot angry at me because she thought I was going to solve her problem,” Bartle said. “She’s not even my constituent, but because I knew their family … ” he said, trailing off. Bartle’s logic regarding the adoption subsidies was utilitarian: He wouldn’t sacrifice the stability of a statewide proposal by deleting certain portions of it for an individual.

Bartle said he’d like to see the Missouri House of Representatives consider a proposal to raise the poverty-level umbrella to cover more families. In early April, Bartle’s counterpart in the House, Lee’s Summit Rep. Bryan Yates, filed a bill to boost the threshold to 300 percent of the poverty level. That effort did little — except, perhaps, for Yates’ reputation among Republican foster parents.

But they couldn’t stop the Missouri General Assembly from passing Blunt’s Medicaid bill last week. (Bartle and Yates both voted in favor of the proposition.) Blunt is expected to sign it.

Kathy Gerst and other Republicans say they feel duped by Blunt’s and Bartle’s family-values rhetoric.

“I’ve even thrown out most of my red clothes,” Gerst says. “When Sen. Bartle is up for re-election in 2006, I will be working much harder than I did four years ago — but in the opposite direction.” She says she wants to run an anti-Bartle campaign.

But that won’t be easy for Republican loyalists.

Steve Mooers, a delivery driver in Blue Springs, and his wife, Chrystal, who runs a small catering business, are in the process of trying to adopt the three foster children they took on in August 2004. Staunchly anti-abortion and anti-gay marriage, they punched for Bartle and Blunt in past elections. But they are angry that they won’t receive the state assistance they’d factored into their long-range child-care planning. “I wouldn’t vote Democrat. I just would want to try to find an alternative Republican,” Steve Mooers tells the Pitch.

Another Blue Springs couple, Michelle and Stephen Ehrnman, have adopted six foster children since 1997. (They also have two biological children.) She works part time in a school cafeteria in Blue Springs, and he works as a technical analyst for Sprint. In the past, Michelle Ehrnman says, the family used the MFCAA food pantry and accepted donated clothing to stay solvent.

“We’re a Christian family, and at this point right now … I feel kind of betrayed,” she says. “I’m a bit embarrassed to admit I voted for them [Blunt and Bartle] now, which is sad. There’s a definite chance that, at least in those two slots, we would go Democrat if it meant getting them out of office.”

The dilemma is more difficult for Dawn McCarty, another conservative who says she feels left behind by both Matts. A single woman who works as a certified nursing assistant, she has provided for six foster kids since 1997 but says she won’t try to adopt them because her income vacillates enough to threaten her state subsidy. McCarty, who voted for Bartle, says she “wouldn’t switch to Democrat ever.”