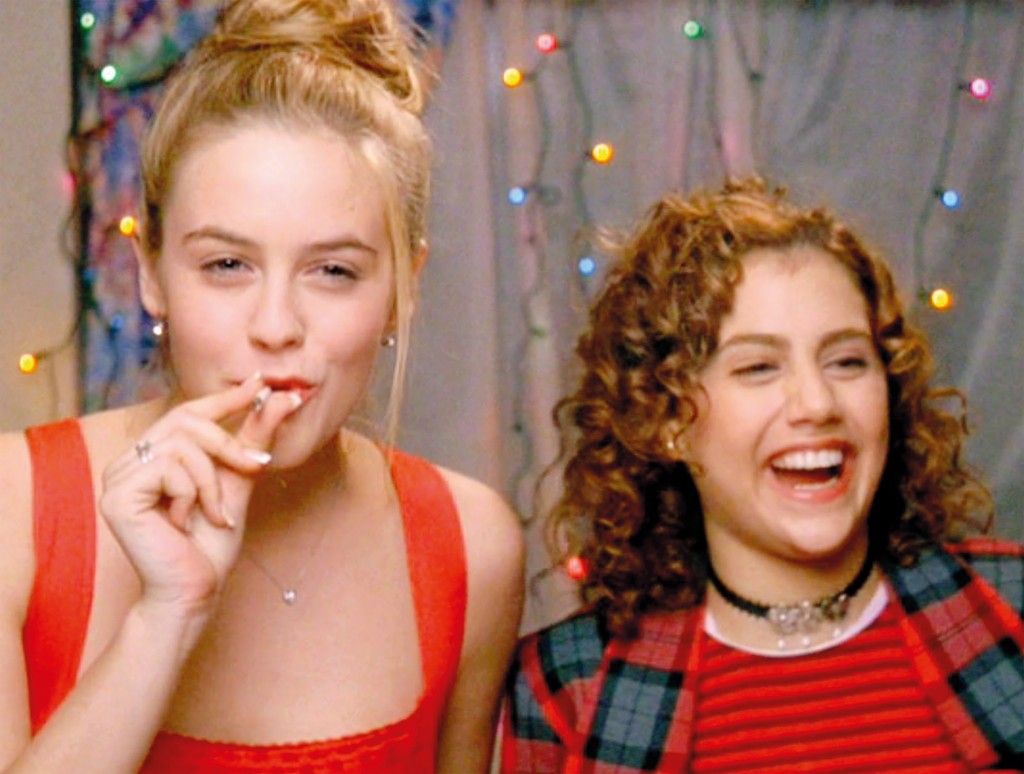 When it comes to great movies to watch while enjoying marijuana, there are a few different routes you could take. For Screenland Theatres’ Adam Roberts, the experience has taken a few different forms over time. His most recent bake-and-watch cinema preference, however, might seem unexpected.

“I’ve discovered Pixar films work quite well under any influence,” Roberts says. “At the end of every Pixar movie, you’re gonna be in tears, so it’s like a light, soft hug of a film, and being a little high for that is nice.”

Missouri voted to legalize medical marijuana in 2018, and there are ongoing discussions about moving to legalize it recreationally. Dispensaries and companies producing edibles started opening in the metro area late last year. With a growing number of people having access to medical marijuana locally, in a growing number of forms, an important question arises: if you want to get high and watch a movie, what movie should you watch? 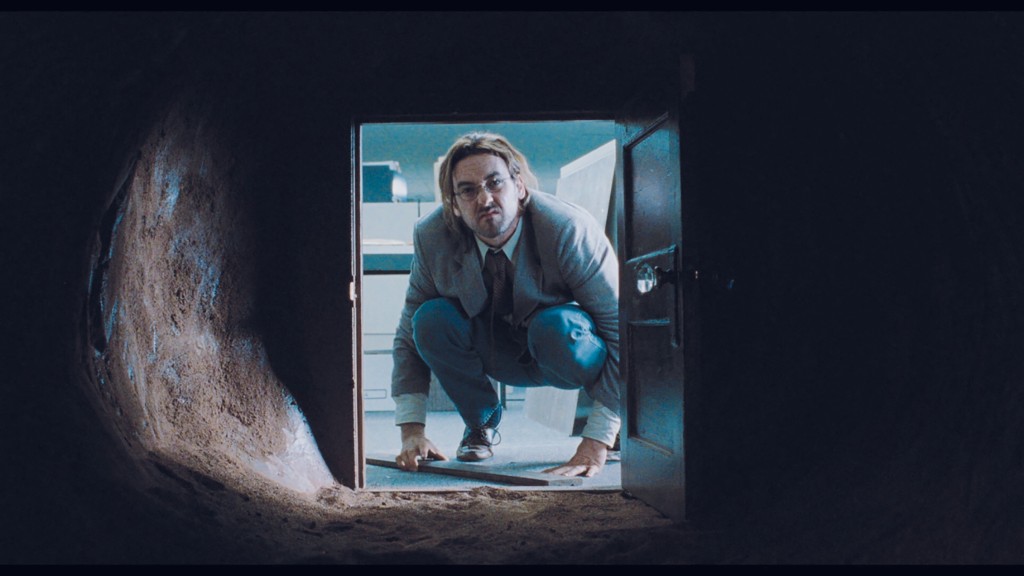 In talking both with movie fans and cannabis industry professionals, a shared opinion is that the best approach is to pick something fun and easy to follow.

“If I’m looking for a good movie to watch high, the number one thing is, is this movie too plotty? If so, I’m not gonna enjoy it,” Willy Evans, co-founder of the Kansas City Underground Film Festival, says. “A mood experience is good, or something really funny, or something you can enjoy without paying attention to the story.”

“Those movies that are already built to be puzzles, or over two hours, I’m gonna be out on,” Roberts says. “You also always run the risk of falling asleep when you’re high, especially if you’re comfortable and well-fed, so you’re not looking to watch overly complex epics, at least not for the first time.”

Tyler Mitchem works with cannabis-infused beverages at Clovr, Kansas City’s first producer of marijuana edibles. Mitchem says he agrees that simple is the way to go, but it’s also a good idea to take advantage of marijuana’s enhancing abilities.

“It can heighten certain senses for certain individuals,” Mitchem says. “For me it’s sight perception, so maybe colors are a little more vivid, or action scenes are more explosive, and it can heighten your sensitivity to something like surround sound. If I were to sit down and watch a movie, I’d be using it before and during, and I’d want to enjoy the heightened form of it. It can only make a movie better.” 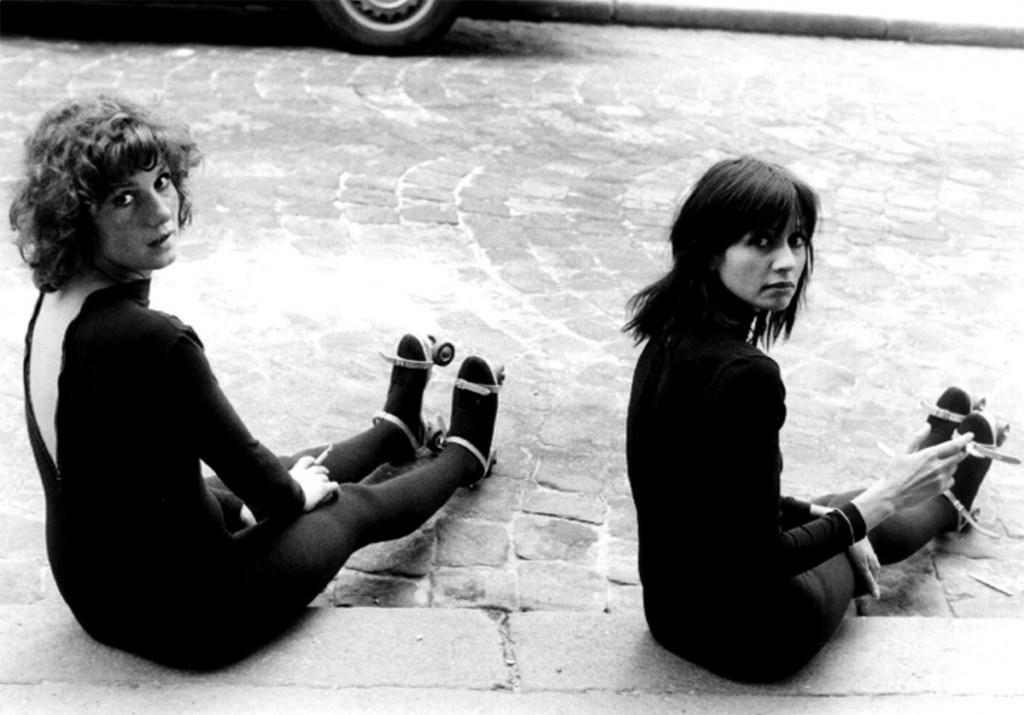 With the ability of marijuana to enhance audiovisual experiences, Mitchem’s recommendation for movies to watch while high makes a lot of sense. “I’m a big Marvel guy, there’s so much action going on in those movies, and those are great,” Mitchem says. “They’re a little long, but they’re great movies. The color is enhanced and the action is enhanced.”

Along those lines, while arthouse cinema might at first seem too ambitious to enjoy under the influence, Stray Cat Cinema’s Andrew Linn says the right pick can create a memorable trip.

“Movies like Waking Life and Dead Man aren’t heady in overly technical ways, but in a philosophical way,” Linn says. “If you’re high, you’re in a state of mind where you’re open to that.”

The 1998 Coen Brothers noir-tinged comedy The Big Lebowski is, of course, a stoner classic, but it’s not the only mystery-based option. Robert Altman’s The Long Goodbye, Paul Thomas Anderson’s Inherent Vice and David Robert Mitchell’s Under the Silver Lake all either feature prominent stoner characters or, according to fans, lend themselves well to watching high. That begs the question: what about marijuana and stoner culture works so well with this format?

Linn says the appeal likely goes back to the genre’s roots.

“There are two threads of detective plots, one of which comes from The Thin Man, where the characters are either drunk or hungover through most of the movies. They’re floating through things and reacting to the world around them,” Linn says. “A detective in a film noir often has things just kind of happen to them, and they’re coming to the story as an outsider. It’s something they don’t fully understand. The idea of trying to solve a mystery that you don’t have the ability or the comprehension to understand just feels like a direct line from that film noir detective trope.” 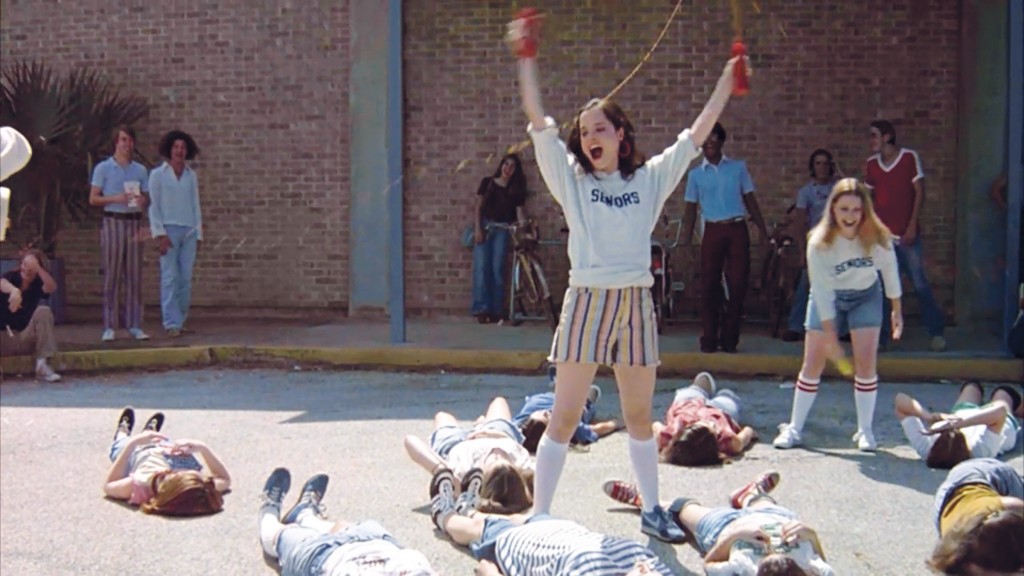 In addition to movies with stoner characters that work well as movies to watch while getting high, Hollywood has plenty of onscreen examples of marijuana use—and cannabis culture—that both accurately depict it or get it wildly wrong. Among fans and professionals alike, one movie stands out as a sterling example: Richard Linklater’s 1993 hangout film Dazed and Confused, about a group of Austin, Texas teenagers on the last day of school in 1976.

“I think Dazed and Confused is one of the better movies of making a stoner movie that resembles real life,” Mitchem says. “It’s more like what your average stoner crew would be like.”

Roberts says the movie feels like an accurate portrait of a life stage that’s partially defined by marijuana use.

“Dazed and Confused is the embodiment of being 18 years old and discovering alcohol and marijuana, and also who you are as a person,” Roberts says. “It’s a time and a place for most people, and it works really well because there are so many different characters, and they all kind of resonate under the feeling of not knowing what to do with their lives, but they all get along because they drink and smoke.”

Roberts says there are also plenty of one-off examples of scenes or characters in movies that get marijuana right.

“There’s one scene in Clueless where Cher (Alicia Silverstone’s character) smokes weed, and it’s like the first time we all smoked weed,” Roberts says. “We’re all very dainty, holding the joint for the first time, thinking ‘am I even doing this right?’ It’s very honest and real and funny.”

In terms of cannabis culture, Mitchem says he likes the 2019 Guy Ritchie film The Gentlemen, in which Matthew McConaughey’s character has a profitable weed empire.

“It took the industry very seriously on a large-scale grow basis,” Mitchem says. “It portrays my industry in a different light because it shows there are affluent people involved in it, that we’re not just a bunch of hood rats.” 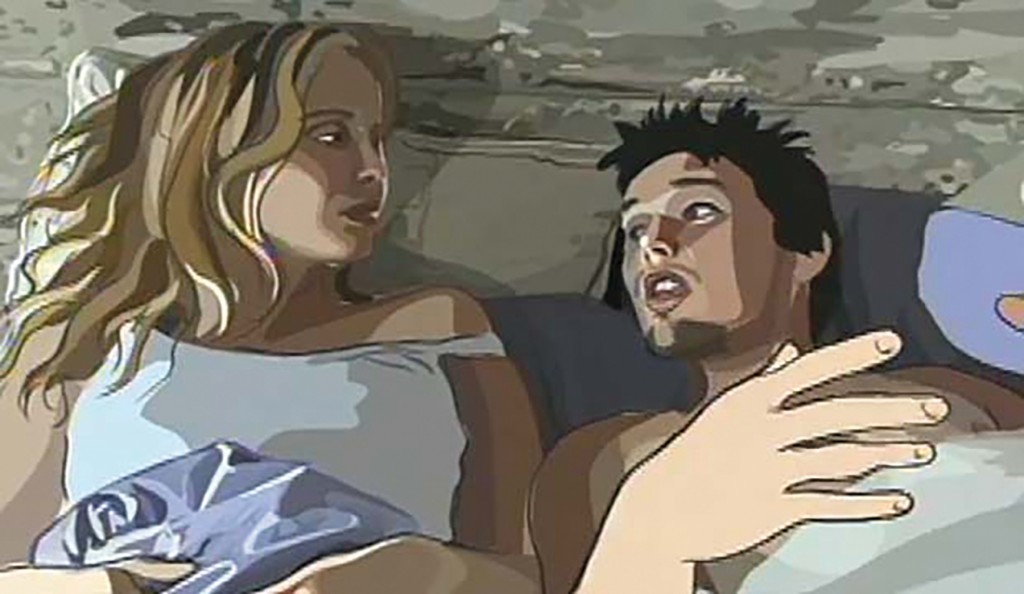 What to enjoy while you watch

Once you’ve decided on something to watch, the next step is finding the right product to enjoy alongside your chosen movie. Mitchem recommends staying away from options that you can consume quickly, since the goal is to enjoy a high and enjoy a movie together. “The same dose of the same edible affects everyone differently,” Mitchem says. “You might not want to eat an edible and watch a movie and then it’s done.”

Rather, Mitchem says, look for products you can enjoy over time.

“A beverage would be nice, something you can casually enjoy while watching a movie, like an infused mocktail,” Mitchem says. “A beverage or flower would be my two top choices.”

Most importantly, Mitchem notes, responsible consumption is key no matter what you’re watching or what you choose to consume alongside it.

“Never let anyone under 21 consume cannabis products,” Mitchem says. “It’s not a cure for any illnesses, just a treatment possibility for certain illnesses, under the correct circumstances, for adults only.”