Planned Parenthood to hold “pink-out” rally on the Plaza tonight 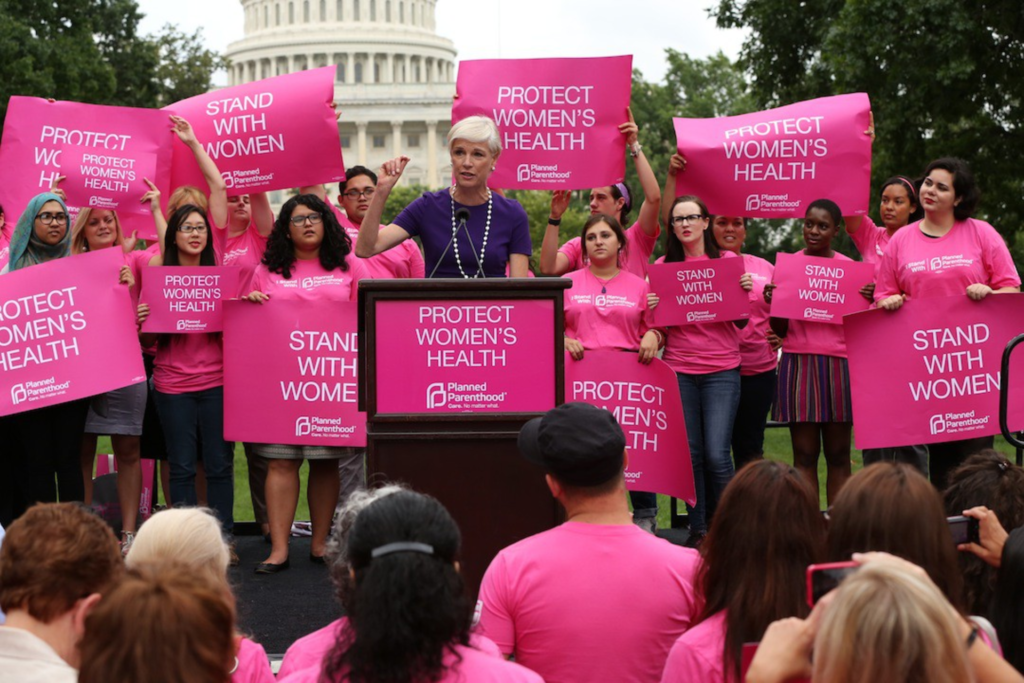 Yesterday, the office of Missouri Attorney General Chris Koster announced that its investigation into Planned Parenthood’s St. Louis facility — the only place in Missouri that performs surgical abortions — yielded zero evidence of wrongdoing.

Conservatives have stepped up their attack on Planned Parenthood in recent months, following the release of videos by the Center for Medical Progress, a propaganda arm of the anti-abortion movement. The videos show a few individuals speaking callously about harvesting and selling fetal tissue. They’re ugly videos to watch, but they’re heavily edited for maximum outrage, and, more to the point, do not show any illegal activity. Nevertheless, many states have launched investigations into Planned Parenthood, and Republicans in Congress are threatening to shut down the federal government unless the organization is defunded.

Closer to home, anti-abortion activists are using the drama to put the screws to places like the University of Missouri. Last week, after pressure from state senator Kurt Schaefer — who was relatively moderate and in favor of academic freedom until he wanted to be attorney general — the school announced it would revoke the privileges of a doctor who performs non-surgical abortions at the Planned Parenthood clinic in Columbia. The upshot is that women in Columbia will now have to drive to St. Louis or Kansas City in order to terminate a pregnancy.

In Kansas, of course, the situation is arguably worse.

Tonight (Tuesday), Planned Parenthood is holding a rally in Kansas City as part of a national “Pink Out Day,” with the goal of drawing attention to the vital role the organization plays in the community, on both sides of the state line.

“Kansans and Missourians have come together as a community to stand up for women and families who rely on Planned Parenthood for essential, preventive reproductive health care, such as birth control, cancer screenings, STD testing and treatment, and well-woman exams,” Laura McQuade, president and CEO of Kansas and Mid-Missouri, says in a press release. “Continued attacks on Planned Parenthood by Governor Brownback, the Missouri Legislature, and Washington politicians are part of a dangerous agenda to roll back access to reproductive health care and ban safe and legal abortion. Our supporters are lifting up their voices to let decision makers from Topeka to Jefferson City and Washington, D.C., know that they rely on and stand with Planned Parenthood.”

The event will be held at the J.C. Nichols Fountain on the Plaza from 5 to 6 p.m. Abbie Hodgson of Planned Parenthood, Missouri State Rep. Judy Morgan, and the Rev. Kyle Hern of St. John’s United Methodist Church will be on hand to speak. All are welcome; pink clothing encouraged.