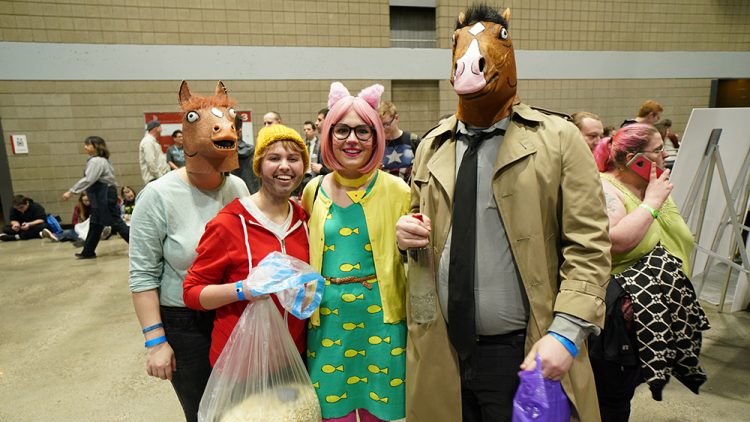 Attendees showing off their get-ups // Photo from The Pitch KC

After taking a gap year from the craziness of 2020, Planet Comicon Kansas City will return to Bartle Hall Convention Center in Downtown Kansas City on Aug. 20-22, 2021.

Founded in 1999 Planet Comicon Kansas City is the largest and longest-running comic book convention and pop culture event in the region. PCKC’s return marks 21 years of the event and a renewed opportunity to get engage with the comic community of Kansas City and across the region.

“Planet Comicon Kansas City has been providing quality entertainment to our fans for more than two decades. PCKC provides a venue for fans to meet their favorite creators and media celebrities, to shop for hard to find collectibles, to enjoy the amazing cosplay and props and displays, to game, to attend panels and presentations and nighttime activities, and so much more,” says founder and CEO of PCKC, Christopher Jackson.

This year’s event will include actors, writers, and celebrities from Stranger Things, WWE, Cobra Kai, Arrow, Star Trek: Next Generation, and others.

Past attending guests have included, Stan Lee, Henry Winkler, Felicia Day, Danny Trejo, and many, many others.

Planet Comicon Kansas City is locally owned and produced and not affiliated with any other event or organization. So you can take solace in knowing your geekiness is helping support local business.