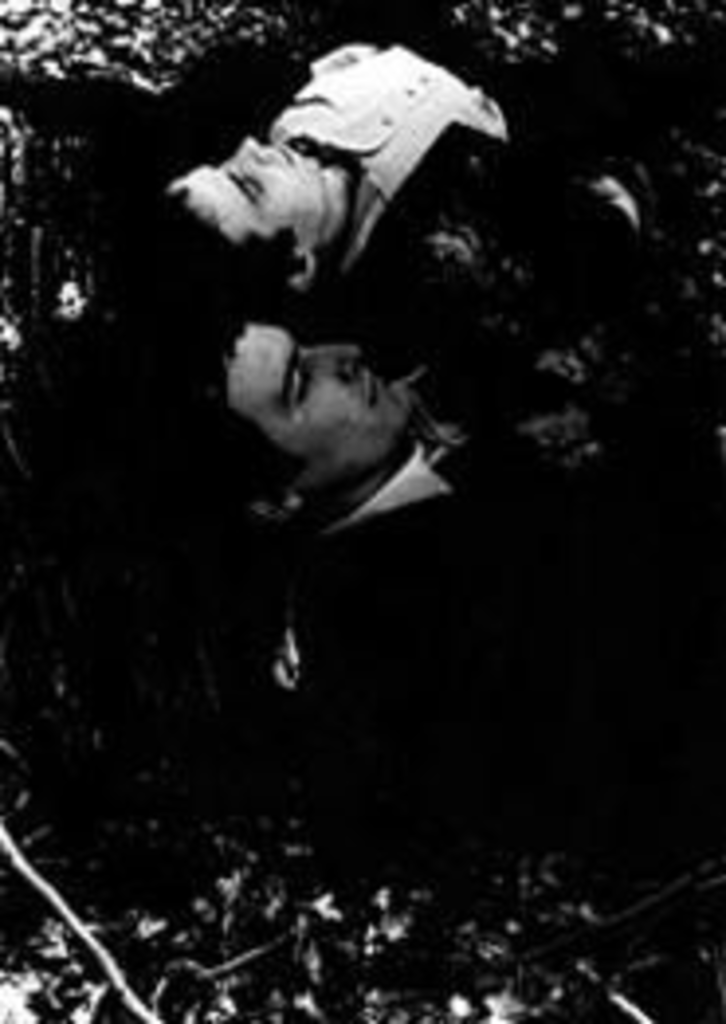 The downside of using the latest in high-tech to craft albums is the expectation that those skills will carry over to other areas of electronic endeavor. But fans checking out the official Plaid Web site (www.plaid.co.uk) will likely be disappointed; beyond a clever basic page that mimics a Mac desktop, with pull-down menus linked to basic content (and to a more informative offering from a fan), the site is merely adequate.

“We’re some of the best programmers in the world,” Andy Turner says dryly from Plaid’s North London studio, referring only to the pair’s expertise at the keyboard or in the mixing booth. He’s kidding, but after four albums, numerous collaborations (some under pseudonyms, though the remix they’re fiddling with for musician Matt Herbert today will be credited to Plaid) and EPs, Turner and partner Ed Handley have earned bragging rights as one of England’s most interesting post-techno acts. (How do you identify a post-techno group? The short definition might be that, like Air, they tour.) Their collages of twitchy beats and lost-in-space keyboards, though hardly organic, sound warm without succumbing to touchy-feely ickiness. (The pair have in the past expressed disdain for trance acid house music that substitutes chants of platitudes like “everything is beautiful” for lyrics.)

“We certainly know what we’re doing with sequencers,” Turner says. “We actually are quite geeky. We do read the manuals, and they come in handy when there’s something specific you’re trying to do. But the easiest way to understand the equipment is to use it.” Turner will gladly advise potential shoppers, noting whose machines come with the most concise instructions (German manufacturer Emetric) and whose frustrate him (Yamaha —”They must have a team of people working full-time to make things more difficult to use,” he says).

“We just treated ourselves to new Powerbooks, actually,” Turner says. “You can do everything with those that you could before with all that external hardware. You could argue about the quality of the finished recording, but it’s a load easier.”

Turner, 32, and Handley, 31, approach their albums with a relatively old-fashioned ear for melody, although songs such as “Porn Coconut Co,” from this year’s soothing Double Figure, derive their power from texture. Even so, Plaid still exists outside the trip-hop or jungle mainstream on its home turf. Having toured and recorded with Björk and expressed an ambition to work with Kate Bush, Plaid has hinted in interviews that its fascination with the female voice has cost it respect among hardcore clubbers and DJs. Double Figure doesn’t indulge that interest, but neither of those singers would sound out of place within its hypnotic compositions. (Nor would cameos from David Duchovny and Gillian Anderson; several songs employ keyboard sounds that eerily mimic the familiar X-Files theme.)

“This one was pretty much written over a year,” Turner explains. “We definitely know when we haven’t got enough [to fill a disc], and I think you always need more than what you’re going to put on so that you have choices. Ed and I have this sort of communal studio space we come into as often as we can, pretty much every day. A sort of shed or something. We just toy around with ideas all the time.

“We write to stimulate ourselves,” Turner continues. “We’re not the most avant-garde or most experimental people on our label [Warp]. Probably the emotional content is more important to us. We’ve got a fairly good understanding of what music is. To us, it can be almost any sound. We are leaning toward more found sounds, away from the Western music scales. Not that we’re extravagant, but just getting away from those scales kind of sets you in a new direction.”

The other new direction Plaid is heading will take the pair across the United States rather than to its coasts. On the eve of their first extensive U.S. tour, the members of the group are suffering flashbacks to their staid pre-Plaid jobs. “I was doing container control,” Turner says. “Tracking seven-digit container numbers. Ed was also doing a boring computer job.” (An explanation of a container number’s function would severely hinder your ability to remain alert the rest of the day.)

“We’re conscious of being dull to watch,” Turner confesses. “We just take a couple of trigger keyboards and MIDI controllers and a small sixteen-channel analog mixing desk with us, but that’s enough to keep us busy onstage. We’re not selling ourselves as performers, but there wouldn’t be a lot of point to doing it if we weren’t keeping an eye on the audience. We’re working with a guy who’s doing some visuals for us.”

Plaid’s simple concert aesthetic seems to placate English audiences, but Turner doesn’t know what to expect from American concertgoers. “There’s usually a couple layers of trainspotters,” he says, “people who have banged keys or picked up a guitar who want to see what we’re doing. The [computer] screen is facing us, though, so people can’t really see what’s happening.”

Boring or not, Turner vows to keep Plaid real. “You don’t see strobe lights at the symphony,” he says. “The thing that makes me totally sick is when electronic bands get a modicum of success and then get a guitar player and a drummer to tour with. We’re not going to do that. Musically, people should do what they want. The main issue is performance. And maybe all those truckloads of gear come in more handy if you’re creating a rock image. But a lot of rock music is digitally edited and engineered anyway.” So why shouldn’t digital middlemen like Plaid go to the front?