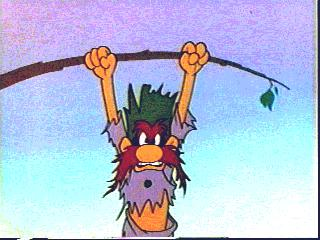 Turns out the beaten are rarely offered rank among their recent adversaries. And one doesn’t much like to be a joiner anyway.

So it goes for politics, for media — for you name it — within the poisonous contrails of this absurd, draining year that just jetted by. Our country and our sanity are being undone by a cartoon character, but not one whose anarchy is joyous or funny. The Trump trickle-down has been so swift and so enveloping that matters of baseline competency, from D.C. to KC and everywhere else, are now in doubt.

Witness our City Council’s airport snafu. Witness the Star editorial board’s hysterical overreaction to same. (No, by the way, we are not “apologists” for either camp there. For anybody. Also, that’s a funny accusation coming from a body that has published, among other “chillax, everybody” howlers this past year, two smug, inexplicable defenses of Sinclair Broadcast Group’s FCC tickle party — a shameless horseshit assault on the whole country — let alone a body that failed to say anything useful about the tax-code barbarism that just became law.)

Ditto the Putin-y first year of Eric Greitens’ Missouri governorship. And the shame-faced final year of Sam Brownback’s Kansas delusion. And on and on.

It’s been a lot to keep up with, a lot to push back against. Especially in a year when The Pitch shifted from being a weekly with a small staff to being a monthly with a smaller staff.

Elsewhere, papers of similar origin or aim closed up shop or ended up in the hands of dangerous dude-bro phonies. So no complaints here.

Not even today — my last as The Pitch‘s editor.

Because, even though I can’t talk specifically about the changes now under way here (which haven’t yet been finalized), I can say that The Pitch will continue to exist in 2018, led by an editor you know, whose talents are obvious, and owned — for the first time in almost two decades — locally.

I know survival is a low bar, but look around at the media firmament and nod along with me: The value of continued existence is impossible to overstate (along with local ownership, which is huge). Especially if that existence remains informed by skepticism (not cynicism, and never merely anger) and driven by hyper-local curiosity — qualities this publication’s contributors have always drawn on to produce its award-winning journalism.

Journalism being the object. Nothing less. Sometimes way more. This year has demonstrated how badly that’s needed. Everywhere.

It is a misperception both common and understandable that The Pitch, across its almost 40 years of existence, is less about journalism than it is about the arbitration of cool.

I mean, OK, we were conceived in a record store as a clearinghouse for reviews that might help shift some units. We began steeped in music; that’s cool. But we’ve always had politics and street life on our collective minds. too. Zoning matters and drug ordinances and crime. More important, we have always been cobbled together — as a newsletter-y thing, then as a biweekly, then as a weekly, then as part of a thriving chain of alternative newsweeklies, then as one of hundreds of U.S. media properties punctured by the internet, then as a monthly — not by chic, sexually magnetic visionaries but by furrow-browed nerds. Music nerds. Movie nerds. Political nerds. Art nerds. Theater nerds. Lit nerds. Journalism nerds. Fuckin’ geeks, man. The best geeks.

Oh, you people think you’re so cool, the chorus of comments used to go. Nope. We are a self-aware cohort, and we have from Day 1 understood ourselves to be a cloister of small, blind tree marsupials who find one another via pungent pheromones and cling together for warmth and safety (while, yes, arguing about movies and records and Howard Zinn and Gay Talese).

That’s not a strict zoological fact, but in the 16 years I’ve spent at The Pitch full time (following five years on the masthead as a freelance writer), what I’ve generally shared in common with the rest of the editorial people has been the unique security of preferring this environment to what lies just on the other side of the front door. I don’t just mean the cubicle farms of the workaday world. I mean all of it. Out there: strangers. In here: grammar obsessives and anarchic malcontents and people with Joan Didion tattoos. Why, we could all barely wait to get up at 11 and get to the office by 1. (We actually all worked pretty hard.) Work is for suckers. This place was better.

I won’t rehearse for you the bloody contractions and radical “corrections” that have permanently altered print media. You can know how much these things have hamstrung how we vote, how we shop, how we communicate with one another, you can lament the conglomerative gerrymandering of the mediasphere, and you can still find yourself numb to it at this late date. Because what can you do? Who has any outrage left for another round of layoffs at some paper somewhere?

I’m numb, too, anymore. But I do miss working among enough other writers and editors that you sometimes had to wait to use the bathroom. That you sometimes physically bumped into someone in a hallway if you didn’t both stop reading your page proofs and look up. That you always had to Sharpie your name on your half-and-half in the fridge.

The best geeks. The best place.

But I don’t have to miss The Pitch, because it’s still around. Here, at the end of 2017, that’s some kind of Super Bowl win. And for that fact, more than for anything I can tell you about the great time I’ve had here, I’m grateful.

If you’re grateful, too, then keep reading. Keep sharing stories on social media. Keep commenting and sending emails and calling.

We’re not beaten. Something new is starting. And, from the outside, I’m gonna join ’em.