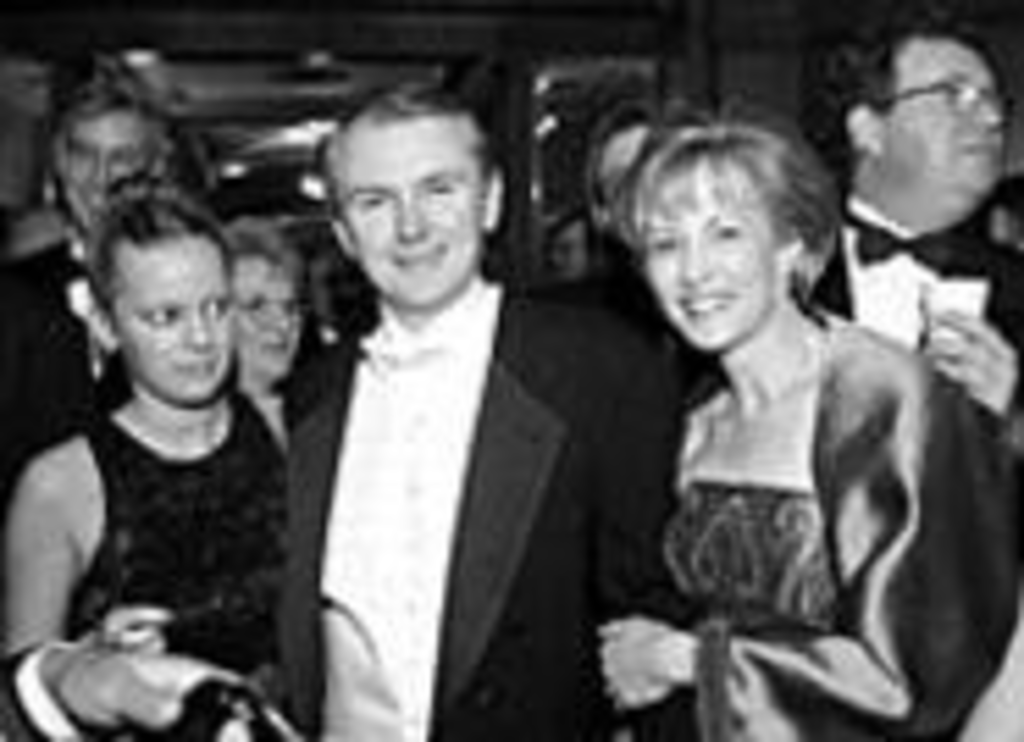 It was the tuxedo that got me.

This summer’s politics might be especially toxic, but if nothing else they provided lively dinner-party conversation the other night among friendly Democrats. Everyone at the table agreed on most of the issues — except who was the better candidate for Missouri governor.

Jessica and Nick (OK, not their real names) were voting for Bob Holden. They thought it was just plain tacky the way Claire McCaskill had muscled in to challenge the governor, an incumbent who had stood up against the Republicans controlling the legislature. Holden had fought for Democratic principles in the most unfriendly of political landscapes, my friends reasoned, and he deserved support in the name of party loyalty.

Besides, said Jessica, “Something about McCaskill just bugs me.”

“He took the time to stop and pose for a picture with my daughters,” Nick said.

And that’s when the truth became all too clear — and a little hard to swallow for a journalist who routinely tortures herself by enduring candidate debates or sifting through the Missouri General Assembly’s online bill-tracking system for details about what genius from what district sponsored what ridiculous piece of legislative smack. Nick and Jessica didn’t much care about reform organization or labor union endorsements. For them, the decision came down to a moment with the kids in the flash of a disposable camera.

So I’ll just bitch about the tuxedo.

One of the other dinner guests wanted to know why some people still gripe about Holden’s inauguration. And because that moment was my equivalent to Nick’s kids’ photo-op with the governor, I’ve decided to use my last few hundred words before the August 3 primary to explain why I’ve never been able to forgive Holden for his idiocy all the way back on January 8, 2001.

It was reportedly the most expensive inauguration in the state’s history. Complete with three separate balls, the day’s festivities racked up a tab of $1,021,826.12. (Missouri taxpayers kicked in $125,400 of it; private loans from wealthy businessmen and contributions from companies such as Anheuser-Busch, Southwestern Bell, Boeing and Monsanto covered much of the rest.) Holden spent $15,000 on chocolate alone.

It wasn’t just extravagant; it was stupid. Strategically inept, at the very least. The economy was well into its post-Clinton disintegration, and the presidential selection of 2000 had just revealed how tenuously the Democrats held on to their scrap of influence. After a gaudy display like Holden’s coronation, how could Democrats in Missouri ever hope to shake the stereotype that they’re genetically programmed to squander taxpayers’ money? How could they ever righteously claim to represent the common people when the new governor was flitting around in a Ralph Lauren formal?

Sure, over the next 4 years he would slink into skirmishes, veto offending bills and help his compatriots in the trenches hold the line on budgets. But no matter how hard he tried, I never saw any evidence that he was any smarter than he’d looked in that tuxedo.

By May 2001, when the inauguration still wasn’t paid off, Holden was forced to give a press conference at which he conceded that he’d spent too much. Pressed on it again during his debate with McCaskill at Union Station last week, he gave an extraordinarily dignified and intelligent response: “We spent too much money on the inauguration, but you know what? We didn’t spend any more than what was allotted.”

I’d watched as Holden and McCaskill debated lots of serious issues last week. And I had some fairly detailed arguments, based on interviews with actual state legislators, that debunked some of Holden’s grandiose claims about his record as governor. Still, I was having a hard time convincing my dinner guests that McCaskill’s challenge wasn’t just an uppity attempt to divide the state’s Democrats.

So I did something tacky myself the next day and staked out McCaskill’s birthday party (a fund-raiser) last Thursday at the new Screenland Theater in the Crossroads District.

I sat around for an hour, outside with the smokers, while McCaskill’s fans filed into the adorable little art-movie venue, with its deco-tiled walls and leopard-skin carpet.

Finally, McCaskill came trekking up the sidewalk by herself in a pink, short-jacketed suit, and I rudely cut her off before she could get inside. I told her about what Nick and Jessica had said and demanded that she explain why she’d had the nerve to challenge a sitting governor. After all, wasn’t that bad for the Democrats?

McCaskill said she was afraid that if she didn’t run, everything Democrats had stood for over the past 20 years would be lost. “I had watched as, under Holden’s leadership, Republicans outmaneuvered us in redistricting,” she said. “We lost control of the Senate, lost control of the House, lost an incumbent United States senator [Jean Carnahan]. I had this sinking sensation that if Holden was defeated [by Matt Blunt in November], I’d be the last Democrat left to turn out the lights in Jefferson City.

“His negatives were sky-high,” she continued. “They were higher than [former California Governor] Gray Davis’.” Of course, she added, “The institutional Democrats are with Holden because he has the power of the party apparatus, which he controls. But I had Democrats all over the state asking me to run.”

McCaskill might not be perfect, but no one can say she isn’t loyal to the party just because she wants to see Democrats win in November. When McCaskill ran for the unglamorous position of state auditor, it looked like she was just marking time until someone in the establishment deemed it her turn to run for governor. But even as she grew impatient — and who can blame her? — she turned out to be an awesome auditor. Even Holden says so. When it comes to figuring out how Missouri can spend its money wisely, she’s no fool. Which is more than I can say for the guy in the tuxedo.