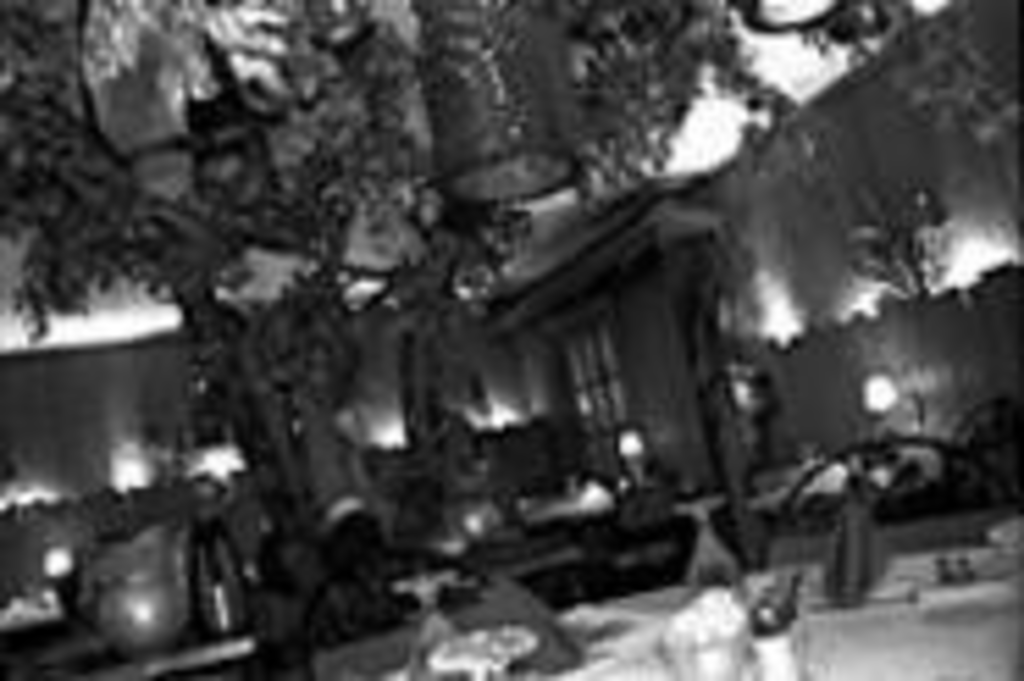 Two weeks before Thanksgiving, Rose Rudi, the assistant manager at Stephenson’s Old Apple Farm Restaurant, had booked more than 1,200 dinner reservations for November 28. She was expecting a hundred more. And why not? If one restaurant in Kansas City captures the robust flavors of early pioneer cooking and a décor that’s as all-American as Main Street at Disneyland, it’s Stephenson’s.

The restaurant’s simple menu, which has hardly changed in half a century, reflects the bounty of Missouri farmland, orchards and cattle pastures: hefty portions of chicken, beef, ham and chops served with fresh green salads, seasonal vegetables and giant baked potatoes. It’s the kind of fare that helped the first colonists grow strapping, healthy children. “When the colonies rebelled against British rule in the 1770s, the American soldiers were, on average, much taller than both the British soldiers facing them and the French soldiers who came to their aid,” writes historian Harvey Levenstein in The Perils of Abundance.

Two centuries later, most Americans are still bigger than our cousins on the Continent — sometimes twice as big, thanks to the national trend toward obesity. But that’s no reason not to celebrate, once in a while, the food of our forebears. At Stephenson’s, it’s easy to give thanks for America’s harvest when you’re eating the best stuff made from all that corn, wheat, milk and honey.

And apples. The nineteenth-century fruit stand that twin brothers Loyd and Les Stephenson turned into a ten-booth restaurant in 1946 has grown up and out, somewhat awkwardly (not unlike nearby Kansas City) over the years. It’s now an oddball maze of hallways and a jumble of themed dining rooms. The coziest room, called the Cupboard, is at the center of the labyrinth. Painted pale blue and white, with dozens of antique Blue Willow china plates nestled into shelves along the perimeter, the space occupies what used to be the entire 1946 restaurant. Next to that, what had been the original kitchen is now another dining room, the Larder.

The five dining rooms are starting to feel pretty dated — the Yard, styled to look like an outdoor patio, is straight out of a 1964 Better Homes and Gardens photo spread — but I have yet to meet anyone who isn’t completely charmed by them. My critical, snobbish mother adored the whimsy of the green-shingled Back Porch nearly as much as she loved Stephenson’s signature slushy apple daiquiris. (She was sloshed before dinner arrived.)

One night, I sat in the Back Porch with two sophisticated friends, the literary Ned and the effervescent Patsy. She remembers driving to Stephenson’s for Sunday dinners in the early 1960s, when Highway 40 was the fastest route. “It took over an hour to get there, and we’d be starving,” she told us. We were eating escargot, which might seem an unlikely appetizer for this farm-style restaurant — the fried chicken livers are more popular — but the hot little snails were delicious in their tawny shells, drenched in a buttery sauce flavored only vaguely with garlic.

We sopped up the rest of the butter sauce with fluffy Parker House rolls, which, Ned reminded us, hardly ever turn up in restaurants anymore. Too old-fashioned, maybe? They date back to Boston’s Parker House Hotel circa 1870, the same year the Stephenson family started farming along this stretch of the old National Road. Bread is still a key component of any meal at Stephenson’s, with several variations between courses: often a flaky, golden biscuit (perfect for slathering with homemade apple butter) or a tiny corn muffin, and always a fried fritter coated with enough powdered sugar to pass as a doughnut.

You can get sweet salads, too, if you prefer such innovative 1950s additions as frozen fruit or marshmallows to standard iceberg lettuce. Depending on your perspective, the marshmallow salad looks like a quivering snowball or a pale breast, complete with a maraschino cherry nipple. “Is it dessert?” Ned asked. No, but the fluffy concoction of sour cream, marshmallows and canned pineapple could be. It was easier to eat than the alternative: a hard, frozen slab of pineapple, cherries, mandarin oranges, cream and cookie crumbs. The salad had defrosted enough by the end of the meal to serve as dessert.

Maybe desserts should be served as the salad course at Stephenson’s, because they’re irrational as a finale. Who could eat anything else after ordering a full entrée built around a hickory-smoked half chicken, the meat all but falling off the bone? It’s not just a chicken dinner — it’s an ensemble: a mound of zucchini soufflé on one side of the bird, a baked potato split open and draped in velvety cheddar cheese sauce on the other, and in an accompanying dish, a puffy little “casserole” made with rice, eggs and herbs.

Ned, who sarcastically predicted that the Creamy Baked Chicken would be “swathed in canned mushroom soup,” ate his words when the restaurant’s richest dish arrived bubbly and browned, baked in real butter and heavy cream. “It’s the most fabulous thing I’ve ever tasted,” he stammered, plucking a forkful of plump meat from the plate.

Patsy loved the perfectly medium-rare, marinated 12-ounce strip, though she was less entranced with its glossy mushroom-wine sauce. She thought it tasted of apples, but Ned detected sage — though neither ingredient is actually in the recipe. Unfortunately, there wasn’t much in the way of mushrooms, either.

Other notable dinners include slices of slightly smoky, tender beef brisket, which come either unadorned or brushed with a kicky horseradish sauce. A pair of thick loin pork chops were surprisingly moist under a lightly caramelized coating, easy to cut with just a fork and delicately flavored with a hint of hickory smoke.

Dinners here are history lessons, from bread to brisket to baked vegetables. Pioneer Americans, Levenstein writes, “were suspicious of fresh vegetables and preferred to cook them (and fruits, too) until they were almost mush.” Stephenson’s vegetables aren’t mushy, but they’re frequently whipped with eggs as fluffy soufflés or baked en casserole. Stephenson’s focus has always been on meats — even the baked mushroom caps contain ground beef. But diners who want seafood can get a fillet of grilled salmon splashed with a citrusy Hollandaise or that old Midwestern standby: deep-fried jumbo shrimp.

Downstairs, the restaurant’s only smoker-friendly dining room — the Parlor — is done up in shades of red like a B-movie bordello. There, diners can order a completely retro 1950s dinner: crunchy fried shrimp and a Grasshopper cocktail or Mrs. Truman’s Famous Fruit Punch (a secret recipe made with, one server confessed, “lots and lots of rum”) and a cigarette.

Dessert cocktails made from ice cream and liqueurs have never gone out of style at Stephenson’s. Pink Squirrels and Tumbleweeds share menu space with less potent choices such as pecan pie. All of the five desserts are made in the Stephenson’s kitchen, and three of them feature cooked apples: a lovely, spicy dumpling; a parfait drenched in a cider-brandy sauce; and a massive wedge of pie with a thick blanket of flaky pastry.

I wound up taking the pie home in a styrofoam box and eating it, cold, for breakfast the next day. Then I rolled up my sleeves and went out to confront life along the Missouri River. Today’s wilderness is much different from the one encountered by Kansas City’s earliest settlers, but I felt just as well-fed.